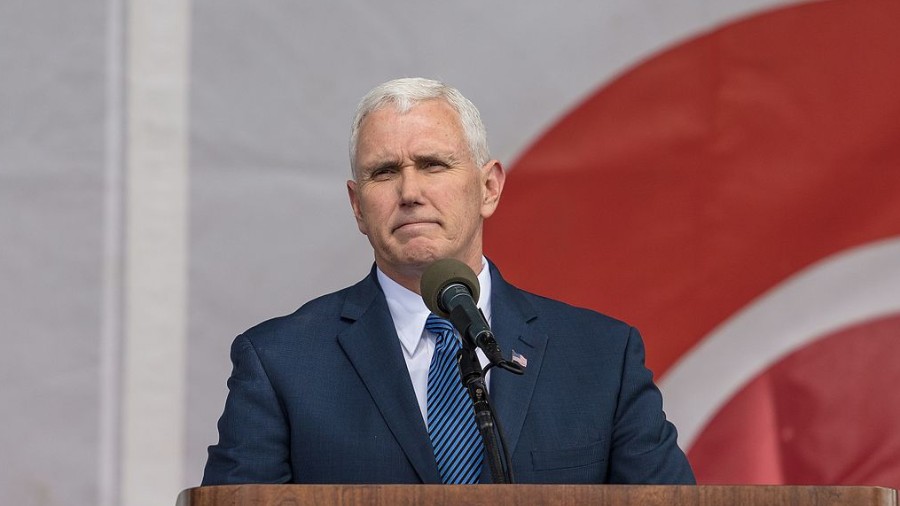 Mike Pence addresses the 2017 March for Life in Washington, D.C.

Planned Parenthood has sunk to a new low.

As I scrolled through my Facebook news feed earlier this week, a paid advertisement caught my eye. It was trimmed in hot pink and showed a photo of Vice President Mike Pence, with graphics that appeared to shower him with various forms of contraception. The appalling caption read, “Make a donation in Mike Pence’s name to the Planned Parenthood Action Fund and we’ll send him a note letting him know about your gift.”

That’s right — the wealthy abortion industry seeks to monetize its mockery of a devout man who believes that every human life is precious, and that even the weakest and most vulnerable members of our society are entitled to legal protection.

I know a little bit about how Facebook advertising works. When you pay for an ad like this, you define the audience for it, using demographic features like age, gender or geography. You can even target the ad toward people with certain interests or who match a certain income or education level.

The wealthy abortion industry seeks to monetize its mockery of a devout man who believes that every human life is precious.

So I’m not sure how I showed up in Planned Parenthood’s target audience. Is it simply because I am a woman? Because I am an attorney or meet an income threshold they think makes me a likely donor? Whichever algorithm they used, it was way off in my case. I am horrified by this advertisement in every possible way.

What This Ad Tells Us

It’s not surprising that America’s abortion giant would ramp up its appeal for donations even as tens of thousands of Americans marched for the cause of life in Washington, D.C. What is surprising to me is the blatancy with which they mock goodness. I’m also surprised by the lack of backlash against it, at least by the more “moderate” supporters of legalized abortion.

I’m not talking about the activists who are so blinded to truth, so lacking in mercy that they actually call abortion “good.” I’m not talking about those who proudly post their abortion stories on the “Shout Your Abortion” website, which sells a necklace bearing the word “abortion,” and describes it as “A beautiful way to let the world know that abortion is just fine.”

I’m talking about the quiet supporters of abortion rights. The ones who say, “I wouldn’t have an abortion myself, but I think women should be able to make that decision for themselves.” They must have been included as targets of this ad, and I must have been mistaken for one of them. So I’d like to speak to those reluctant abortion supporters right now.

Do you see how the lobbying arm of the wealthy abortion industry is doubling down on cruelty? For it is surely cruel to inform a man who champions the pro-life cause that donations for abortion are being made in his “honor.” And if you see this, does it not trouble you that such an industry receives taxpayer funding in the neighborhood of $500 million per year?

Gray Areas vs. Black and White

In our complex world today, there are many murky issues. On those issues, disagreement among well-meaning people with good intentions is completely understandable: When is it right to declare war, if ever? Is medical marijuana more helpful or harmful? Should government be the primary caregiver for the poor? Is the death penalty ever appropriate? I can have a definite, solid position on each of these issues, while considering the opposite position still reasonable and valid.

There are some issues, however, where black is very black and white is very white. And because it is characteristic of evil to hate goodness, I think these issues can sometimes be identified by the depth of hatred displayed in their advocates’ tactics.

This is the case, today, with abortion. This personal attack on our pro-life Vice President is a hateful mockery of the man’s virtuous concern for human life. It is cruelty paraded to solicit funding for the steady destruction of tiny human beings.

What can we do in the face of such hate? We can seek to overcome evil with good. Here are a few practical ideas:

And last, but not least, stand firm against the diversion of taxpayer dollars — in any form — toward organizations that mock what is good and treat any human life as disposable.