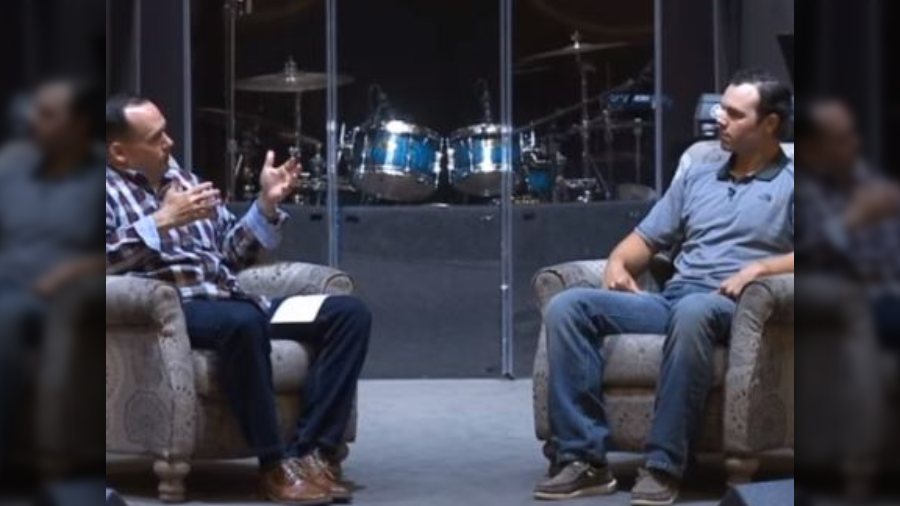 Minor League pitcher Blake Bivens found out his family was murdered when he looked at Facebook. Last August, Bivens’ young wife and son, along with his mother-in-law, were killed. Bivens’ brother-in-law was charged with three counts of first degree homicide.

Bivens, 24, was with his Double-A team in the Tampa Bay Rays organization in Chattanooga, Tennessee, when he got the call telling him to come home. At the airport he looked at Facebook. That’s when he realized his family was gone. “First headline I see is two females and a small child were gone,” Bivens told ESPN. “I immediately knew that was them. I found out my family was gone over a Facebook headline. I just immediately began to scream in the middle of the airport.”

His brother-in-law, Matthew Thomas Bernard, 19, was charged with the crimes. The victims were Bernard’s mother Joan Bernard, and his sister Emily and nephew Cullen, just 14 months.

The hardest moment for Bivens was when he went into his son’s room and realized he was never going to see him again on this earth. “That was the worst moment of my life,” he told his pastor at The River Church in Danville, Virginia. “But then again, I know we’ll see him again one day and it won’t be long.”

Bivens turned to Scripture for comfort. “When I read, ‘Take heart, for I have overcome the world,’ it completely flipped the switch in my heart. And from that moment on, I knew that this was not going to beat me, this was not going to beat my family. I was going to live in victory the rest of my life. And I was going to use this as a testimony to show what he has done for me, he can also do for others.” Bivens knew at that moment that God was with him. “And the only thing I knew to do was just laugh in the enemy’s face because he had thought he had won but all he’s done is awoken a sleeping giant.”

He was raised in the church and believes his family laid a foundation of faith for him. “No matter what, we rely on God and his promises.” He believes that his faith is a gift. “It’s not me, it’s Him.”

Bivens learned that God understands, even when we feel no one else does. “He understands every bit. He understands every tear, he understands every sleepless night.” The athlete was depressed and didn’t understand why this had happened to him. He didn’t think anyone understood his pain. “One day the Lord just kind of opened up my eyes and said, ‘You know, I sent my only begotten son to the cross. I had to turn my back on him as He was brutally murdered and beaten, as he hanged on the cross.’ I said, ‘Well, if there’s someone who understands, You do. You really understand every pain I’m feeling.'”

People don’t need to understand everything that happens in this world. One day it won’t matter. “When you step into eternity, anything and everything that has happened to you here on this earth, it’s going to disappear. It won’t even be a problem to you anymore. All of our issues and all of our problems were solved on the cross.” He added that if we put our problems in God’s hands, He will bring us out of our biggest storms, no matter what they are.

Bivens is looking to the future when he will see his family again. “I think the greatest comfort for me is been knowing without a shadow of a doubt where my family is. I know they’re in the arms of Jesus and they’re waiting for me to be there with them.”

Some Day, We’ll Get Back to Baseball — and God