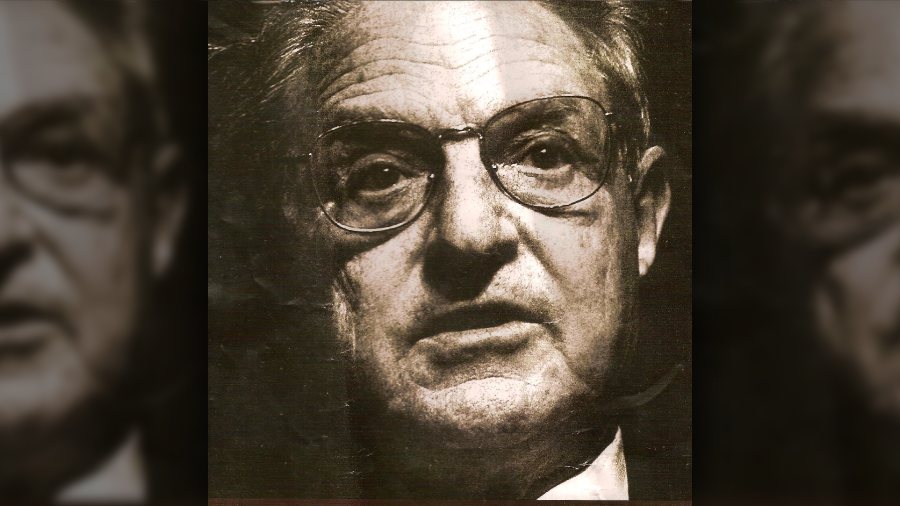 The so-called “fact checking industry” (which is surprisingly bad at checking facts) is among those that George Soros has seen as worthy to fund.

PolitiFact is the most known of the major U.S.-based fact checkers and is the one most often for their obviously biased work that exists to uphold leftist narratives and justify the censorship of right-wing views.

Among the major funding for PolitiFact’s parent Poynter has come from the Soros-backed Tides Foundation and Tides Center, and Soros’ Open Society Foundation itself, and it shows in their coverage. If you ever find yourself Googling George Soros’ name, you may find an ad from PolitiFact encouraging you to learn the “truth” about Soros. “George Soros does not pay protesters. Here’s the truth. The real purpose of the ‘paid protester’ myth.”

A leaked concept paper for George Soros’ Open Society Institute from the liberal (and Soros-funded) New America Foundation praised PolitiFact, FactCheck.org, and the Washington Post fact checker specifically for their role in the 2008 and (then forthcoming) 2012 election and argued that they should be amplified, describing the emergence of fact checking sites as “one of the few bright spots” in the media landscape.

Expect in the next few days for Matt Palumbo, Dan Bongino, John Zmirak, and perhaps The Stream itself to get denounced in some liberal medium for “amplifying anti-Semitic conspiracy theories.” Thousands of people will read a claim like that, for every one who clicks on the link and discovers it’s nonsense.

Because George Soros can do whatever he wants, and if you criticize him you’re a bigot. Complaining that this billionaire ideological nutcase has helped elect a pro-crime district attorney in your city (as he did in my city, Dallas) simply isn’t allowed. Just shut up and deal with it. Or move someplace else. If you say anything at all, then you are literally Hitler. Even if you’re pro-Jewish or yourself Jewish. Have you got that? Good. Now we can move on.

“We All Appreciate Mr. Corleone’s Patriotism”

If you’ve ever watched The Godfather, Part II, you’ll remember the scene. Michael Corleone (Al Pacino) sits before Congress, immaculately groomed and coolly lying through his teeth. Does he run a criminal empire? “No, Senator.” Has he ordered dozens of murders? “No, Senator,” and so on.

Check out this video on the initiatives which Soros and his organizations have launched attacking our values and institutions.

The best part of the scene is when attorney Tom Hagen (Robert Duvall) stands up and righteously tries to “cancel” the organized crime committee for anti-Italian bigotry. Not only is organized crime a myth, but it’s a product of ignorant hatred, an un-American instance of irrational bigotry worthy of the Klan or even the Nazis — whom the brave Mr. Corleone won combat medals fighting.

If You Oppose the Mob, You’re a Bigot, Case Closed

Indeed, the actual leaders of New York crime families strove to prevent the movie version of The Godfather from being made. To do that, they used a mixture of secret threats of violence, and public campaigns by self-righteous non-profit front groups. The latter would denounce as “bigotry” aimed at Italians any efforts to collar the Mob — which of course preyed first on the 99.99999999% of Italian-Americans who obeyed the law and loved our country, who ran clean businesses and feared the criminal element as a curse that had followed them from the Old Country. (It would take Rudy Giuliani, himself Italian, to flout this PC nonsense and actually bring the Mob down.)

In the neighborhood where I grew up, we knew that the worst bullies and burgeoning thieves were the sons of low-level mobsters, whom most Italians carefully avoided. (You don’t want to owe those people any favors.) One summer as a kid, I got a job (unknowingly) working for one of the non-profit pressure groups which these Mob bosses had set up. My mom was a gambling addict, who played poker at illegal games held at Catholic churches throughout Queens, which it turned out (surprise!) the Mafia was running. So she “knew people,” know what I’m sayin’?

For the whole, outrageous story of Mob bosses playing the victim card, watch the brilliant Netflix series about the making of The Godfather, based on its producer’s war stories, The Offer.

Of Dog-Whistles and Attack Dogs

Let me state this flat-out: The staggering, overwhelming, representative and almost exhaustive majority of Italians everywhere have nothing whatsoever to do with organized crime — and in fact actively hate it, having suffered from it worse than most. So those who falsely accused crimefighters of anti-Italian bigotry were in fact the bigots themselves.

It was the pro-Mafia activists who equated “Organized Crime” with “All or Most Italians,” as if running criminal gangs were an essential part of Italian culture. Just the same is true of leftists today who claim that “law and order” is a “racist dog-whistle.” They say that because they secretly believe that “Black American” equals “Street Thug.”

Nice defenders your community has got there. It would be a real shame if something were to happen to them … .

And the same principle applies to George Soros and Jews. The staggering, overwhelming, representative and almost exhaustive majority of Jews everywhere are not sleazy currency speculators who use their ill-gotten billions to fund radical leftist conspiracies around the world, undermining Western countries including Israel. You don’t need to believe in historic anti-Semitic stereotypes to accept the plain facts about George Soros, any more than you’d need to hate all Italians to accept such facts about Al Capone.

What do we think about people who attack the prosecutors investigating the Mafia as anti-Italian bigots? We think, correctly, that they’re either a) working for the Mafia directly or b) so addled by ugly stereotypes regarding Italians that they can’t distinguish innocent ones from the guilty. Neither picture is pretty.

The same is true of reporters and editors who treat any reference to George Soros’s very real, massively well-funded leftist and globalist activism as evidence of “Anti-Semitism.” Such propagandists are in fact cheapening the memory of the victims of the Holocaust, and other anti-Semitic atrocities such as blackened Christendom over the centuries. They’re using innocent, patriotic, hard-working, honest and virtuous people murdered by the Nazi criminal gang as human shields for one man’s corrupt and corrupting activities. As someone who has written books on anti-Nazi heroes, studied the evils of the Holocaust in grueling detail, and battled against intolerance within my own Church, that sickens me.