Pharisees yesterday and today love to repudiate a person by the quality of people they seek to reach or those who admire them. 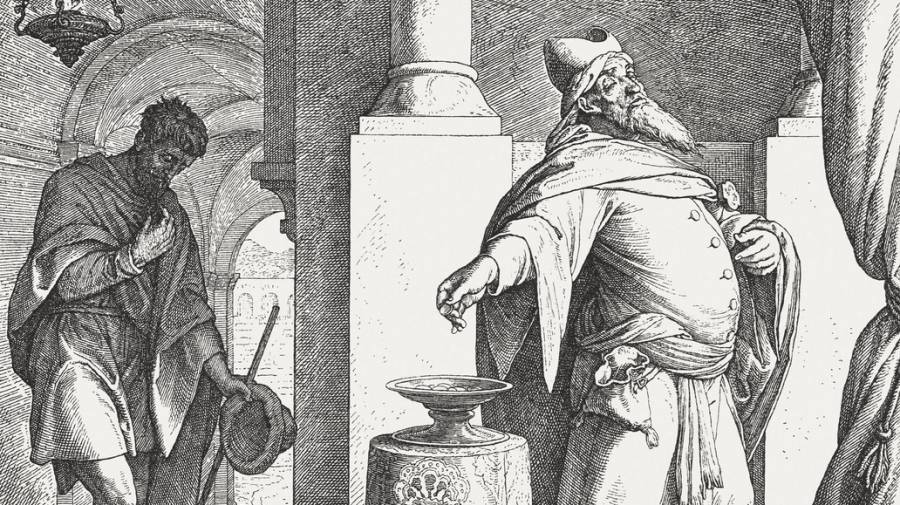 Any success enjoyed by those who did not uphold the Pharisees’ party line threatened them. Keep in mind that the Pharisees were a party or sect within Judaism. They wanted prestige and glory for their own party and party line. They feared being outnumbered and were therefore threatened by the common people talking to fondly to Jesus and believing that He was the promised Messiah. This really upset Pharisees. Therefore, when Jesus enjoyed any measure of success (though Jesus was not trying to be “successful” as such) — whether by growing crowds or performing a miracle — the Pharisees were then thrust right out of their comfort zones.

A Matter of Jealousy

It was basically a matter of jealousy — the sin we never see in ourselves but readily see when others have it. Jealously always intensifies when we are pushed suddenly and without warning outside our comfort zones. When we choose to go outside our comfort zones because of obedience to the Lord, it is a different matter; jealousy has greater difficulty growing. But when we are threatened by another’s anointing, as Saul was threatened by David (1 Sam. 18:12) our insecurity grows. Fears spread from the crowns of our head to the soles of our feet. This is what was happening to Pharisees every time Jesus opened His mouth or performed another miracle.

Even Pontius Pilate knew that “it was out of self-interest that the chief priests had handed Jesus over to him.” (Mark 15:10, NIV) They were threatened by the miracles. They were threatened by Jesus’ treatment of the Law and His doctrine of sin. And they were, of course, threatened by not achieving “significance” for themselves from the applause of people. What really got their goat was having to watch someone outside their own party winning the hearts of the people.

Out of Their Comfort Zone

As I mentioned, “The common people heard him gladly.” (Mark 12:37, KJV) On one occasion (see John 7:45–49), they sent temple guards to bring Jesus in so they could arrest Him, but these guards came back without Jesus. Their exchange is recorded in verses 45–47, NIV.

The Pharisees asked them, “Why didn’t you bring Him in?”

“No one ever spoke the way this man does,” the guards replied. “You mean he has deceived you also?” the Pharisees retorted.

This thrust Pharisees right out of their comfort zone. In verse 49, NIV, they resorted to their theology.

“This mob [the people following Jesus] … knows nothing of the law.”

Their ultimate weapon against common Jews was the threat of putting out of the synagogue anyone who confessed faith in Jesus. (John 12:42) The typical ploy of a Pharisee is to motivate by fear.

Their attack lay in the idea of guilt by association. This tactic was used by Pharisees then, and it continues to be used today. If people who are attracted to you — or people you spend time with — are unworthy, theologically inarticulate, not of good stock or respectable credentials, all of you are in the same boat together and should be regarded as being cut out of the same cloth. You are all equally guilty to a Pharisee. You prove your guilt by those with whom you are friendly.

The Pharisee trump card is, therefore: criticizing the kind of people allowed to be around Jesus, the quality of people affirming Him and the background of those who were brought closest to Him. “This man welcomes sinners and eats with them.” (Luke 15:2, NIV) This, to the Pharisees, should be enough to indict Jesus as one to be shunned; surely this would cause everybody to turn against Jesus. But it didn’t work. Jesus even pleaded guilty to the charge and told several more parables (Luke 15 and 16) to show that the Father loves and welcomes sinners into His family.

Pharisees yesterday and today love to repudiate a person by the quality of people they seek to reach or those who admire them. Jesus surprised everybody by choosing a tax collector to be one of the twelve disciples. That was just not right! The Pharisees, on the other hand, quickly wrote of those who mixed with non-adherents to their party line.

I once received a letter from a man who ended it with these words: “May God have mercy on your soul.” I doubt the man really wanted this for me, because I spent time with Yasser Arafat and sought to lead him to Christ. I was charged with guilt by association.

Another example was when one of the closest friends I ever had parted ways with me because I accepted a preaching invitation of which he did not approve. His reason was that it did not make him look good since I was known to be close to him. It did not suit him for me to be seen preaching to that particular group of Christians. Again, it was guilt by association.

But on another occasion, I experienced a different outcome. I had a close ministerial friend at the time who refused to go into a bar to witness for Jesus. “Why?” I asked.

“Because someone might see me go in and think I was there to have a drink.”

I said to him, “Surely your life is such that people never question why you would be there. Jesus would not care what people thought but would be right in the middle of that bar.”

He eventually took my advice and has since thanked me. He began to see God work in his ministry when he did not worry about his reputation.

Reputation means everything to a Pharisee who is looking over his shoulder all the time to see who is watching. The Pharisees wanted to preserve the Law, their fence around the Law, and the reputation of their forefathers who thought they were the last to see God work powerfully in Israel.

God is Doing Something Today

The Pharisees were in their comfort zone when praising the great men of God of the past, but they were threatened by the thought that God was doing something new. The notion that He would be at work today put them right outside their comfort zones.

For many, it is great indeed to hear of the wonderful revivals of the past, of men of God who did marvelous and courageous things two hundred years ago, or perhaps only fifty years ago. But not today. We are in our comfort zones talking about what God did yesterday. But talk of God doing something today, unless it is on some remote island in the Third World, is too threatening a topic. Anyone who says that what is happening now is of God will be treated with disbelief.

This was part of the offense when Jesus stood and read from Isaiah 61:1–2, then sat down and declared, “Today this scripture is fulfilled in your hearing.” (Luke 4:18–21, NIV, emphasis added) It was of great offense when Peter, speaking on the Day of Pentecost, said that what was going on before their very eyes was the fulfillment of the prophet Joel’s words (Acts 2:16–21). Any reckoning that God is at work now makes us all uneasy; but Pharisaism behind the surface breaks out in fear and suspicion.

Pharisees are even threatened by those who actually do not pose a threat to them at all — for example, children. The ire of self-righteousness will rise in the Pharisee when children lose their heads and get involved in worshiping Jesus. This happened on Palm Sunday. “But when the chief priests and the teachers of the law saw the wonderful things he did and the children shouting in the temple courts, ‘Hosanna to the Son of David,’ they were indignant.” (Matt. 21:15, NIV)

What do children know? How much theological training could they have received? What’s more, these children were shouting! That sort of thing always makes religious people uneasy. When we see kids — or any young person — getting carried away under the inspiration of worship and praise, we get very uncomfortable. We are afraid things will get out of hand.

I have watched God move powerfully over the years when children get involved. I have often thought that the next move of God on earth will witness children and young people doing mighty things for the Lord — possibly even leading the way.