Peter Singer Wants to Teach the World His Song of Death

And Make It Mandatory 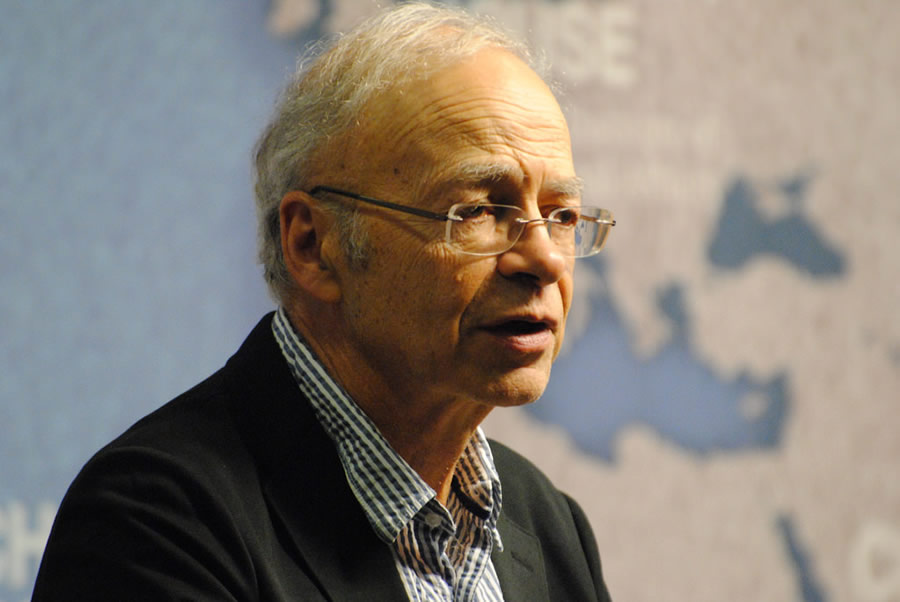 It’s always amazing to me when I see Peter Singer’s name crop up on an article. I keep guessing he’d have been tarred and feathered and purged from polite society by now.

But no. He’s tolerated, because tolerating lunatic despicable blood-and-death-loving savages like Singer is what we do. We on the right are nice people. We are nice to Singer.

Singer is not nice to us. He joins two others, who I bet have never ever said “I wish my mother aborted me,” in writing yet another article claiming there are too many people. I also bet Singer and his co-authors feel they are not part of the surplus population.

They begin with Paul “Population Bomb” Ehrlich, whose overpopulation predictions were so monumentally wrong that even climatologists blush when reading them.

But error, even gross malfeasant preposterous error, is no bar from being venerated as a prophet when your heart is in the right place. And Ehrlich’s heart is just as black as Singer’s.

Ehrlich, a biologist, argued that if voluntary family planning didn’t reduce population sufficiently to avoid famine and other natural disasters, then coercion and the withdrawal of food aid to some countries would be necessary and justifiable.

Wait. Did he say remove food to avoid famine? I don’t get it, but then I am not a tenured biologist.

Anyway, starvation is a scientifically proven way to kill off undesirables. Just ask the Ukrainians who lived through an application of Ehrlich’s far-left policy. No one but God knows the total, but guesses say from three to eight million were Ehrliched in the Holodomor.

That sounds like a lot, but it’s not even one percent of the world’s population. We’re going to have to do better.

Feminists, Singer and pals tell us, were the first to object to China’s original one-child policy. But feminists have now seen the dark.

Both feminists and population stabilization advocates now agree that providing reproductive health services to women is first and foremost a right in itself, as well as the best and most ethical way to slow population growth.

Reproductive health services is the super fun euphemism invented by the left which means cutting enwombed babies into small parts and selling them to raise shopping money. Incidentally, if feminists have the “right” to kill, why don’t we have the “right” to, as writer Kevin Williamson may or may not have meant seriously, string abortionists up by the neck until dead? Just asking.

The trio of population stabilization advocates tell us there’s soon going to be a lot more black Africans around. Some Nigerian women have as many as five children! Which is nothing. Queen Victoria had nine. And she lived on a water-drenched gray island whose benighted inhabitants have lost all knowledge of how to comb hair.

Using what is doubtless sophisticated population-stabilization math, our trio conclude that “rapid population growth means many dependent children for each adult.” People who have more kids have more kids to care for. That’s the kind of Science™ folks like Singer are justifiably famous for.

Don’t applaud yet. Because they also infer this gem: “If fertility were reduced, there would be fewer children and more adults able to work.”

That there would be fewer adults to work in a few years time seems to have escaped their notice. But Science™ is, we are told, self-correcting. They’ll get it right next time.

What’s odd is the authors’ whiny, we’re-victims-too tone. They go on and on about how talking about population control is “taboo,” and how sad it is the UN did not dare “to suggest that it might be desirable to slow the increase in human population.” They make the risible claim that “Researchers say they are discouraged from writing about the links between population and climate change or the survival of marine environments.” Don’t tell that to Google scholar.

If talk of population control by global academic elites was taboo, how is it they are talking about it? In the Washington Post. And on every college campus and venue infected by their presence. Talking about it as Ehrlich has done for decades. All to great and sustained applause from the left.

Pro-Lifers, We Must Rely on Science — But Not Exclusively

Keep Calm and Have Kids: The Climate Can Handle It