Pestilence in an Age of Decadence

But we hold the key. 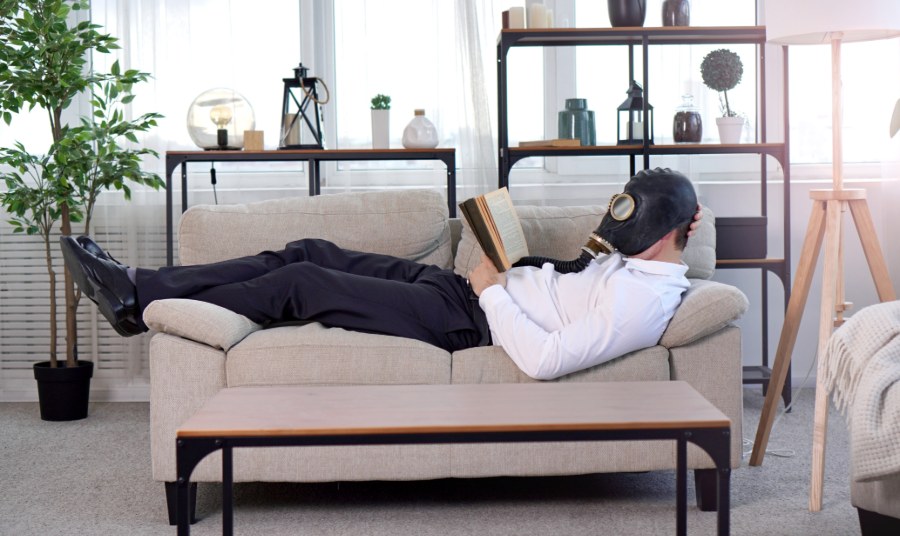 Interesting that Ross Douthat’s new book, The Decadent Society: How We Became the Victims of Our Own Success, was published on the cusp of the COVID-19 alarm.

“Decadence,” he writes in italics, “refers to economic stagnation, institutional decay, and cultural and intellectual exhaustion at a high level of material prosperity and technological development.”

“The truth of America and the West,” he continues, “is that we have not been hurtling anywhere — except maybe in a circle. Instead, we are aging comfortably and stuck, cut off from the past and no longer optimistic about the future, spurning both memory and ambition while we await some saving innovation or revelation, burrowing into cocoons from which no chrysalis is likely to emerge, growing old unhappily together in the glowing light of tiny screens.”

Many Americans are living out that last sentence at this very moment. Substitute “social distancing comfortably” for “aging comfortably” and you’ve pretty much summed up the last two weeks as we’ve happily traded our freedom for a little extra safety.

Douthat’s book is sobering and more than a bit depressing. We’re rich and comfortable and living in luxury far beyond our great-grandparents’ wildest dreams. We’re also stagnant, living off the fumes of past inventions, successes, and achievements. If not disrupted by something, this could go drearily on for ages.

Catastrophes, Douthat notes, have a way of disrupting decadence. And now there’s COVID-19.

Will this tip decadence into economic depression and chaos followed by, in the best case scenario, a new vibrancy and rebirth? I hope and pray (and suspect) it won’t. Mass poverty, ruin, and death are not my idea of a good solution. People will get back to work before we go over the cliff.

If you’re old enough to remember the spiritual awakening the 1970s, you’ll know what I’m talking about. If you’re not old enough, find someone to tell you about it.

While at seminary, we spent lunchtime on the Boston Common evangelizing. We prayed for and worked for the conversion of our neighbors and learned apologetic arguments. Some set off for long-term, career missionary service intending to convert, not console. We read Lewis, Schaeffer, Sproul, Bonhoeffer, and Dostoyevsky, debated about existentialism and modernity, and worked to “take every thought captive to obey Christ” (2 Corinthians 10:5) — even while studying at secular colleges and universities. Contradict and debate the professor? It happened more often than you would think.

Just writing about it brings back some of the excitement, the thrill of the Christian faith, the sense of being part of the Church militant battling the world, the flesh, and the devil while laboring in those fields “white for harvest” (John 4:35).

Don’t wait around for your pastor or priest or bishop to act. You will probably be disappointed. Danger and death are on our neighbors’ minds as they sit cocooned in their well-appointed, high-tech prisons.

Yet for the great majority of my generation of Christians, I don’t think it’s that way any more. Yes, we still believe and practice the faith, but we don’t evangelize. We’re more comfortable than thrilled. And far too many seem to regard church as something you can take or leave rather than central to Christian life, faith and mission. And my impression is that it’s not just my generation.

Rather than standing against cultural decadence, we — with a weary yawn and a sigh — have succumbed. It may be a decadent rut, but it’s our decadent rut.

Our Mission: Unlock the Prison of the Whole World

In his book Everlasting Man, G.K. Chesterton noted, “Christ founded the Church on two great figures of speech. … The first was the phrase about founding it on Peter as a rock; the second was the symbol of the keys.”

Regardless of what you believe about Peter the rock, it remains a bedrock that Christians carry the Gospel as a key.

Chesterton wrote, “[The Early Church] definitely asserted that there was a key and that it possessed that key and that no other key was like it; in that sense it was as narrow as you please. Only it happened to be the key that could unlock the prison of the whole world; and let in the white daylight of liberty.”

That’s a good summary of our mission: unlock the prison of the whole world, a prison that is clearer today than it has been in years.

So don’t wait around for your pastor or priest or bishop to act. You will probably be disappointed. Danger and death are on our neighbors’ minds as they sit cocooned in their well-appointed, high-tech prisons.