Our children who aren't yet seen are not considered human people — not by many in power. This grim truth was cast into the spotlight last week. 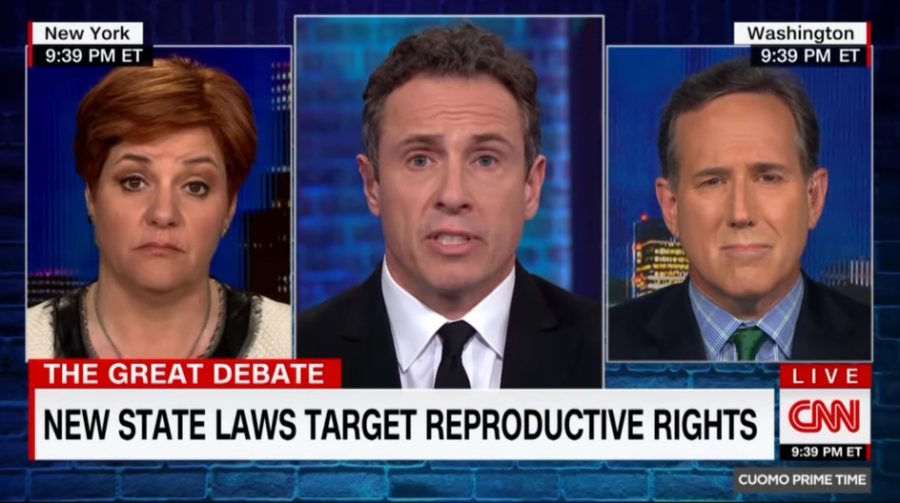 There is a lot to consider on Mother’s Day.

And there are the children who are not yet here, on the outside, anyway. But they are here, inside of us. There, inside of her. Existing. Alive. Distinct. Growing human people.

But they’re not considered human people — not by many in power. This grim truth was cast into the spotlight last week. “Do you realize a baby dies in an abortion?” Rick Santorum asked on CNN. “Are you ignoring that fact?”

Host Chris Cuomo objected, “It’s not a legal fact.” Unless a fetus is a “viable human being, it is not recognized under our law as a person.” Viable? That’s what determines personhood? If so, we’re on shaky ground. Viability changes. What is possible today wasn’t possible ten years ago. Babies are surviving after earlier and earlier births.

So is personhood determined by the quality of our medical equipment? The level of our medical expertise? What does that mean for unborn children in third world countries — not as “person” as the rich ones, because they’re more likely to die if premature?

“The only thing that can be created by two human beings is a human being,” Cuomo admitted. But “the law recognizes a person, with rights, at a certain standard. You are conflating the two,” he tells Santorum, meaning personhood and humanity.

But aren’t they conflated? Aren’t they the same? How can they not be? If being a human doesn’t equal being a person, what does?

Much of human existence has been about the fight for personhood. From ancient times to now, from plantations to concentration camps, evil voices in power have declared that certain humans weren’t persons, because they didn’t meet “a certain standard” of “the law.”

Is this a part of history we’re okay with repeating? Who else’s personhood are we willing to risk under such arbitrary standards?

Christine Quinn, board member of the National Institute for Reproductive Health, went even further than Cuomo. She skipped the personhood debate. She denied fetal humanity. “When a woman gets pregnant, that is not a human being inside of her. It’s part of her body.”

Ignorance? Surely not. Blatant lies? What else?

“The single-celled embryo is not just a cell, but an organism, a living being, a human being.” That’s what the American College of Pediatrics says. And others. Children are human beings from conception with complete sets of distinct DNA. That is not an argument. That’s a fact, “based entirely on an objective, factual analysis of human embryonic development.”

Mourn with those who miss theirs.

Comfort those who long for children.

Open our homes to children in need.

But as we reflect on life today — its joy, pain, beginning and end — it would be remiss of us not to rebuke those who deny the humanity and personhood of so many children. Children who are alive, distinct, and so very much here, just not yet in their mothers’ arms.

What the Kansas Supreme Court Forgot