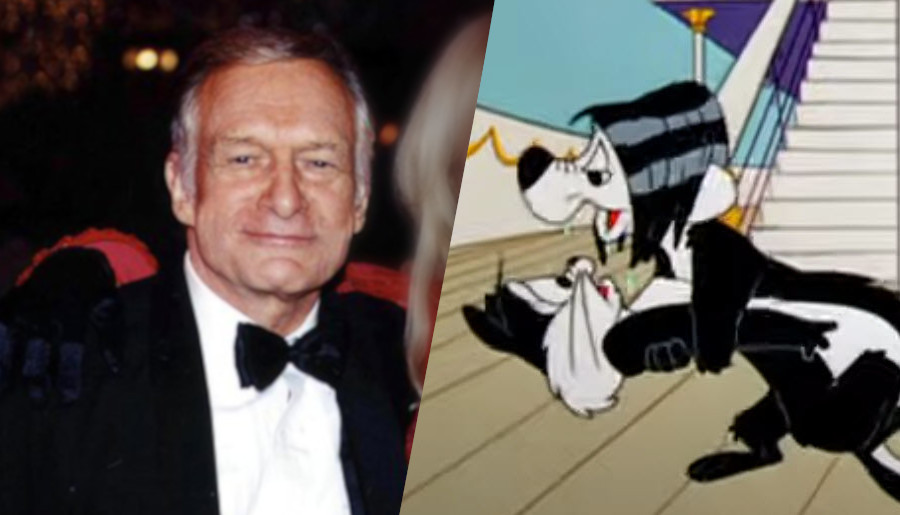 A cartoon skunk is now the face of the rape culture. Pepè Le Pew, the lovestruck, clueless, ostensibly French, romancing skunk has found himself in the crosshairs of New York Times columnist, Charles Blow. In a recent column, he said that the besotted skunk normalized the sordid culture of rape. In an otherwise thoughtful piece on how children experience racism, Mr. Blow’s toss-away condemnation of a cartoon skunk garnered him the most attention. In response to the outcry, he doubled-down. Unfortunately, blaming a cartoon character for the rape culture minimizes both the suffering of rape victims and the deepest roots of the problem.

A better cultural icon to cancel would be someone like Hugh Hefner. And the deep root of the rape culture problem is the Sexual Revolution itself.

Mr. Blow defended himself on Twitter, expounding on the enamored pole-cat’s sexual misconduct. “1. He grabs/kisses a girl/stranger, repeatedly, w/o consent and against her will. 2. She struggles mightily to get away from him, but he won’t release her. 3. He locks a door to prevent her from escaping.” 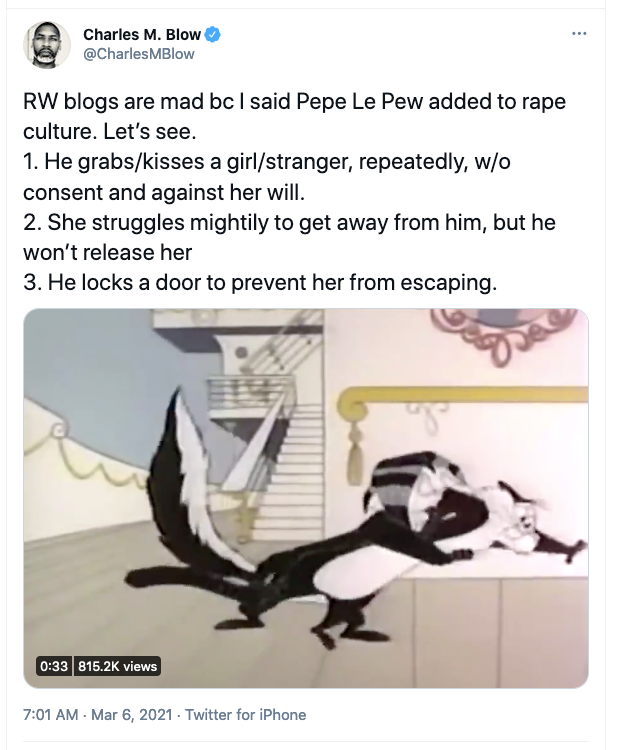 Perhaps Charles Blow should re-watch those old Pepè Le Pew episodes (if they’re not canceled yet). He might see that Pepè is presented as someone the other characters avoid. He’d also see that even Pepè Le Pew doesn’t like when the tables are turned. The obvious comedy of the situation might be too nuanced for a grown up to get. But kids understand intuitively that the seductive skunk is not a role model, but a laughable character, whose antics should not be replicated.

If we are going to retroactively cancel cultural icons because of their encouragement of rape culture, let’s start with Hugh Hefner. Reflecting on his work in an interview in 2010 he said, “The notion that Playboy turns women into sex objects is ridiculous. Women are sex objects.”

The same report from The New York Times quotes the National Center for Missing and Exploited Children’s statistics on how the exploitative content of minors has exploded. In the space of four years (2015 to 2019) there was a shocking 964% increase, going from 6.5 million reported exploitative images, to 69.2 million reported such images and videos. In the face of this type of data, it’s hard to blame the rape culture on a cartoon skunk kissing a painted cat. 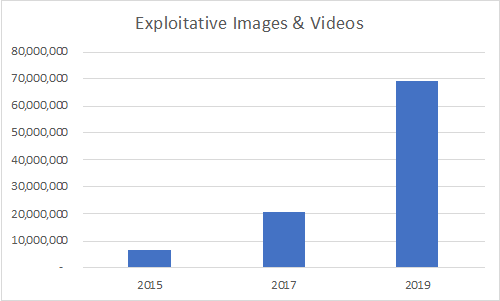 The Pervasive Ideology of the Sexual Revolution

We’re not so sure. Writing in the National Catholic Register, one of us challenged the Sexual Revolutionary view. Evidently Kristof and Blow both accept the idea that lack of consent is the only possible basis for judging a sexual encounter as immoral. We think this places more weight on “consent” than it can bear.

The #MeToo movement bears this out. So do the cases of Harvey Weinstein, Jeffrey Epstein, or former Cardinal Theodore McCarrick. While these three men operated in different sectors of society, they all operated according to the tenets of the Sexual Revolution. Weinstein promised his victims stardom through his wealth and influence. Epstein offered his victims the possibility of modeling careers. McCarrick gave advancement in the Catholic Clergy to his victims.

The power of these men enabled them to silence their victims and create a system of compromised individuals who helped enable the victimizers. Their heinous acts are really little different from the back-alley rapist, the sadomasochistic pornography producer, or the child sex abuser. All these predators embrace the idea that they are entitled to sex. Other people are objects for them to use in what is no more than a physical act.

Canceling a Skunk is a Cheap Shot

Jennifer Roback Morse, Ph.D. and Matthew Maddox are President and Social Media Manager respectively of The Ruth Institute, which is an interfaith international coalition to defend the family.