People Who Know the Bible and Christianity Better Than Christians Do 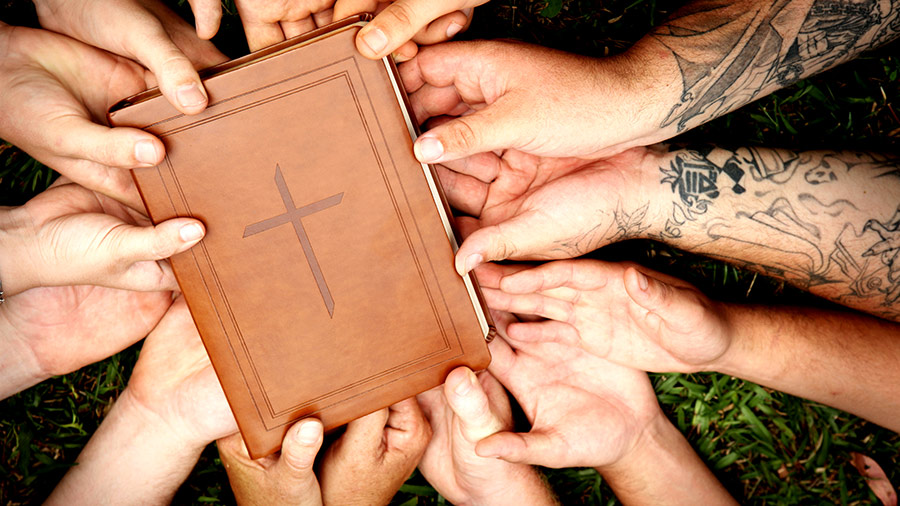 Some people think they know more about the Bible and Christianity than the people who actually study the Bible and practice the Christian religion. “The Bible is about sex, to judge by America’s public discourse. In my lifetime, it has rarely been invoked except in discussions about gay marriage, contraception or abortion,” claims Benjamin Moser, writing last weekend in the New York Times.

“What did the Bible have to say about issue X or issue Y?” The questions are anachronistic, and the answers known in advance, since the people asking them have almost always been those so obsessed with other people’s sex lives — especially when those other people were gay or female — that this seemed to be the whole point of their religion.

Churchgoing reader, how many sermons does your pastor or priest preach on sex every year? Would you conclude from your church’s teaching that the Bible is about sex and nothing else? Is your church so “obsessed with other people’s sex lives” that it “seems to be the whole point” of your religion?

I know your answer already. The claim is ludicrous. It’s laughable. Could anyone who knows anything about Christianity draw that conclusion?

Sure, there’s considerable public discourse about sex. Why wouldn’t there be? There’s a lot of sex everywhere you look! Some sex-related topics are also political topics. Political topics make it into the public discourse more visibly than, say, prayer, the character of Jesus Christ, or even care for the poor, to name a few highly prominent Christian points of discussion. Moser thinks it odd that Christians would speak publicly about sex. I think it odd that he thinks it odd.

My church is hosting homeless people for a week next week. We’re part of a community-wide Interfaith Hospitality Network that shares this ministry. I could say that we spend a whole lot more hours on that than we do on sex, but that would be implying there’s even enough discussion on sex to make it a real comparison.

The same is true for The Stream. This website has one topic, and only one, featured at the top of every page: Inspiration. Christian Inspiration. We feature it because we consider it at least as important as everything else we say here. It’s never about politics. It’s never about sex. It’s about the full panoply of living one’s life in the grace and love of Jesus Christ.

The Bible Does Speak Consistently

Moser ought to listen to people who actually talk about the Bible, in churches where we actually do talk about it

Moser makes the mistake of judging the Bible by America’s political discourse. He ought to listen to people who actually talk about the Bible, in churches where we actually do talk about it. But he wants to view the Bible politically. “since it isn’t a single book but many, it doesn’t offer a consistent view of much of anything,” he says.

Still, though written by different authors, in different languages, in different countries, over the course of different centuries, one political theme nevertheless runs through the whole, at least the Hebrew parts: the many ways a nation can be lost.

Actually, the Bible does offer a consistent view of God’s sovereignty, his goodness, his holiness, his mercy upon those who seek him. That’s in “the Hebrew parts” as well as the New Testament — because God is the final author of all the Scriptures.

Moser doesn’t believe that. But even so, he should see that Scripture affirms a consistent ethic of self-sacrificial love. It teaches the unchanging moral law and how we can live justly and charitably with others. It also affirms that God means what he means, and those who oppose him will experience consequences. Above all it affirms our universal need for God to rescue us from those consequences, and his constant willingness to do so if we’ll ask on his gracious terms.

Rules You Won’t Find In the Bible; Principles You Can Discern

These are all principles found throughout Scripture. I’m not sure Moser cares about principles, though. “Barely a word, if any, about condoms, or abortion, or gay marriage,” says Moser. (And he’s the one who complains about anachronisms. Was he expecting the Bible to talk about condoms?)

I suspect Moser thinks “right-wing” Christians consider the Bible a woodenly literal rule-book, so he wonders how Christians can find anything wrong with abortion or gay marriage, with no specific rules against them in the Bible. But Moser, as a literary scholar, ought to be sensitive to the concept of principles that a text assumes and the serious reader can find. The Bible has many of these, including plenty that speak to marriage and to unborn life.

Does the Bible really need to say, “No gay marriage!” in those terms, when its vision of marriage as man-with-woman is reinforced in every possible way from the very first pages to the very last? Does it need to say “No abortion!” when it teaches so clearly that all persons are created in God’s image, that true human life begins in the womb, and the strong should not oppress the innocent weak?

Moser thinks he understands the Bible and Christianity better than those who study and practice it. He couldn’t be more embarrassingly wrong.

Follow-up February 25: “How the Left Learned To Love Stereotyping“

Pastors, You Must Preach on Current Controversies (Part 1 of 3)