What Schumer and Pelosi Pretend They Don’t Know About Judges 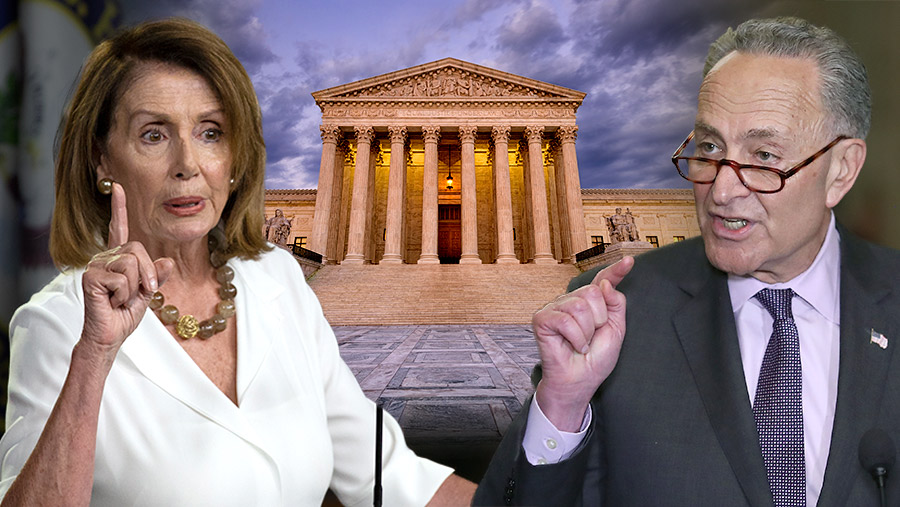 One thing every Supreme Court vacancy tell us: lots of supposedly well-educated people don’t know what judges do. Or pretend they don’t. Chuck Schumer, Nancy Pelosi, I’m looking at you.

And at people like a Facebook friend. He’s typical of the kind of person I’m thinking about. A few days ago he listed Amy Barrett’s decisions he thought hurt poor or otherwise marginalized people. He suggested she should not be appointed to the Supreme Court because she didn’t care about the poor. He seemed clueless about the fact that she may have simply been doing her job and ruling on what the law requires.

As it turned out, Barrett wasn’t nominated. But people make the same criticism of the guy who was. He has an “agenda,” they say. Maybe Brett Kavanaugh does. I don’t think so, but maybe. I suspect they really mean that he disagrees with them about what the law requires. They don’t really object to judges having agendas. They adore Justice Ruth Bader Ginsberg, who thinks the Supreme Court exists to advance her agenda.

The law, let me emphasize, created by the proper law-making bodies. The elected legislators make the law. Blame them for unjust or inequitable laws. If you want better laws, replace your representatives with better ones. That’s the way the Constitution divided up the duties of government.

The legislators decide these things. They’re the rock stars. The judges are more like the roadies. One sign our system doesn’t work right is the fact that Supreme Court justices are now America’s political rock stars. We shouldn’t be able to remember their names.

The courts step in only when people disagree about exactly what the law says. We don’t want judges deciding what the law should be. Judges are umpires, like baseball umpires. Do you remember the names of the umpires in the World Series? No. Of course not.

An umpire might have a keen sense of justice, and know that the Red Sox should beat the Yankees. For that matter, that any team should beat the Yankees. He still can’t call the Yankee pitcher’s pitches balls when they’re strikes. An umpire may feel deep sympathy for the poor and defeated. He still can’t tilt games to the Orioles just because they’re already 42,000 games out of first place. He’s got to call the game as well as he can and let the players win or lose it.

What Judges Do When It’s Tricky

When I said this on Facebook, a friend noted that judges often have a lot of leeway to make decisions. There’s often precedent on both sides. She gave the example of a senior on a fixed income getting too much aid because the government made a mistake.

“A judge can choose to waive the repayments or to set a rate of repayment so low that it will probably never be repaid or to implement the law strictly,” she said. “It depends on whether the judge thinks that the government is accountable for doing its paperwork, or that citizens are accountable for making sure that they aren’t getting benefits that they are not entitled to.”

She’s right. The law’s not always clear. Sometimes it seems to say different things. Sometimes courts have understood it in opposite ways. The law doesn’t work like a mathematical formula. That’s why we have judges. Someone has to figure it out.

But the judge she describes is still umpiring, I’d say, within the latitude given him. It’s like the baseball umpire having to choose whether to give a hard call, like a curve ball that may or may not have caught the corner of the plate, either to the hitter or the pitcher. He may be a hitter’s umpire or a pitcher’s umpire, depending on his understanding of the game, but he ought to be consistently one or the other and have an idea why.

Not a perfect system. But a better system than one in which every judge does what is right in his own eyes.

What Top Judges Do

We want even judges at the top levels to do their job as umpires and not authors or inventors. Another friend objected that appellate judges like Barrett and Kavanaugh don’t see cases “unless there is ambiguity about the matter. Clear-cut calling balls and strikes stuff is resolved on summary judgment in the lower court.” Even more so with the Supreme Court justices.

True. Even then, though, we want a judge or a justice trying to make sense of the law as a law, however difficult and subjective that judgment may be. They may not be calling balls and strikes. They may be deciding the trickier question of exactly what the strike zone covers. Still, we don’t want them deciding they want both teams to score in double digits, so they’ll interpret “knee” as meaning “waist” and shrinking the strike zone to about six inches high.

Your senator or congressman, he’s the batter in the box or the pitcher on the mound. He’s the one with his name on his jersey and his stats in the book. The judge or justice, he’s the anonymous guy crouched behind the catcher. Or should be. It’s a bad thing when you know his name. That usually means he screwed up.

The Supreme Court’s Liberals Respect the Rule of Law. Could Roe Be Next?