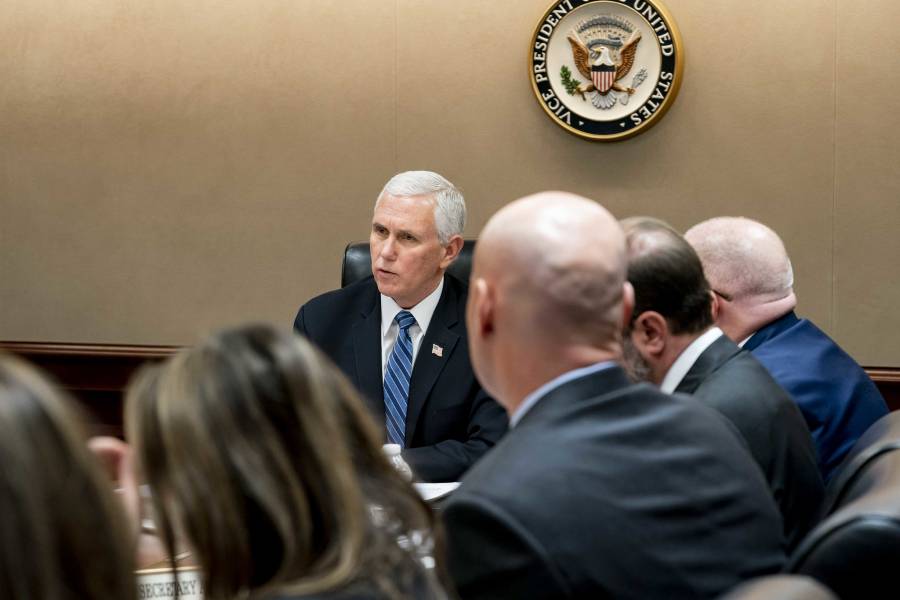 After President Trump named Vice President Pence last week to lead nation’s battle against the coronavirus, many in the media decried the choice because supposedly Mike Pence “doesn’t believe in science.” How could he? He’s a Christian. So the logic goes.

They mock along the lines of: Maybe he just wants to pray the virus away.

The late night comedian Jimmy Kimmel quipped, “Why is Mike Pence in charge? What is his plan to stop the virus, abstinence?”

Writing for mediaite.com (2/26/20), Reed Richardson noted, “President Donald Trump’s decision to task Mike Pence with heading up the federal government’s coronavirus response triggered an immediate backlash as critics noted the vice president’s record of doubting scientific evidence and his role in exacerbating an HIV outbreak in Indiana while he was governor.”

Richardson argues that Pence allegedly did a poor job in quelling the HIV outbreak in Indiana because for two days, he cancelled a needle exchange program and supposedly during those two days, the HIV “infection rates exploded.” After praying about it, Pence relented. An explosion of new cases in just two days?

Meanwhile, Richardson has compiled many comments from those criticizing Trump’s choice of Pence for this fight. Included in the criticisms is that he doesn’t believe in “climate science.” Why should he? Man-made catastrophic climate change is a hoax.

Democrat presidential candidate Bernie Sanders tweeted against the choice of Pence: “Trump’s plan for the coronavirus so far:…Have VP Pence, who wanted to ‘pray away’ HIV epidemic, oversee the response…Disgusting.”

“Mike Pence literally does not believe in science. It is utterly irresponsible to put him in charge of US coronavirus response as the world sits on the cusp of a pandemic.”

One critic tweeted: “America is a driving force in fighting epidemics, and now the director of that fight is Mike Pence, a guy who’s [sic] scientific knowledge consists of how many times you have to pray before you’re cured of being gay.”

An M.D. remarked, “Trump names Mike Pence as the Coronavirus Czar rather than CDC Director Robert Redfield or Surgeon General Jerome Adams. A physician should be in charge of the nation’s coronavirus response, not some dude who quarantines himself from other women when dining out.”

The Foolishness of Suggesting as a Christian He is Anti-Science

It seems like most of the criticisms are that Pence is unqualified to head up this task force because he is a devout Christian. Therefore, the same people who argue that a man can give birth are pro-science, while because of his Christianity, Mike Pence is supposedly anti-science.

The canard that Christians are somehow anti-science is astounding. After all, Christian invented modern science. As the great astronomer Johannes Kepler put it, the scientist is a priest of the Most High God, “thinking His thoughts after Him.” A rational God had created a rational world, and it was the scientist’s job to try and discover God’s laws in nature.

The founder of every major branch of science was created by a Bible-believing Christian of one stripe or another. I highlighted this in a previous post. As the great evangelical thinker, Dr. Os Guinness, once told me, “Actually, many of the earliest, and some of the very greatest of scientists have been people of enormous faith.”

Daniel Lapin is an author and an orthodox Jewish rabbi. He once told me in an interview about the impact of Christianity on the world, “Sir Isaac Newton wrote far more on faith, theology and religion than he wrote on gravitation. And there is a reason for that. Once we are given a clue, wait a second, ‘In the beginning, God created heaven and earth,’ then that tells me that one way I can get to know God better is by studying heaven and earth. And that’s why, until relatively recently, all the great scientists were also great Christians.”

Lapin also said, “If you look at the last thousand years…ninety-eight percent of all the major technological scientific medical advances took place again, let’s face it, under Christendom: they were in Christian countries.”

As D. James Kennedy and I noted in our book, What If Jesus Had Never Been Born?: “Both Alfred North Whitehead (1861–1947) and J. Robert Oppenheimer (1904–1967) have stressed that modern science was born out of the Christian world view…..Whitehead [in his 1925 book, Science and the Modern World] said that Christianity is the mother of science because of ‘the medieval insistence on the rationality of God.’”

The arguments that Mike Pence is disqualified from serving as the top executive to fight the spread of this virus because of his Christian commitment makes no sense.

Pence has a good record of mobilizing people to work together for the common good—and to do so in a humble attitude of “servant leadership.”