Pat McCrory Deserves Our Thanks and a Job with Trump

Profamily activists need to step up our game and support our wounded heroes. 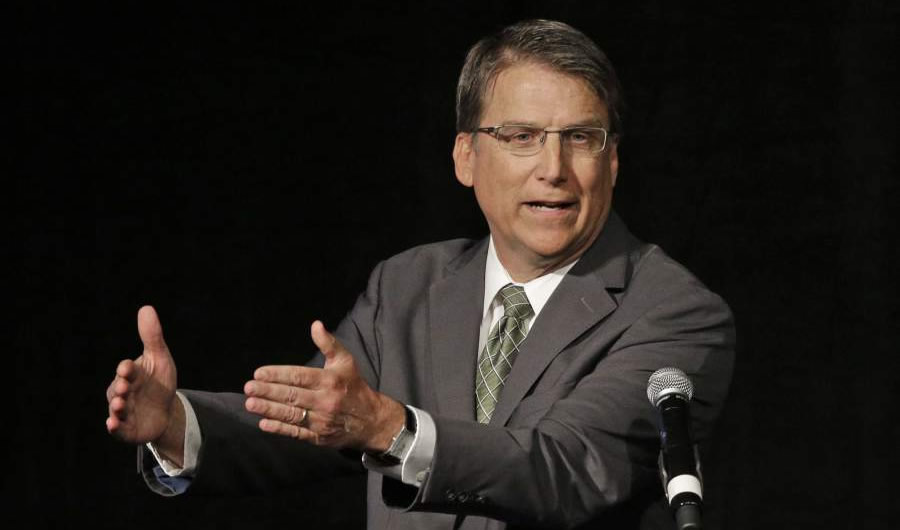 By Maggie Gallagher Published on December 9, 2016 •

The rumor mills are flying after Trump met with North Carolina Gov. Pat McCrory on Wednesday that McCrory is being considered for Secretary of Transportation.

If Trump does so, he could not choose better.  McCrory is not only an extremely competent governor, who ran his own state well and managed natural disasters like hurricanes with great aplomb. He’s a hero to millions of traditional believers, almost the only governor willing to take the heat to stand up to Obama’s absurd directives forcing public schools to make girls shower with biological males who identify as female.

McCrory Took a Bullet for Us

The Left framed HB2 as an extremist, hateful and discriminatory bill. Then they got their corporate allies in Big Sports and entertainment to validate their framing for less partisan voters. The Chamber of Commerce announced protecting girls’ privacy in public schools was bad for business. The mainstream media followed with a drumbeat of similar stories on the reaction, with little or no attention paid to the concerns of parents or the girls who would be ask to accept in their intimate areas biological males who decided they felt female.

In Minnesota, we have testimony from girls of what that was like — those who opted for a secondary locker room the administration said they could use had no recourse when the biological males followed them into this alleged sanctuary.

Then the Left followed up by pouring millions into North Carolina to take out McCrory. Outspent by almost 2-1, McCrory lost by a whisker.

Trump could not find a better man to reward with a new opportunity to serve his country. If not Trump, others who understand courage and competence when they see it should make sure Pat McCrory finds a great spot to land after a year of hair-raising attacks on him, his character, and his family.

But the rest of us need to process what McCrory’s defeat in North Carolina says about social conservatives as a movement. Republicans control more state governments than any time in our lifetime — and yet we have seen no wave of conscience protections bills in the post-Obergefell assaults on the jobs and businesses of traditional marriage supporters. Corporations feel free to threaten to hurt states like Georgia if they pass conscience protections. The Chamber of Commerce has emerged as an enemy of people of faith in state after state — again with no apparent perception of any cost to its own core business interest and agenda.

The Trump administration will likely rescind the executive orders and legal interpretations Pres. Obama has used to redefine laws against “gender discrimination” to mean “LGBT discrimination” too, and we will have a much better Supreme Court.

But to gain actual conscience protections for our jobs, our businesses, our charities and ministries, and our Christian (and other faith-based) schools, is going to require legislative action in many cases, both federally and at the state level.

What if the board of the Chamber of Commerce found protestors outside of their homes?

What must we do to build an effective force to fight for religious liberty? I see three huge unmet needs. We need to:

Pat McCrory is an honorable, competent man who faced an avalanche of hatred for standing up for the rights of girls and parents in North Carolina against Pres. Obama’s lawless pressure. Personally, I hope he is rewarded by Trump and the movement for his courage under fire. Politically, his defeat must focus attention on what people of faith need to do to protect our rights.

The Thing That Worries Me About Donald Trump in 2020

The Spin Cycle: Odd News Items That Say A Lot