Pastors, for the Love of God and Your People, Use Your Authority 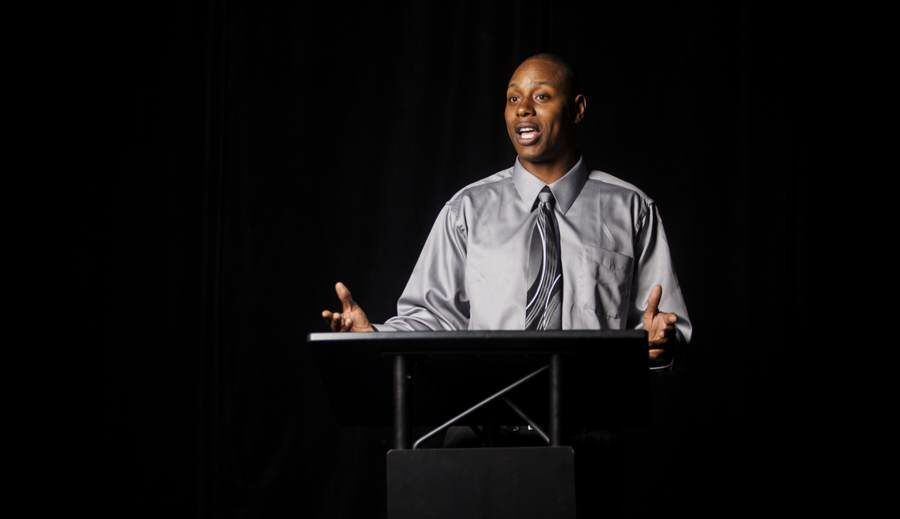 Seven times. Seven times in his short letter to Titus, the apostle Paul tells pastors to take authority over false teaching in their churches. I mean serious authority:

Wow. Ouch, even. I read that, and a dim and timid voice echoes in my head. I’ve mentioned him here before: the pastor who’d let another preacher speak from the pulpit in favor of ordaining practicing gays and lesbians. He believed the truth, but when I suggested hosting a church-wide open conversation on what the other preacher had said, he answered, “I don’t know, Tom. I don’t like debate.”

What he meant was he didn’t like open disagreement. What do you think Paul would say to that? The same thing he’d say to a whole lot of churches: “You’ve got responsibility here, you’ve got the authority, so stop being a coward with it! Stop it now! These people are destroying the church, so stop letting them do it!

That’s just one rendition of “Rebuke them sharply.” Another might be Paul’s own: “If anyone is preaching to you a gospel contrary to the one you received, let him be accursed” (Gal. 1:8,9).

There are conditions for exercising this authority, naturally: What and whom it is for, who should do it, and why and how one should do it. Let’s take a quick look:

What and Whom to Rebuke with Authority

Jesus rarely rebuked ordinary “sinners.” He welcomed them. He, invited them to follow Him, sometimes even challenging them to do so. He taught an unyielding message, yet for the most past He was gentle with them as persons (Matt. 11:28-30, 12:18-21). Paul even reminds Titus of Jesus’ goodness and loving kindness (3:4).

But he wasn’t like that with the false teachers, especially the Pharisees. Read Matthew 23 — all of it, but especially verses 27 and 28, where he absolutely nails their hypocrisy: “You are like whitewashed tombs, which outwardly appear beautiful, but within are full of dead people’s bones and all uncleanness.” They looked great on the outside, he told them, but “within you are full of hypocrisy and lawlessness.” Now, that’s a sharp rebuke.

Can we do that, or was that just for Jesus? He was different, right? Well, yes, of course. The Son of God had His own unique message, and a method no one could completely emulate. Bear that in mind, yes. Then go read Titus again.

Paul said it explicitly: Don’t let false teachers in your church get away with it! John echoes him in 2 John 10-11, telling his readers not even to show hospitality to false teachers.

Who Wields This Authority?

Now obviously we wouldn’t want just anyone doing these sharp rebukes. That would get nasty, even divisive. Funny thing: that’s another thing Paul told Titus to stop in its tracks (Titus 2:10).

I was in a small church once years ago where a 20-something member mounted a campaign against the pastor. He thought the pastor was wrong for not teaching tongues and healing there. I told him, “Fred, you’re wrong. Even if you’re right on the teaching, you’re still wrong! If you don’t like the preaching here that much, go somewhere else. You must not stand against your own pastor that way.”

Be a lover of people, and a well-taught lover of truth. Then love your people by insisting on truth being taught, and only truth. You have the authority.

My answer then was based on 1 Timothy 5:1: “Do not sharply rebuke an elder.” I could have pointed to Titus, too, thought: Fred didn’t have authority to rebuke anyone, much less the pastor.

Who does? Paul spells it out in Titus 1:5-9 (echoed in 1 Tim. 3:1-7): only those who live godly lives, and know the Scriptures well enough to teach them. A person without arrogance. No quick temper. Above reproach at home and in public. Not out for greedy gain. A lover of good. Self-controlled. There’s more there in these passages, but that gives us the picture: Leaders have this authority only if they’re mature, loving, godly enough to use it rightly.

Being Under Authority, Too

And although Paul doesn’t say it explicitly, the example here models a leader who is under authority himself. Recall that Titus was serving in Crete under Paul’s authority. This, too, is essential. I’ve seen more than one ministry die from a lack of godly oversight over the leader. Some churches have hierarchies of district superintendents, bishops, and so on; others choose to exercise authority locally, with the lead pastor accountable to a board of elders. One way or another, he who wields authority must also be subject to real authority.

The church where Fred mounted that campaign ended up falling to pieces. We sold our assets and closed it completely. There were other factors contributing, but that was a big one. That’s the kind of thing that can happen when the wrong thing tries acting like he’s in charge. Bad things happen too, though, if the properly anointed and appointed leader won’t take authority.

Why to Use Your Authority

I’m not sure how to say this strongly enough, but there’s a lot of false teaching out there, and it’s destroying churches. There’s and a lot of it in here, too, meaning, it’s invaded the church and taken up residence there, a cancer killing its host.

Example One is progressive Christianity, the religion that assumes God’s purpose in the world is to rubber-stamp every moral or immoral trend in contemporary culture.

Example Two is much older; in fact, I consider it Christians’ favorite heresy from the very beginning onward. I’m talking about legalism, the doctrine that there are certain things, other than believing in Him, that we must do to earn our salvation.

Example Three is another ancient one: Denying the true character of Christ as God.

These and other heresies exchange God’s truth for lies, totally upending the Gospel. In the process they destroy true biblical fellowship. They are lies, they are evil, and their end is death. They will kill your church, or worse yet, zombify it, making it look viable when in fact there’s no life left in it at. People you love, the members of your congregation, will be the walking dead.

Are those good enough reasons? If not, what on God’s earth would be?

How to Use Your Authority

Don’t think, though that this means you must start thundering from the pulpit. The point of this isn’t the noise you make, it’s the errors you silence, especially errors stealing into your church.

I do expect you’ll decide to preach on problems you see needing correction. I just want to be clear that preaching isn’t the only method you have to work with. Read Paul’s two letters to the Corinthians — both of which are studies in authority being challenged, authority being defended, and authority being deployed — and you’ll see how Paul used a variety of approaches in exercising his authority. Jesus did, too. Sometimes he spoke powerful open rebukes; sometimes he engaged in skillful debate. Other times he raised timely question in private conversation.

It comes down to character, discernment, and effectiveness. Learn well how to distinguish truth and error. Treat false teachers in your church with all the respect and dignity due to any human being, but do whatever it takes in Christlike character to be effective in correcting and restoring them if at all possible. If not that, then do whatever is godly yet effective in silencing and/or removing them and the errors they bring.

And do it courageously. Get the job done! Be sure you meet the standard Paul lays out in Titus and 1 Timothy. Be a lover of people, and a well-taught lover of truth. Then love your people by insisting on truth being taught, and only truth. You have the authority. You have the responsibility. Don’t ignore the lies. Take authority. And act on it!

This Thanksgiving, Live in Freedom, Not Fear