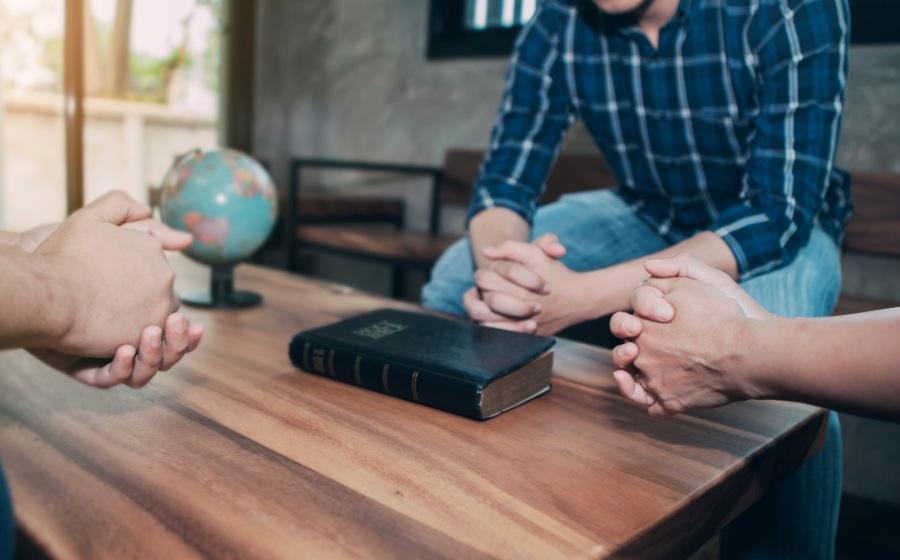 Imagine you’re a missionary in some far corner of the world, where the customs and language and beliefs are completely foreign to you. You want the people to know the gospel, so your first priority is to know it well yourself, to live it, and to be prepared to teach it. Your second task is to learn the language, understand the customs, discover some of the stories of your host country.

You don’t need much imagination for that now, and you need not travel far to find customs, language, and stories that are foreign to you. They’ve come here.

We’re diving into a Pastors’ Corner series on practical ministry regarding sex and sexuality, and there’s nothing more practical in this case than understanding how completely things have changed in the past two to four decades. The days of “church as usual” (whatever that was) are long gone now.

Missions experts speak often about “cross-cultural” work, ministry among people whose culture is drastically unlike our own. That’s exactly what’s happened to church ministry in the Western world. Especially when it comes to matters of marriage, sex, and sexuality, people typically see Christianity as “Bigoted.” “Intolerant.” “Hateful.”

I believe, and I have taught, that we need to hit a big “reset button” on our view of God.

That’s not just some other people out there somewhere else. It’s the teen in your youth group. It’s the young couple with a child in the nursery, or the long-time church member whose son has just told her he’s marrying another man.

The world sees Christianity as foreign now. That makes us very much like foreign missionaries. It’s still our country we live in here, but its values, customs, ethics, and stories have all shifted, and even the language has morphed on us. It’s especially true whenever we talk about anything connected with sex and sexuality: We bring strange teachings of which the locals have no understanding.

This is a grievous thing that has happened, yet there it is. It’s a fact of ministry today. We can’t rewind history and prevent it from being this way. And I think there’s something freeing about recognizing it for what it is.

Missionaries have different expectations and different strategies. They fully expect to run into conflicting beliefs, barriers in communication, and strange misunderstandings. Such things are just a matter of course in their ministries. Having that expectation, they strategize to work around those barriers and/or push through them.

Cross-Cultural Barrier One: Who is God?

So we need to identify those barriers. I’ve got two of them in mind for starters. The first is serious confusion over who and what God is. Some people say there is no God. Others see Him as the grandfatherly figure who smiles and says, “Hey, it’s okay! Y’all have fun now!” to everything consenting adults might want to do. Others treat themselves as the gods who decide all such things.

All these are different ways of seeing God as impotent and irrelevant. And they seem to like Him that way, as the God who doesn’t interfere.

I believe, and I have taught, that we need to hit a big “reset button” on our view of God. It has to start at church. We need to be very clear on God’s sovereignty, His authority, His kingship, and His holiness.

Cross-Cultural Barrier One: Is God Good?

The second very large barrier we face is explaining the goodness of God. It’s a hard sell these days, telling people that sex is best reserved for marriage, and that marriage still means a lifetime commitment between a man and a woman. That’s “bigoted” now. It’s “hateful,” “intolerant,” and “behind the times.” Christians only believe it because we’re “judgmental” and “politically motivated” in all the wrong ways.

To put it simply, Christianity is bad. When we invite people to join us in following Christ, they’re likely to think we’re asking them to start hanging out with a bunch of bigots.

You and I know that’s not true. We’re hardly perfect, but hateful? No. Not in my experience. Our reputation was largely created for us by our opponents. (Read the plan for yourself, written decades ago, if you have the stomach for it.) Still we have the task of showing that God is good, that His commands and instructions are good, and ultimately that His way of salvation through Christ is good.

Alternatively, we could view our task as un-teaching; that is, correcting the false view that God and His ways are bad, or that Christianity is intolerant and evil. Often before people can learn new truths they have to unlearn old lies that stand in the way.

In today’s world we’ll need to explain how the world has got it all wrong on the goodness of Christian ethics and practice. We can show them in all kinds of ways, for example, that humans thrive better when sex is reserved for marriage — meaning male-female marriage, of course.

To me there’s something immensely practical about taking on a missionary’s mindset and asking myself, “How does this culture’s view of Christianity affect the way I minister here?” It doesn’t change the basic, ultimate message, for the gospel of Jesus continues unchanged, just as it has for centuries, but it does affect how we present it.

Later in this series I’ll have specifics to go with the general principles I’ve brought up here. Before we go there, though, I encourage you simply to take time re-thinking your ministry in missionary terms. Or perhaps you’re already doing that. If so, I suggest you make it a topic of discussion among the rest of your ministry team: staff, elders, lay leaders, teachers, and so on.

And I wouldn’t discount the practicality of recognizing we’re missionaries these days. It will change how you see ministry, how you do ministry, and how you see God work through your ministry.