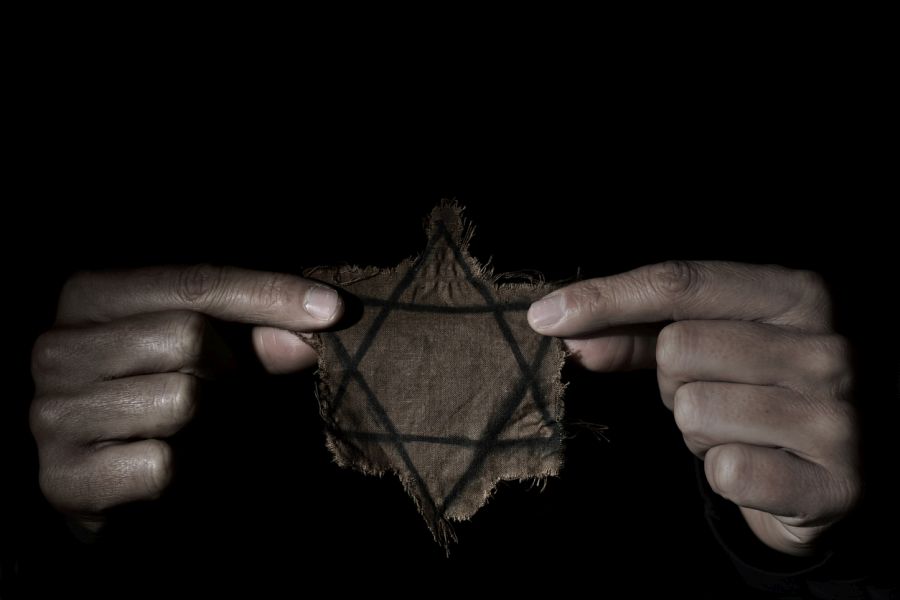 May all who hate Zion be put to shame and turned backward.
Let them be like the grass on the house tops that withers before it grows up. (Psalm 129:5-6)

Passover ended Saturday with two shocking examples of anti-Semitic hate: a deadly shooting at a California synagogue and a vile cartoon on the once-esteemed pages of The New York Times.

One woman was killed, three others wounded including a little girl. The suspect, 19-year-old John Earnest, is in custody.

“We didn’t hear him screaming or saying anything. He was just focused to kill. You saw the hate and the murder in his eyes,” witness Danny Almong told NBC 7. “He had a vest and he had clips in the vest. He was ready. He was ready. He came in to kill.”

Earnest was apprehended after an off-duty border agent returned fire during his attempted escape. As Fox News reported:

A Border Patrol agent inside the synagogue fired at Earnest, missing him, but struck his getaway vehicle. Earnest called 911 after the shooting and identified himself as the shooter, authorities said.

Authorities said Earnest had posted an anti-Jewish screed online and was being investigated in connection with an arson that caused damage to a mosque in nearby Escondido last month. No injuries were reported in that fire.

More children might have been injured or killed, but for hero Almog Peretz.

“He grabbed all the kids in his hands and was just running towards the exit (when) he saw another kid over there,” Almog told Fox 5 San Diego. “He grabbed him and started running and (that’s when) the shooter shot him in the leg. He didn’t care. He kept on running with the kids and just ran out.”

Thankfully, Peretz is on the mend. Fox News has his full story here.

This man is being called a hero. A friend says 34-year-old Almog Peretz saved children during today's synagogue shooting in Poway. Hear the story tonight on @fox5sandiego pic.twitter.com/FKBIc9tcCL

An Anti-Semitic Abomination from The New York Times

Also on the final day of Passover, The New York Times international edition published an outrageous, anti-Semitic cartoon. The image depicted a blind Donald Trump in a yalmulke being led by a dog with Israeli Prime Minister Benjamin Netanyahu’s face and a Star of David collar.

US Ambassador to Germany Richard Gresnell called the grotesque caricature “despicable.” The American Jewish Committee called it “naked antisemitism.” Donald Trump Jr. said, “Disgusting. I have no words for flagrant anti-Semitism here. Imagine if this was in something other than a Left newspaper.”

The New York Times did apologize and pull the cartoon, calling the image “offensive.”

An Editors' Note to appear in Monday’s international edition. pic.twitter.com/1rl2vXoTB3

But that is not enough, says Alan Dershowitz, “Anti-Zionism is becoming an acceptable cover for antisemitism” and that the paper “owes its readers more than an apology.” For more on the flood of condemnations over the cartoon, see this Jerusalem Post article.

Suspect Due in Court as Harrowing Synagogue Tales Emerge