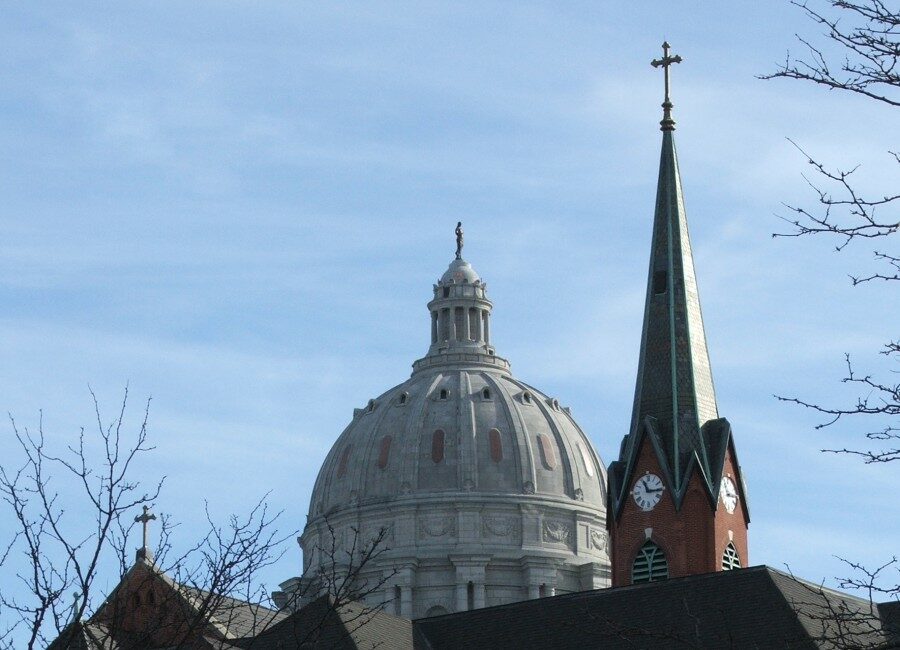 I’d like to hear from Roberts-defenders regarding Diocese of Brooklyn vs. Cuomo. Also, I have a word or two for the NeverTrumpers.

First, the Roberts people. We’ve been told that’s he’s playing some sort of three-dimensional chess in his erratic abortion jurisprudence. And that the rulings that disappoint us are owing more to his desire to protect the Court’s reputation rather than to any sort of closet liberalism on his part.

Do conservative Roberts defenders still believe this after the Cuomo ruling? Is this still what you think? Because to me, more than any other previous ruling, this is the one where Roberts stands truly revealed.

You could argue, as Roberts does, that the ruling was unnecessary because Cuomo had already rescinded his orders. But as the Wall Street Journal editors say today, “the majority explains that Mr. Cuomo could reinstate or change them at any time, as he often has, and the plaintiffs would suffer immediate injury as they wait for courts to grant relief. Anyone who has watched Mr. Cuomo operate in the pandemic knows he relishes his role as master of the universe.”

And, as the Journal‘s news section reports, “up to 20 lawsuits involving houses of worship could be affected by the high-court decision.” Roberts’ logic simply does not hold. There is something else going on here.

Perhaps it’s Roberts’ oft-theorized “institutionalism,” his concern for protecting the Court’s reputation above all else. Here is where his defenders completely lose me. If he wanted to strengthen the court’s reputation, he should have voted with the majority. 6-3 rulings buttress the institutional integrity of the Court much more than 5-4 rulings.

Barrett’s ascension to the high court should have moved Roberts back to the originalist column, if he is truly an institutionalist above all else. Yet, it is because Roberts voted with the liberal minority that this (what-should-have-been-a-no-brainer) ruling came down 5-4, the weakest possible outcome for protecting the Court from the damaging criticism sure to follow.

So when Cuomo says the ruling was just the Court expressing its “politics and philosophy,” when he claims the ruling was “partisan” … you can thank Chief Justice Roberts for that.

Don’t get me wrong. Cuomo would likely make that claim no matter what. That decisions are only “partisan” when they harm the Democrats is something Democrats say. Democrats gotta Democrat. But it was Roberts that gave the claim added juice by assuring a 5-4 ruling. It was Roberts that cleared the path for Cuomo to claim that he only lost because Trump put Barrett on the bench.

This is the moment where Roberts made it clear that an institutionalist’s concern for the reputation of the Court is not really, or not primarily, whatever it is he is doing in his jurisprudence. There is something else going on there.

A Word to Never-Trumpers

Finally, I can’t end my thoughts on Diocese of Brooklyn vs. Cuomo without a word to Never-Trumpers. Particularly as this ruling comes down at this particular moment, with the 2020 election still not completely settled.

You told us all along that the Trump presidency would be a pyrrhic victory. That we would lose more than we would gain. That it would leave the pro-life cause and the social conservative movement far more down-and-out than we were before Trump. You said we’d would never recover.

Take a good look at Diocese of Brooklyn vs. Cuomo and tell me if you would like to rethink that. Because the most striking thing to me is that — even if Trump did or does lose, and assuming we hold the Senate — President Trump leaves us in a much stronger position after four years than President Bush did after eight.

Remember 2008-09? We were completely devastated. The Democrats were in complete control of the federal government. We lost — or were on our way to losing — the marriage fight. We were in danger of losing religious liberty as we had always known it.

This, despite the fact that the country was with us all through the 2000s. But we had in George W. Bush a champion who would not fight for us, or would do only the bare minimum.

By 2009 we had almost nothing to show for having had the White House for eight years. All we had was Roberts and Alito. And we only got Alito because we forced Bush to give him to us, remember? And Roberts … well, with Diocese of Brooklyn vs. Cuomo, we now know what we got with Roberts.

The Contrast With Trump

Now, contrast that with Trump.

Three Supreme Court justices in four years. An administration that was willing to move heaven and earth to make it happen.

A 2020 election that, even if Trump lost, was no repudiation of Trumpism. Almost 74 million votes. The highest number of non-white votes for a Republican since 1960. No blue wave. Indeed, the opposite of the expected blue wave. Democrats lost seats in the House. And — please, God and Georgia — we may hold the Senate.

The Trump presidency was no pyrrhic victory. Even in apparent defeat, he once again proves Never-Trumpers wrong. As Diocese of Brooklyn vs. Cuomo demonstrates.