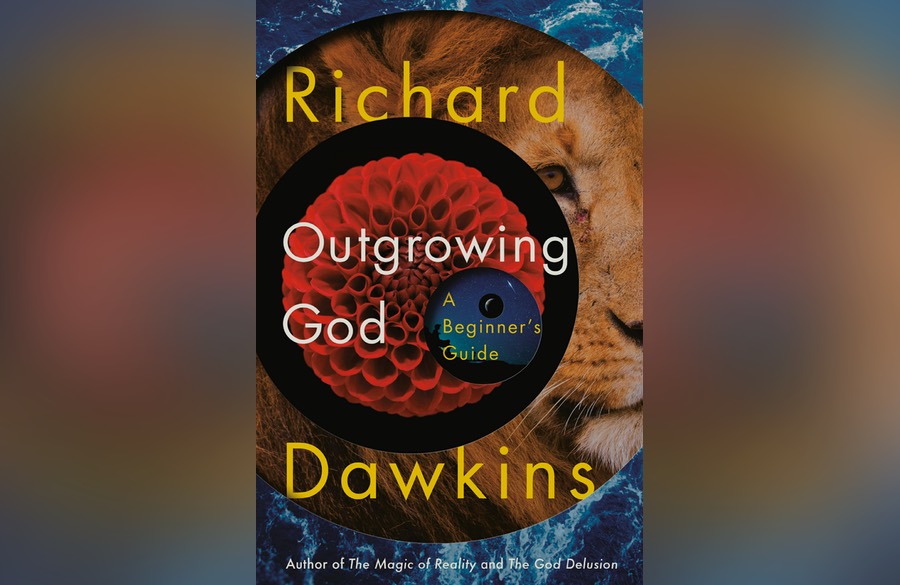 Richard Dawkins, one-time leader of the now-fracturing New Atheist movement, has just released another anti-God book, Outgrowing God: A Beginner’s Guide. It’s a sad display of what can happen when an influential scientist thinks the whole intellectual world exists inside his own head.

It’s not just that I disagree with Dawkins’ conclusions. I certainly do; but there’s another problem he ought to care about himself. He makes faith look ridiculous by misrepresenting it, yet without even seemingly knowing that’s what he’s doing. He’s oblivious. Not a good sign for a man of his influence.

He should  know it. For years now, Christian thinkers have been answering him, correcting him, explaining what it is we really believe. Judging from this book, though, none of that has pierced the shell surrounding his private idea of “religion.” He has sealed himself off from information and arguments.

That’s not just my impression. He approves of fellow atheist P. Z. Myers’ “Courtier’s Reply,” which says you don’t need to understand religions’ nonsense in order to criticize it as nonsense. What he fails to see — because he hasn’t cared to find out — is that he’s not actually critiquing religion, especially not Christianity. The “nonsense” he attacks is his own invention, or the invention of other atheists. He maintains this private fiction by sealing off his brain from data.

The monotheism of modern Christians and Muslims is also rather dubious. For example, they believe in an evil ‘devil’ called Satan (Christianity) or Shaytan (Islam). … They wouldn’t call him a god, but they regard him as having god-like powers.

What does it take say that Satan makes Christians’ belief in one God “dubious”? One thing: one must have absolutely no idea what the word “God” means for Christians. Or for Muslims, by the way.

Dawkins’ thinking passes the trivial test of his own thinking. The strange thing, is, apparently he’s content with that.

Dawkins gets it just as wrong a page later. There he says the Christian doctrine of the Trinity “sounds like a formula for squeezing polytheism into monotheism. You could be forgiven for calling it tri-theism.” An intellectually responsible person would make at least passing note of the fact that centuries of Christian thinking, filling libraries of Christian thought, struggled with this paradox. And concluded that there’s no contradiction between Trinitarian theology and monotheism.

But Dawkins doesn’t need to do that. He has his story and he’s sticking to it. Apparently he holds all the authority required to settle the matter. Actual Christian thought on the matter doesn’t seem to exist in his world.

Not Caring That He Gets God Wrong

Later again he further demonstrates he doesn’t know what “God” means, and doesn’t care that it’s been explained to him. He insists on repeating an error that Christian thinkers have answered over and over again since The God Delusion. On page 187 he writes,

Designers need an explanation, just as watches do. … If we think about it more carefully, we can see that God himself is even more improbable than William Paley’s watch. Anything clever enough — complicated enough — to design things has to arrive late in the universe.

This echoes his supposedly greatest God-killing argument in The God Delusion. On page 149 in the 2006 edition of that book, he writes, “A God capable of continuously monitoring and controlling the individual status of every particle in the universe cannot be simple. His existence is going to need a mammoth explanation in its own right.”

Or earlier, on page 114: “God tries to have his free lunch and be it too. However statistically improbable the entity you seek to explain by invoking a designer, the designer himself has got to be at least as improbable. God is the Ultimate Boeing 747.”

Dawkin repeats the same basic argument in Outgrowing God, even though it has been answered. Conclusively. Alvin Plantinga’s reputation as a world-renowned philosopher should have caught Dawkins’ attention. He dismantled Dawkins’ claim in a 2007 review of The God Delusion:

What can be said for this argument? Not much. First, is God complex? According to much classical theology … God is simple, and simple in a very strong sense, so that in him there is no distinction of thing and property, actuality and potentiality, essence and existence, and the like. Some of the discussions of divine simplicity get pretty complicated, not to say arcane. (It isn’t only Catholic theology that declares God simple; according to the Belgic Confession, a splendid expression of Reformed Christianity, God is “a single and simple spiritual being.”) So first, according to classical theology, God is simple, not complex.

More remarkable, perhaps, is that according to Dawkins’ own definition of complexity, God is not complex. According to his definition (set out in The Blind Watchmaker), something is complex if it has parts that are “arranged in a way that is unlikely to have arisen by chance alone.” But of course God is a spirit, not a material object at all, and hence has no parts.

Plantinga continues in that vein. Oxford mathematician John Lennox offered a related answer in debate with Dawkins, so we know Dawkins has heard it. He’s impermeable to all that, though. Just like a … cult member.

Again in this new book, he repeats the same distorted version of “God,” never acknowledging the possibility of another answer. It’s as if there were no intellectual world outside his own head; as if intellectual integrity never called for a thinker to respond to other thinkers. As if he were L. Ron Hubbard, concocting Scientology in the privacy of his study.

He (Dawkins, not Hubbard) gets Jesus badly wrong, too. On page 121 in Outgrowing God, Dawkins writes:

Imagine how impressed we’d be if Jesus had told his disciples that the Earth orbits the sun, that all living creatures are cousins, that the Earth is billions of years old, that the map of the world changes over millions of years… . But no, his wisdom, impressive though it was in many ways, was the wisdom of a good man of his time, not a god. Just a man, though a good one.

This paragraph is a marvel of compacted error. First, it’s chronologically naive. He suggests Jesus should have explained 21st century science to people of the first century. How impressed would they have been if he’d told them the Earth orbits the sun? In the first place they would have strong empirical evidence to conclude he was wrong. The sun-centered solar system required telescopes to show it was right. And it needed Kepler’s math and Newton’s theory of gravitation to explain why it made logical sense. (Copernicus didn’t make it quite that far with his version of the theory.)

And does Dawkins really think Jesus would have impressed anyone in the first 15 or so centuries after his time on earth, by explaining that the Americas are slowly receding from Europe and Africa? (From context, that’s what he was referring to when he said “the map of the world changes.”) Isn’t there just a tad bit of knowledge they were not quite ready to absorb there?

Missing the Reality of Jesus

Meanwhile Jesus’ wisdom far exceeded that of “a good man.” But I’ll have to wait until my next book is published to pursue that argument where I’d like to take it.

But how has Dawkins missed the fact that Jesus actually accomplished what he set out to do on Earth? He launched a global movement that would honor the truth of God in three Persons? (And give his followers new life, though I’m sure Dawkins would never see that.) It’s as if he thought Jesus was some kind of failure!

But my question there is easily answered. Dawkins has it all figured out in his head. And he’s not willing to change his mind or open it.

It’s ironic, for this former Oxford “Professor for the Public Understanding of Science.” It is of the essence of science to put ideas to the test: to let them be challenged, both by other knowledgeable people and by reality itself. He won’t do that with his ideas on religion.

There’s much more I could say, for these are only a few selected examples. Since The God Delusion and even earlier, Dawkins has insulated himself from the reality of Jesus, and from other thinkers’ well-informed opinions on Christianity. Dawkins’ thinking passes the trivial test of his own thinking. The strange thing is, apparently he’s content with that.

Oh, and by the way, he sells boatloads of books to people who don’t know enough to realize how distorted that thinking is. He’s influencing millions to crawl into the limited and unreal space of his own head with him. If influence is what he wants, I guess that’s good enough for him. I’d rather he’d outgrew that and learn to think along with the rest of the world.