It’s Out of Our Hands, But God’s Still Got This 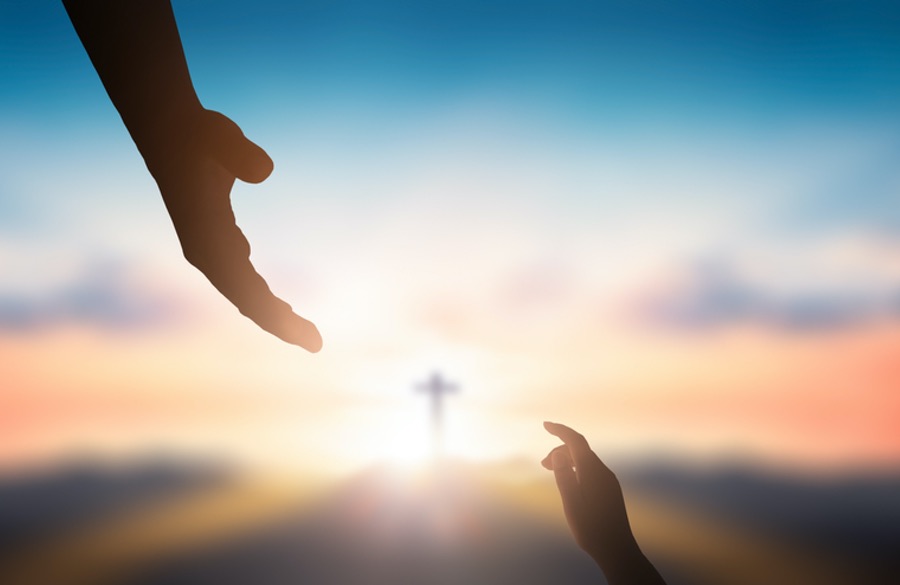 It’s out of your hands. If you’re not a lawyer, an investigator, or a witness — or maybe someone who can encourage a witness to speak out — your influence on this election is down to just two things. You can speak out to encourage those who are in the fight. And you can pray. Otherwise, you’re stuck with whatever happens. It’s out of your control.

And here’s what I’ve learned: Out of control isn’t always such a bad place to be, if you trust God with it.

Stuck With No Way to Solve It

I remember vividly the first time I had to trust God with a bad situation that was totally out of my control. I was studying music at Michigan State in the mid 1970s, and also playing some concerts around the state. But I’d made a huge mistake booking one of those concerts. (I do not recommend making huge mistakes so you can trust God to solve them.) Somehow I scheduled myself to play a concert with a Christian band leader named Thurlow Spurr in Monroe, Michigan, the same night I was supposed to be in East Lansing for a rehearsal with MSU’s Wind Ensemble.

This was bad. Really bad. Musicians don’t miss concerts. Ever. Period. I’d rehearsed with the Thurlow Spurr group, I’d played two other concerts with them, and there was no way to replace me for this one. Backing out would mar the concert and utterly destroy my reputation.

You don’t miss concerts, and you don’t miss rehearsals, either. The saying at Michigan State was, “You can skip a rehearsal for a death in the family: your own.” Sound like a joke? Not so much.

Two years earlier, when I was a freshman. I’d showed up at the band director’s office with a note from a campus doctors. I was pretty sick. The doc thought I had appendicitis, and I was to meet with a surgeon at 6:30 pm. I was going to have to miss marching band practice.

Mr. Bloomquist, the director, looked at the note, looked at me, and said, “6:30? Practice will be over by then. You don’t really need to skip, do you?” I had my appendix out that night. The surgeon told me afterward that I was even sicker than I’d realized.

Not even appendicitis; only a death in the family: Your own. Actually, he did excuse me for it, but when I came back a week later, he made a pointed comment: “Well, I’m sure glad to see we can all make it this time.”

I never saw anyone else miss a rehearsal, ever. Just once I saw a student walk in late. I mean that literally: It happened exactly once in four years. Mr. Bloomquist’s glare is still burned in my memory. The year after I graduated, I had nightmares seven nights in a row that I was late for band.

God Solved It; God’s Got This

I couldn’t miss the concert, and I couldn’t miss the rehearsal. I was stuck. No way out. So I did the only sensible thing: I laughed. And I prayed. I said, “Okay, God, this one’s way beyond me. It’s all yours now. How are you going to solve this?” You pray that way sometimes, when you have no other option.

Two days later Mr. Bloomquist told us, “We’re doing really well here. I’m going to cancel that evening rehearsal.” And that was it. It was easy! But it was also just as unheard of as a student showing up late. It was the only rehearsal he ever canceled, in my four years there.

This election is out of our control now, other than moral support and prayer. Let me encourage you in your praying. When things are out of our hands, that’s a great time to put it in God’s. He’s not stuck. He’s not up in heaven moaning, “Oh, nuts. I’ve sure got Myself in a pickle this time.” He’s the all-powerful, all-wise, all-loving King of the Universe. He’s got this.

Put It In Hands, and Be Encouraged

That doesn’t mean we know how He’s going to work it out. He’s got a whole list of options to draw from. Once in the Old Testament, for example, he had a whole invading army just suddenly up and leave overnight. Another time he let the nation of Judah suffer and be conquered, carried off in exile to Babylon.

He had his purposes both times, and both times they were good. God intended the exile to cure the nation of idolatry. Have you ever stopped to consider how well that worked? To this day, you never again hear of the Jews worshiping any God but the one God. And have you ever considered how essential that was to set the stage for the coming of Christ? God knew what He was doing.

So you and I can and must pray, saying, “This is urgent, Lord, but it’s totally out of my control. I yield to your will. I know your purposes are higher and wiser than mine. Nevertheless I ask you to work mightily and make this election right.”

It’s not that much different from a lot of our prayers. Someone gets sick, or we lose a job, or a family member rejects, or a thousand other things. I’m sure you’ve got “impossible” prayer answers you could tell about, too. Remember them as you pray. Remember who God is. Be encouraged.

Can Complaining to God Be a Sign of Intimacy with God?

Lift Up Your Eyes