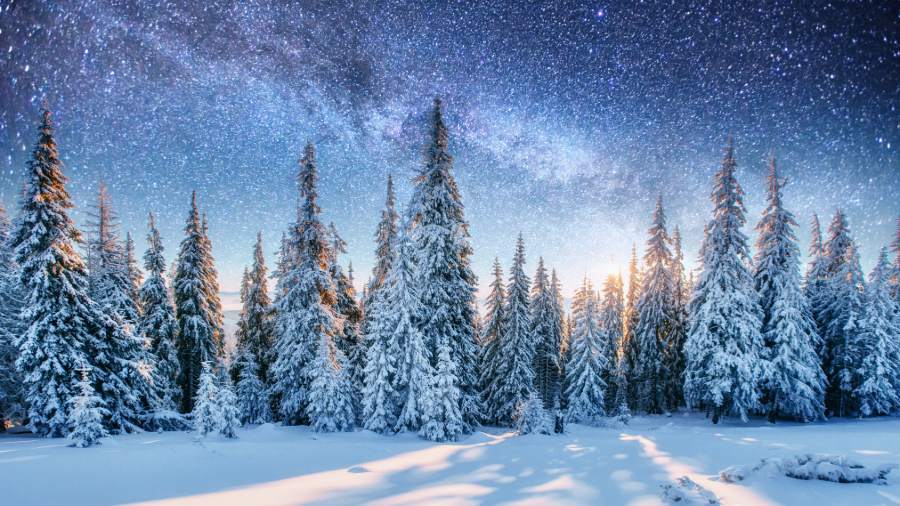 Have you ever thought about a world without global warming? At least, one without the 20th century warming?

If you imagine a utopian world, think again. It’s likely you’ve been misled.

A very cold climatic period, popularly known as the Little Ice Age, prevailed during the 16th and 17th centuries (approximately 1570–1730).

The LIA was unlike anything in the past 2000 years. Many parts of the world had extremely cold winters. Summers were short and mild.

Big icebergs reached as far south as Rotterdam in Holland. It is said that “the Spanish diplomats traveled by sleigh over the ice to broker their truce with Dutch rebels in early 1608.”

Rivers in France, Greece, and Germany froze, bringing widespread famine. Paintings show the frozen Thames River in London. In China, the powerful Ming dynasty fell in 1644, weakened in part by the cooling. The LIA was felt worldwide.

When the LIA ended — for various reasons including increased sunspot activity — it gave way to much warmer temperatures. That warming continues.

The LIA proved an inconvenient fact for alarmists’ man-made warming narrative. To do away with it, some scientists, like Michael Mann, tried to erase it from history.

Mann came up with a hockey stick-shaped temperature graph. It gave the illusion that warming began much later, during the industrial era, and was unprecedented. But at least 200 scientific papers proved Mann’s hockey stick false.

Some alarmists say the LIA was a regional phenomenon, restricted to Europe and North America. But the evidence says otherwise. It was observed in Mexico, southern South America, South Africa, Antarctica and Greenland, Arctic Canada and Iceland, Peru, the North Atlantic Ocean, India, Australia, and elsewhere.

So How Would Our World Look Without the Warming?

Global greening began only after the end of the LIA. Plant growth in recent decades has improved. Not only warmer temperatures but also higher atmospheric CO2 concentrations have contributed.

With warmth and CO2, both wild plants and agricultural crops flourished after the LIA. Without the warming and added CO2, crop yields everywhere would have been lower, and cold, dry conditions would have made agriculture impossible in many parts of the world. Without the warming and added CO2, there might have been no Industrial Revolution. Why? Because it depended in part on rising crop yields permitting millions to move from farms to factories.

Today, humanity thrives as never before, buoyed by booming agriculture, innovations in healthcare, and rapid progression of commercial and industrial technology.

Even if an industrial era had managed to materialize, a growing population would not have been able to flourish without an expanding agricultural sector. But many tropical countries would have gone through severe droughts and famines, as they did during the LIA, resulting in the collapse of major powers and people groups.

A barren, cold world in which many people faced death during winters. That’s what the 19th century would have been like without the warming that ended the LIA.

Now, life expectancy is at its highest. Humanity thrives as never before, buoyed by booming agriculture, innovations in healthcare, and rapid progression of commercial and industrial technology. We’ve also harnessed energy from available natural resources, which aided in the growth of civilization globally.

None of these things would have been likely, at least at the scale on which they’ve occurred, without global warming.

Reports suggest that we are entering two decades of cooling due to weak solar activity like what prevailed during the LIA. Time will tell how cold this phase will be.

Enjoy the warmth while it lasts.