Our Therapeutic Culture Downplays the Evil Nature of Addiction 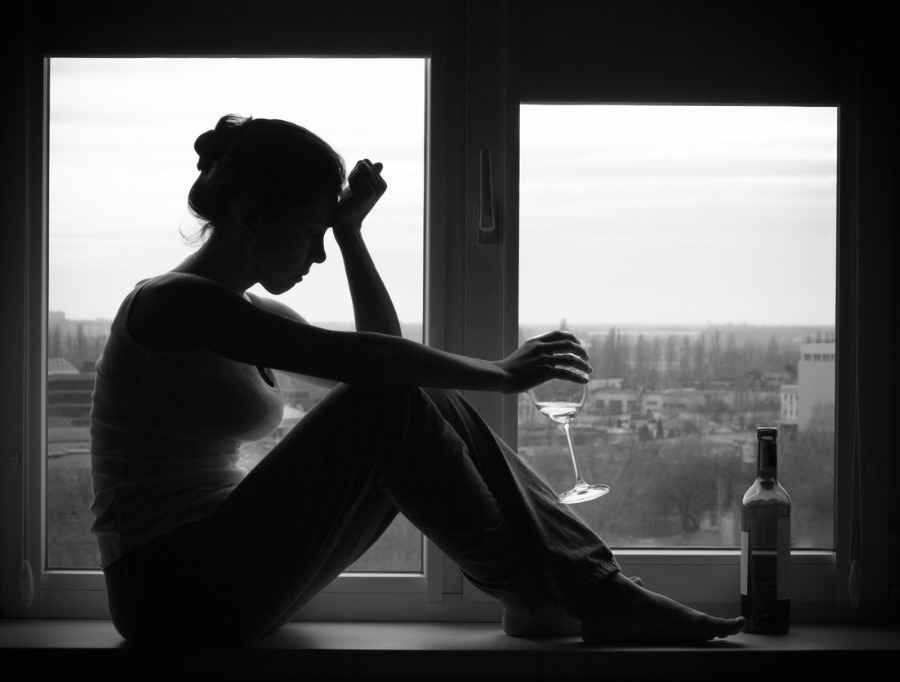 On 1988, when I was still in college, I woke up in the middle of the night and saw a demon. I had been drinking for several days in a row and should have been unconscious, but at the stroke of three I sat straight up in bed. I was in a small room in a basement apartment in Washington, D.C. There was something in the room with me.

The shadow moved closer and closer until we were face to face. Its body was animalistic, like a panther, but the face was pure malice. I slapped myself several times to try and wake up. Then I realized I was awake. I looked into its yellow eyes and was frozen with fear. For the first time in years I closed my eyes and said a prayer.

The next thing I knew it was morning.

I stopped drinking shortly after. I never forgot the experience, and thought of it again when reading the newly re-released book The War Of The Gods In Addiction: C. G. Jung, Alcoholics Anonymous, and Archetypal Evil by David Schoen. This intrepid work challenges the overuse of therapeutic and medical language that guides any modern discussion of addiction. Addiction may be a disease (I prefer the word disorder), but it is also what too few still call it: evil.

This is the argument of The War of the Gods. The book focuses on the work of psychiatrist Carl Jung, who played a pivotal role in the formation of Alcoholics Anonymous.

The irony revealed in Gods is that Jung, whose theories launched a lot of New Age ideas about things like the meaning of dreams, came across like an Old Testament prophet when he wrote about addiction.

To Jung, addiction was a struggle between God and the devil. In The War of the Gods Schoen goes so far as to dismiss even St. Augustine as being insufficiently realistic about the objective reality and true danger of evil. 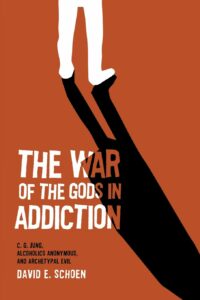 Schoen, an addiction counselor, argues that while genetics and biochemistry play a role in addiction, there is another more powerful element present: archetypical evil. Addiction is not just a malady or habit or disease, like diabetes. It is a life destroyer, a devouring, malicious force that explodes homes, friendships, love itself. Writes Schoen, “Ultimately addiction swallows up and destroys creativity … the addiction ultimately wants everything burned and sacrificed on its altar alone.”

He goes on: “In addiction, there is a permanent hijacking of the entire psychic system; the normal ego complex and all of its functions are as if put under a powerful diabolical spell that suspends and paralyzes them — the whole kingdom and everything in it.”

Schoen then hammers the point home: “I cannot state strongly enough that to describe this core of addiction as a killer is not a dramatic overstatement to get your attention or an alarmist exaggeration; it is the stone-cold truth and reality of addiction.”

This malevolent entity has many names from many cultures: Loki in the Norse myth; Set, the “bringer of darkness and drought” in Egypt; Ahriman, the “prince of demons” in Persia; and of course, Satan in Christianity. To Schoen this “Archetypical Shadow/Archetypal Evil” is a “transpersonal evil” that is real and becomes manifest in the “Addiction-Shadow-Complex” of the chemically dependent. In short, the person turns into a monster.

Carl Jung grew interested in alcoholism in the 1920s. One of his patients, an investment banker named Rowland Hazard, came to Jung for help stop drinking but could not stay sober. Jung told Hazard that his case was hopeless and that there was only one shot available — a religious conversion. Jung added that conversion experiences were rare, but recommended that Roland “place himself in a religious atmosphere and hope for the best,” AA founder Bill Wilson recalled in a memoir.

Hazard discovered the Christian organization the Oxford Group. He got sober and then got a fellow drunk named Ebby T. sober. Ebby then encountered his old friend, the alcoholic stock speculator Bill Wilson. After a powerful religious experience where he was blinded with a white light and claimed he stood in the presence of God, Wilson founded Alcoholics Anonymous. The group and its culture have permeated modern life, from Oprah Winfrey to the political class. Twelve Steppers have a “higher power” that helps them stay sober and get through daily life, but this power can be construed as anything — Buddha, a loved one, a dog.

This lightweight approach is intended to help get resentful and disbelieving new drunks under the tent. What has been forgotten is that Bill Wilson and Carl Jung were prescribing much stronger stuff — and that the great white light Wilson claimed to have seen and felt, and religious belief and spiritual warfare with Satan, are essential parts of a successful “program” of sobriety.

Wilson wrote to Jung in 1961 to express his “great appreciation” for his efforts: [Y]ou frankly told [Rowland] of his hopelessness, so far as any further medical or psychiatric treatment might be concerned. This candid and humble statement of yours was beyond doubt the first foundation stone upon which our Society has since been built.”

Jung replied to Wilson a week later “[Rowland’s] craving for alcohol was the equivalent, on a low level, of the spiritual thirst of our being for wholeness, expressed in medieval language: the union with God.”

I am strongly convinced that the evil principle prevailing in this world leads the unrecognized spiritual need into perdition if it is not counteracted either by real religious insight or by the protective wall of human community. An ordinary man, not protected by an action from above and isolated in society, cannot resist the power of evil, which is called very aptly the Devil. But the use of such words arouses so many mistakes that one can only keep aloof from them as much as possible.

In conclusion, Jung observed that “[the word] ‘alcohol’ in Latin is spiritus, and you use the same word for the highest religious experience as well as for the most depraving poison. The helpful formula therefore is: spiritus contra spiritum.”

In the year 2021 we know much more about addiction than Jung did in the 1920s. Scientists point to genetic risk factors, not Satan. The language and philosophy of modern Twelve Step culture is filled with medical terms and non-judgmental self-help cliches about being true to oneself and taking things one day at a time and how deep down we’re all good people. Ironically, this argot is an echo of St. Augustine, who considered evil “provatio boni,” or the absence of the good.

In War of the Gods, Schoen isn’t having it:

St. Augustine’s theory ignores aspects of scripture — the Devil, Lucifer, the fallen angels, and hell — that argue for a different, less humanely subjective conclusion… . [he] reduces evil to the purely subjective human realm, which has influenced and encouraged many believers and nonbelievers to dismiss the existence of Satan and the Devil ever since, or at least to minimize and deny the reality of the phenomenon that these mythic images represent.