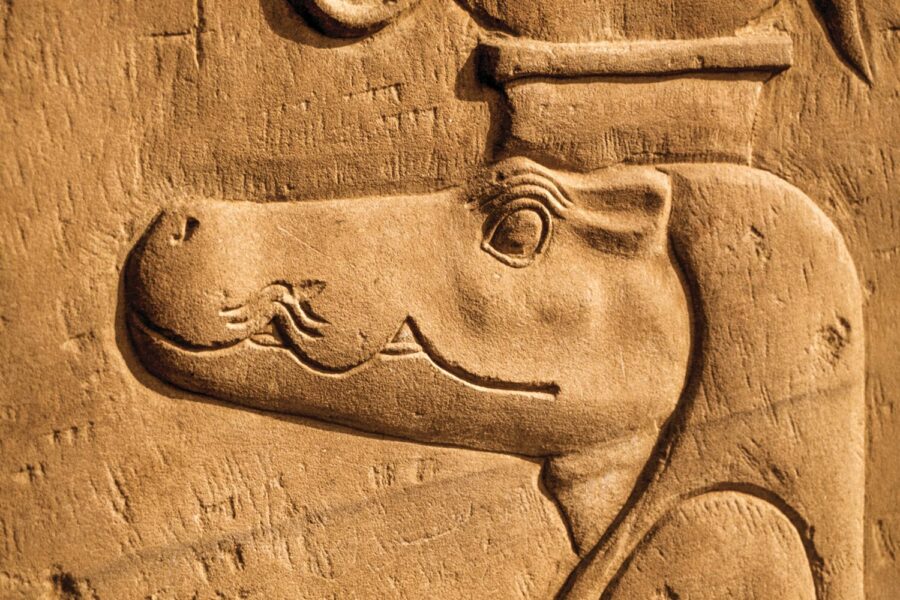 Item: Facebook is fitting 3,000 humans with sensors in a long-term attempt to create an AI device to “[teach] AI to understand daily life activities through human eyes in the context of real-time motion, interaction, and multisensory observations.”

Item: The question of “robot rights” is coming to the fore.

Item: An article at The Humanist calls for “expanding humanism to clearly and robustly include sentientism.”

The new word there needs explaining. It begins with granting “moral consideration” to sentient beings other than humans. I quote now from the article:

The most obvious candidates for moral inclusion are animals other than humans. While scientific debate continues on the margins (sea sponges, for example, are animals with no brain or nervous system), it’s clear that most animals, particularly those we farm in the trillions, are sentient. If we care about suffering and flourishing then it’s sentience, not species membership, that matters.

Summary: The world has no idea what it means to be human.

There is no greater ignorance. We strut and preen as the “most enlightened humans” of all time, but we’ve become the most idiotic instead.

(By “we,” I do not mean every person alive or even every reader here. The craziness is not universal. It’s widespread enough, though, and “they” seems so accusatory, so I will keep on using “we.”)

“Divinity” itself has descended to that depth, and men seek to follow it there, down where the sea sponges live, and lower yet.

Fifty years ago we left human footprints on the moon. Now we don’t know what “human” is.

This self-contradiction was inevitable as soon we rejected the true God and our true relationship to Him. Jewish and Christian truth teaches that we occupy the highest possible status of any created thing. No other being is created in God’s image; not even the angels, as we learn in Hebrews 1 and 2. We alone of all God’s visible created world have freedom of thought, freedom of will, the ability to love, and the means to make morally significant choices.

If only we had chosen to be who we are (in the right sense, of course). But we rejected that. It was a natural consequence of rejecting God, for by denying Him we must deny our favored relation to Him. So it was that in the fall we became less than we are; and now in the 21st century we are trying to become even less.

It’s not too late: We can still return to sanity, but only by returning to God.

It’s come so far, I suspect some readers even reacted to the word “favored” there: What makes us so special, and who are you to say so!? I have no problem with the question. God Himself made us special, and I don’t need to be anyone to say so, because He Himself said it.

It’s really quite a straightforward, slam-dunk answer, and once it was widely known, but now even believers often feel uneasy with it. Humility before the rest of creation demands that we not elevate ourselves above the rest, so humility before God demands that we explain to Him how He had no business elevating us so. (I trust you see the magnitude of the mistake there.)

Conclusion: We Are “Nothing but Nature”

We rejected God, and we rejected the gods, too; and that left nothing else for the cosmos to be but stuff. So of course we, too, are nothing but stuff. We rose up from lesser forms of stuff, but the ascent is an illusion. Evolutionary theory knows nothing of progress from lower to higher. It knows nothing whatsoever.

“Natural selection” supposedly carries species forward, but in the final analysis, natural selection means nothing more than the survival of that which survives. Success means not failing. Try to read more into it than that, and you’re cheating. If there’s something special about us, it would need to come from outside of and above (“super”) nature. Deny that (really, Him), and we’re just part of the same blind, groping, purposeless process, and we have nothing to add to it.

And now we’re coming to grips with that conclusion. Sort of. But no, honestly, our confusion has us turned completely inside out. Seriously.

A few years ago Duke University philosopher Alex Rosenberg debated the Christian philosopher William Lane Craig. I was listening live online. During the ending Q&A a student asked Rosenberg if he really believed humans have no ability to think. He answered, and I thought, “No. Surely I heard that wrong.”

Still sitting in that same chair, I downloaded Rosenberg’s book on the topic. And there it was in chapter eight, just as he’d told the student, there is no such thing as thinking. “Thinking about things can’t happen at all,” he wrote.

I need not tell you the problem with that conclusion. Do not think though, that the logic is wrong. Given his starting point, his reasoning is impeccable. He just starts in a crazy place.

Meanwhile the world is treating that crazy starting place as its finish line. Morality requires humanists to be “sentientists,” thus dragging humanity down to the depths. Justice requires equal rights not only for all human races but all river and tree races, and robots, too. Equity means we can listen to lousy machine music (it really is horrible) and call it “Beethoven’s 10th.”

For most of history, men have sought to rise to divinity. Now they declare the material universe their creator, thus granting divinity to quarks and leptons and mindless forces that control both them and us. “Divinity” itself has descended to that depth, and men seek to follow it there, all the way down where the sea sponges live, and lower yet. The sponge is no more or less god than anything else we encounter, ourselves included.

No Way Back to Humanity But Through God

So we remain badly confused. We seek both to rise and to fall; so if it seems like the world is ripping itself in two, now you know yet another reason it must be that way.

And the only answer — which once again we must take in the right sense of the phrase — the only answer is to be who we are: Created by God in His image for loving relationship with Him, made possible again after our descent to false godhood through Jesus Christ. It’s not too late: We can still return to sanity, but only by returning to God.

Music Prof Politicizes Music to Make It ‘Equal.’ What Happened to Making It Great?