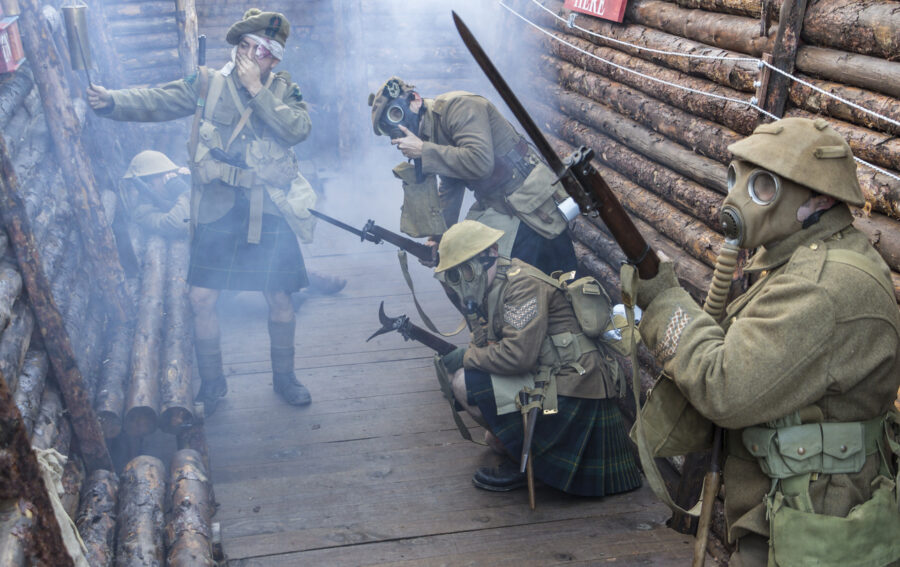 Russia stands on the brink of invading Ukraine — and the U.S. is threatening war to keep the Russians out. I could write thousands of words on how insanely reckless our elites are to risk such a futile war on the other side of the globe. To meddle in the quarrels of two countries that were one country for more than 500 years, until 1991.

Instead let me direct you to Antiwar.com’s detailed coverage. Did you know, for instance, that the U.S. has rocket launchers in Poland and Romania that could rain down Tomahawks on downtown Moscow? President Putin would like those removed, as President Kennedy wanted Russian missiles removed from Cuba.

Did you know that the U.S. promised post-Communist Russia we wouldn’t push NATO right up against her borders? Then we disregarded that promise, and did exactly that. How would we like to see Canada, Cuba, and Mexico join a revived Warsaw Pact with Moscow? I don’t think we’d put up with it. Why expect the Russians to? American exceptionalism means many things. It doesn’t mean we’re exempt from the rules of fair play with other nations.

Let me remind those of you who expected the Iraqis to greet our tanks with flowers of war’s unintended consequences. (In Iraq, those included genocide of 75% of Christians.) Not death and destruction — those are what war intends. It means to kill tens of thousands, trash cities and factories, make widows and orphans and cripples. No, I speak of the slow-acting poisons that war injects into our bloodstream.

Modern war, with its nuclear, chemical, and biological weapons, has a vastly bigger footprint than say, the War of Jenkins Ear. Waging war after 1900 or so became the equivalent of turning Godzilla loose on your enemy’s crowded cities, while he sends King Kong after yours. As followers of Christ, we ought to be the last people to endorse any war that is not the last, last, last and utterly final resort — the only alternative to unspeakable evil and chaos. I’d say that the war to stop Hitler qualified. So did the Cold War, which deterred Stalin.

Do You Trust the Deep State?

But stopping the ludicrously corrupt Russian government from taking Russian-speaking territory back from the ludicrously corrupt Ukrainian government? Especially since that latter regime only exists thanks to a 2014 CIA coup nullifying Ukraine’s democratic elections — a coup conservatives have compared to the theft of our 2020 election. The same foreign policy elites who now urge us to war solemnly assured us that Hunter Biden’s laptop was “Russian disinformation.”

But now, trusting these same “experts” (architects of the Iraq War and our Afghan debacle), we’re supposed to risk nuclear war to settle a squabble among foreign oligarchs? To preserve “freedom” in Ukraine, while our own dubiously legitimate government leaves the January 6 political prisoners to rot? And dubs dissent from the Biden regime a “domestic terrorist threat”? Biden’s gang spent four years lying about Putin stealing our 2016 presidential election. We’re supposed to believe them now, when they tell us Putin threatens the peace and freedom of Europe?

Leave aside for the moment the real risk of nuclear escalation in a war against a major power whose missiles target our cities. America couldn’t keep order in her cities’ streets, a year ago. Are we really in any condition to refashion Eastern Europe with tanks and bombs?

World War I Killed Christianity and Western Culture in Europe

Let us speak of slow-acting poisons.

Europe used to be Christian. Overwhelmingly Christian. Churches and their institutions once wielded enormous influence for the good, preaching the Gospel, encouraging marriage, strengthening families, and serving the poor. The magnificent cathedrals and churches of Europe raised people’s eyes to heaven. They even inspired the builders of secular structures like train stations and office buildings to work in traditional styles honoring Western heritage. Think of Grand Central Station in New York City, or Union Station in Washington. Virtually every building anywhere in the world that you’d want to see was built before 1914, certainly before 1945.

While socialist movements existed, few outside Tsarist Russia sought violent revolution. Christian labor unions and reform associations competed with them successfully for the hearts of the working class. Living standards for the poor were rapidly rising. People of different languages and religions co-existed side by side all across Europe, as they had for centuries, with minimal ethnic strife.

Despite all the new technologies and theories bubbling up, a great sense of continuity still anchored our civilization — a continuity people valued. Schools taught Latin and Greek, and passed along traditions, believing that long-standing customs ought to be trusted, not tossed aside.

That was Europe, in August 1914. Then a small group of bumbling statesmen tossed it all away. Two regimes with shaky legitimacy afraid of internal reform decided that throwing their weight around would rally the people around them. They didn’t reckon the risks. The leaders of Austria-Hungary and Tsarist Russia provoked each other into war, and dragged in their allies behind them.

Four years later, 20 million people were dead. A new strain of influenza, spread by the movement of soldiers, killed tens of millions more. Worst of all, Western culture was poisoned. Because the futile, grinding, savage combat accomplished virtually nothing. But all the old institutions had almost without exception backed it.

Especially the churches. Even though the Vatican had tried to broker peace, the local leaders of churches had gleefully blessed the conflict, throwing holy water on the troops as they marched off to kill and die in vain. Scholar Adam Hochschild reports:

Ferocity about the war could be heard everywhere. “Kill Germans! Kill them!” raged one clergyman in a 1915 sermon. “… Not for the sake of killing, but to save the world… . Kill the good as well as the bad…. Kill the young men as well as the old… . Kill those who have shown kindness to our wounded as well as those fiends who crucified the Canadian sergeant [a story then circulating]… . I look upon it as a war for purity. I look upon everybody who dies in it as a martyr.” The speaker was Arthur Winnington-Ingram, the Anglican bishop of London.

The Backlash That Never Ended

So when the war was over, and the survivors surveyed the ruins, they turned against the institutions that had helped goad them into it. (Read this brilliant essay proving that by Mary Harrington.) Churches, elites, aristocrats, patriots, armies, traditional schools. Even innocent things like classical languages and traditional architecture, which were linked in their minds with such institutions — out they went!

Insanely radical parties such as the Bolsheviks, then the Fascists, seemed suddenly reasonable in the smoking rubble of ruined medieval cities. Sex cranks, race cranks, eugenicists, and every other variety of monomaniacal ideologue suddenly got a hearing. Not just Lenin and Hitler, but Margaret Sanger and Margaret Mead, were unleashed upon the world.

Educators, writers, artists, and architects turned violently against every traditional form or convention — from Classical architecture to heterosexual marriage. The unreadable novels of Joyce, the unspeakable buildings of Brutalism, the soulless glass boxes that clog up our cities, the abortion clinics and sex ed curricula … their inhuman, joyless roots all lie in the blood-poisoned soil of the Somme.

Consider how quickly American youth got radicalized between 1960 and 1970. Little of that would have happened absent the constant body-bags and horror reports coming back from Vietnam.

Will We Poison America Too?

If American Christians back a pointless, ghastly war brought on by bumbling, lying bureaucrats, our churches will stand as discredited as Europe’s were by 1918. Too many of our pastors have already sold their souls by embracing the Dead Baby Vaccine, and collaborating in the Branch Covidians’ public health dictatorship.

If they don’t stand against Biden’s deranged game of Russian roulette, the Enemy really will be turned loose on our country, virtually unopposed.