Our Founders Meant the Second Amendment as Permanent Insurance Against Dictatorship 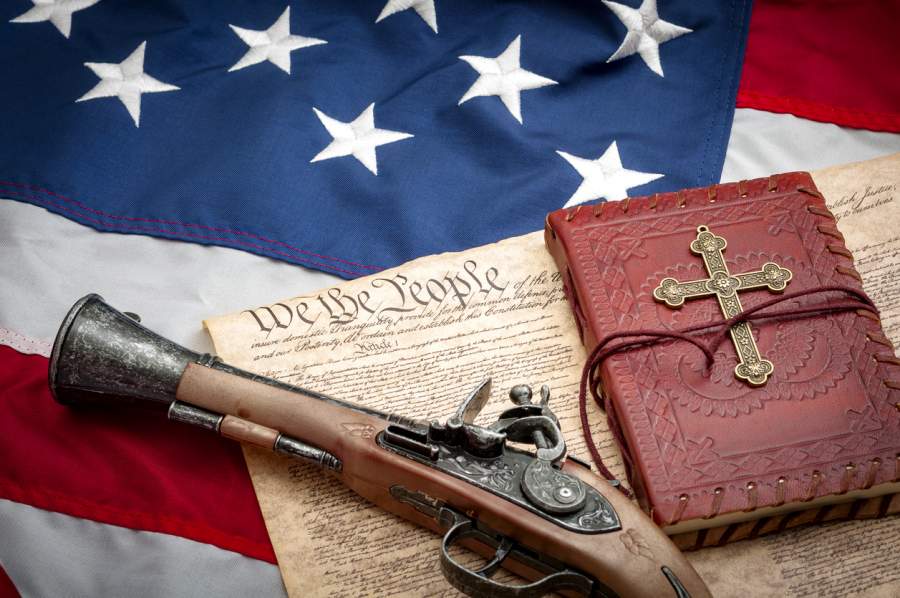 Having in this series surveyed thousands of years of Western history, we’ve searched out the roots of resistance to tyranny deep in the Hebrew Bible, the moral foundation of our culture. We’ve traced the growth and change of attitudes toward freedom and the government in the New Testament, the early Church, the Middle Ages, the Renaissance and Reformation.

We have seen how the Christian vision of the human person, dropped into the world with the Incarnation of Jesus, sent ripples down through history. It taught Christians in the catacombs to defy self-divinized emperors. It told hunted religious minorities in places like England and France to follow their consciences, at risk of being burned alive by tyrannical authorities.

That same high view of human dignity goaded thinkers to reject the “new,” “advanced,” “progressive” vision of absolute monarchs imposing their policies on helpless, passive subjects. Instead, these thinkers (Catholic or Protestant) looked back to Medieval and even ancient Hebrew precedents of citizens resisting, of communities treating their rulers as their servants, not their masters.

We saw how the English Civil War and the American Revolution forced writers and thinkers to clarify and specify the rights of each human person, according to “nature and Nature’s God.” And how in defense of such rights, those same men put at mortal risk their lives, their fortune, and their “sacred honor.”

An Empire of Liberty

And they won. The overstretched British empire, despite having the best army and navy in the world, could not prevail over ragtag citizens militias and the starving, shoeless Continental Army. The party of Liberty comprehensively defeated the party of Authority, and now looked across a vast continent which it could gradually settle, creating (despite such inherited blights as slavery) an “empire of Liberty” in North America.

When the loose alliance of states produced by the Articles of Confederation failed, various factions of our founders looked for a stronger central government. They far exceeded the authority their own states had given them when they drew up a new Constitution, with a robust Executive branch and a standing army. But in all their proceedings, even those strongly in favor of a central, Federal authority had to take with grave seriousness the objections of dissenters, the Anti-Federalists who feared a new, British-style monarchy arising on our shores.

The Sobering Lessons of History

The price of ratification for the new Constitution was the inclusion of a Bill of Rights, strictly limiting the powers of the infant government, protecting both states and their citizens from the rise of a tyranny. We must be forever thankful to men such as John Adams, James Madison, and Thomas Jefferson, for drawing on the lessons of Roman and English history to craft our institutions that separated powers and built in both checks and balances.

Despite the many tensions and profound disagreements among America’s founders over the proper powers and structure of the new American government, there was one subject on which they were apparently unanimous. Namely that the citizens should be armed, with weapons comparable to those possessed by the government, as a perpetual insurance policy against any future tyranny. A “nuclear option” as we might call it today.

Constitutional scholar Stephen Halbrook documents in detail this overwhelming consensus in books such as The Right to Bear Arms and The Founders’ Second Amendment. Halbrook cites countless statements from state constitutions, speeches and letters by state legislators and members of Congress, asserting the centrality of an armed citizenry as the last guarantor of liberty. They could all be summed up by the passage Halbrook quotes from James Madison’s Federalist #46:

Madison argued that any standing army that might oppress the people ‘would be opposed [by] a militia amounting to nearly half a million citizens with arms in their hands, officered by men chosen from among themselves, fighting for their common liberties.’

A Right So Fundamental and Obvious

Halbrook shows how the only debate over the inclusion of a right to bear arms in the Constitution was over this question: Was such a right so fundamental and obvious that including it explicitly might call its profound, sacred origin into question, make it seem like a privilege granted by the State instead of a right given by God. We can be thankful that the advocates of making the right explicit prevailed. Halbrook notes that the text of the Second Amendment passed the U.S. House of Representatives with no objections. The experience of facing, then fighting, the British Crown and Parliament had resolved any doubts on the subject.

The Supreme Court Returns to the Founders

We can be grateful today that our current Supreme Court has embraced once again in its 2022 decision N.Y. State v. Bruen the original intent of the founders in interpreting their words. The majority on the court spoke with ringing clarity of individual rights proper to citizens, which the State “may not infringe.” I encourage all my readers to find the full text of the majority ruling in this case and read it for themselves.

Share it with your friends and quote it to your enemies. Like the other landmark 2022 decision in Dobbs, overturning Roe v. Wade, the Bruen decision reclaims the Constitution as a document of philosophical anthropology, a lucid and principled instrument for defending a particular view of human beings and their nature: The Christian, classical view of man as a rational animal a little lower than the angels.

Tearing Down the Statues and the System

The left rejects the Bruen decision as it rejects the Dobbs decision overturning Roe v. Wade, in the same way and for the same reasons. Not because these decisions fail to accurately interpret our Constitution. Look through the attacks on either decision in our media. You won’t find scholarly arguments that Justice Alito or Justice Thomas somehow misconstrued the intent of those who drafted the Second Amendment, or the Fourteenth. Not even from constitutional scholars on the left. They’re past caring about providing any fig-leaf for their seizure of power. Instead of debating the merits of either decision, they immediately moved to talk of riots in the street, and plans to pack the Supreme Court with new apparatchiks, the moment it has the power.

The left doesn’t care about the Constitution — or actively hates it as an antiquated instrument crafted by dead white males that limits their power, based on a view of man which they think that Marx, Darwin, and Freud rendered obsolete. What do you think it meant when blue-state mayors and governors allowed Marxist thugs and mobs of looters to tear down statues not just of Confederate generals and Christopher Columbus, but Thomas Jefferson, George Washington and Abraham Lincoln?

That we owe no allegiance to our ancestors or the political system they left us. We can label the entire past before say, 1968, as “racist” and rip it down. Then this generation will be free at last, free at last, to build its godless, inhuman Utopia on the rubble. And rut on top of the toppled statues until they simply starve to death.

Nobody ever said that the left doesn’t have a Plan.