Our Feelings are a Blind Guide 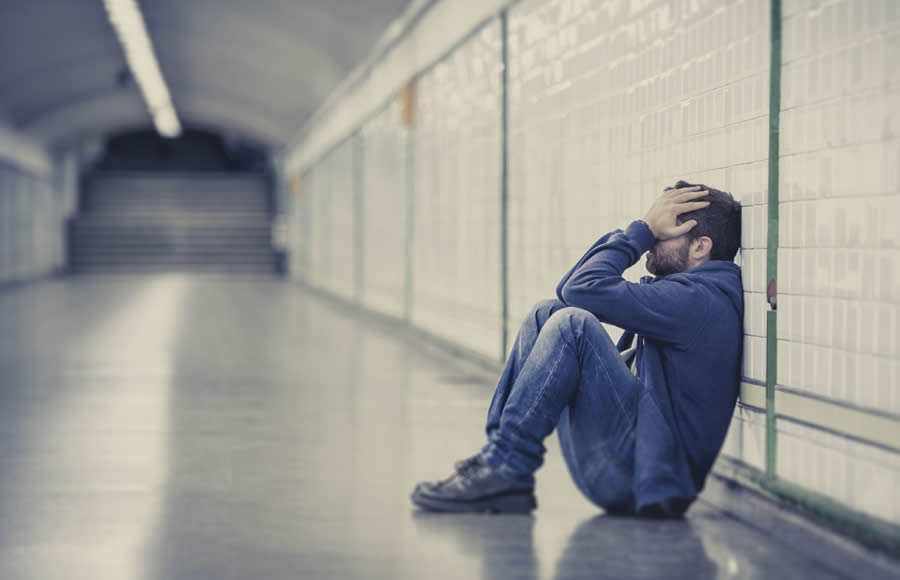 The magazine pickin’s were slim in my “sports medicine” doctor’s waiting room: Us or Elle. Having no interest in people who are famous for being well known, I picked Elle and discovered book reviews. Who knew? And they didn’t review the same books I read about the night before in First Things.

They reviewed F*** Feelings: One Shrink’s Practical Advice for Managing All Life’s Impossible Problems by psychiatrist Michael I. Bennett and his daughter Sarah Bennett, a comedy writer.

“I chose the title,” Dr. Bennett comments in a video about the book, “because it was so often the answer in a dialogue with patients.” Patients come with all sorts of problems, often wanting change where change wasn’t possible. In the process they ramble on about their feelings until Dr. Bennett stops them. Feelings, he insists, are simply facts. We need to accept them, get over them and get on with what we’re going to do about our problems.

Life, he argues, is not about improving self-esteem or making ourselves feel better or figuring out a way to be happier or solving “life’s impossible problems.” It’s about managing what are often stinking, no good, rotten and unfair circumstances and problems. “If you want to make good decisions or get good advice about them,” the Bennetts write in their “Manifesto,” “don’t pay too much attention to your feelings.”

The Bennetts recommend treating feelings as mere a data point while living instead with a reliance on reason and will. “In our world,” they write, “feelings don’t rule, many things can’t be changed and acceptance of limits, not limitless self-improvement, is the key to moving forward and dealing effectively with any and all crap that life can throw your way.”

It’s about time that people in the psychology/psychiatry world began assaulting the therapeutic culture that holds Western culture and far too much of the Church captive. We’ve become obsessed with our feelings and those feelings have become self-validating: I feel what I feel and can’t help it. If I feel it and can’t help it, my feelings must be good. If my feelings are good, I have right to act as they lead me. And if I have a right to act as my feelings lead me, I am owed validation and success.

And so we have the story of two Christian families each of which had a houseful of children. They lived next door to each other, celebrated birthdays and anniversaries together and went on vacations together. The eldest daughter of one family was engaged to the eldest son of the other. People looked with awe at these two “perfect” Christian marriages and families. That is, until the dad from one family ran off with the mom from the other.

When someone confronted the runaway mom, she responded adamantly, “Don’t I have a right to be happy?” And the right to happiness is, of course, about following my feelings wherever they lead and spouse, children, covenants, church and community be damned.

Perhaps if people started following the advice in the title of this rudely titled book, we’d have fewer stories like this one and the Synod on the Family’s job would have been easier.

Or take higher education where protecting everyone’s feelings has become a major purpose. Students today are apparently so emotionally fragile that they require trigger warnings on books that might offend, “safe” spaces in which to share their feelings, protection from speakers they might find unsettling and only the most carefully chosen and innocuous words.

Even the Supreme Court runs on feelings these days. The majority opinion extending marriage to same-sex couples begins, “The Constitution promises liberty to all within its reach, a liberty that includes certain specific rights that allow persons, within a lawful realm, to define and express their identity” where “identity,” of course, has to do almost exclusively with feelings and desires.

It’s children who moan, “You hurt my feelings” and “That’s not fair” — or at least it used to be. Now it’s everyone and it needs to stop.

It makes me wonder what debt the Bennetts owe directly and indirectly to Thomas Aquinas who, while he might be disturbed by the title, would, I think, appreciate the Bennetts’ point. Allowing ourselves to be ruled by passions, Aquinas knew, is a recipe for disaster in this world and the next.

If book with an offensive title can teach that to people today, we’ll all reap the benefits.