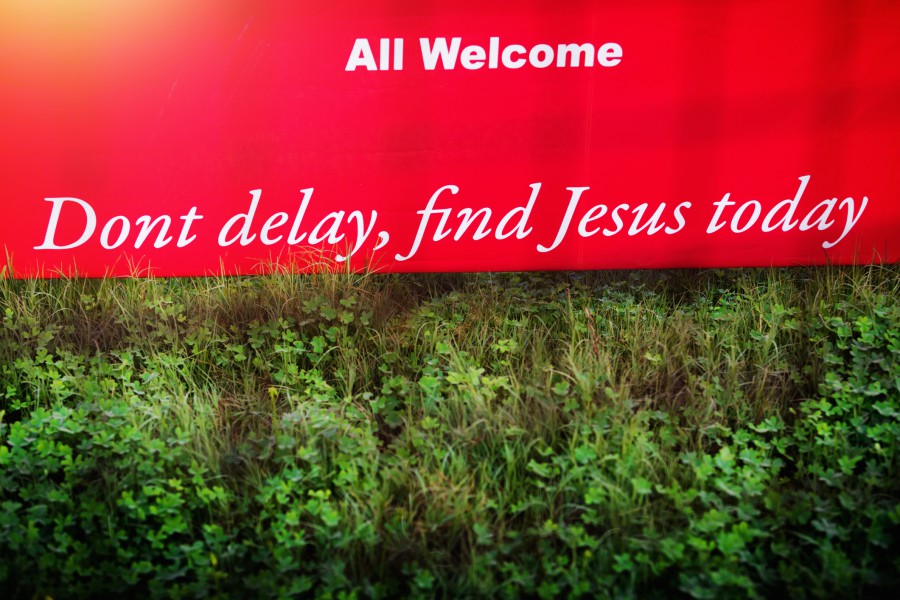 Our Evangelical forebears made two mistakes about the relationship between the church and the culture in which it finds itself. Unfortunately, they bequeathed them to us.

They made those mistakes because they failed to ask this question: Is the church successfully reaching our culture with the Gospel, or is it being corrupted by it? It can be hard to tell, because the influence inevitably flows both ways.

Therefore, we must always be reassessing our relationship to the culture in which we find ourselves. Only so can we hope to fulfill the biblical mandate to be simultaneously in the world but not of it. And avoid our forebears’ mistakes.

What mistakes did our Evangelical forbears bequeath us? First, they overestimated the depths of the Christian influence on American culture. Traditional morality and the family were in the 1950s being maintained out of habit, while commitment to their foundations was being hollowed out.

Our failure to practice the Great Commission (to make disciples rather than merely converts) meant that the foundations of Christian culture were being undermined even while it looked like we were being successful in reaching people with the Gospel. Too many of our “converts” were not truly born again, and hardly any were being taught the Christian worldview, much less sound doctrine.

The second mistake was a superficial understanding of the Lordship of Christ. Christian truth does not exist in a sealed chamber called “religion.” It is true truth about the world because God is the Creator of the world. Therefore, Christ is Lord not just of my religion but of my life. No distinction can be made between “sacred” and “secular.”

C.S. Lewis expressed it accurately: “There is no neutral ground in the universe; every square inch, every split second, is claimed by God and counter-claimed by Satan.” As J. Gresham Machen put it, “The field of Christianity is the world. The Christian cannot be satisfied so long as any human activity is either opposed to Christianity or out of connection with Christianity.”

If this is true, the Gospel should make a difference in every area of life. That is how we correct those mistakes. The Gospel should transform how we relate to our family, our fellow man, work, the state, education, athletics, the arts — everything. Every area of private life, every arena of public life, must now be seen in relation to Christ.

It is, in other words, to be redeemed by His grace, informed by His Word, brought into submission to His Lordship, and pursued for His glory.

Most of our churches do not even make an effort to teach such things. That means they are making no effort to be disciple-making communities. Discipleship was defined by our Lord Himself when He gave the Great Commission.

As we go into all the world, we are to make disciples. We are to baptize them in the name of the Father, the Son, and the Holy Spirit. We are to teach them to obey everything that Jesus has commanded us. Everything! So a disciple is a baptized believer who is learning to obey all of Jesus’ commandments. This would include those given by His Apostles on His behalf in the rest of the New Testament.

What would such a life look like? What would a community of such lives look like? It would be a subculture, a counterculture bringing salt and light to the secular culture around it. Salt is a preservative and a seasoning. So the Christian subculture should retard the natural slide of secular society toward corruption and bring out the flavor of all that is good in it. Light shows the way. So the Christian subculture should keep the Way of salvation open and visible as a Way of Life that provides an alternative to the death on every side.

What would such a way of life look like? What would you notice as different about it? Would it have families in which male headship was a medium of love rather than oppression? Would work not just be something done for a paycheck but rather an opportunity to serve one’s neighbor out of love?

Being Salt and Light

If then we are satisfied simply to teach people to follow a set of rules or train them to buy the approved style of kitsch or move them to cry at altar calls, our ministry is less than authentic Christianity. It is a false spirituality that has denied the faith. We have been content to have it so.

And that is how we got to the sorry place we occupy in the Year of our Lord 2020.

Donald T. Williams is professor emeritus of Toccoa Falls College. He is the author of twelve books, including Deeper Magic: The Theology behind the Writings of C. S. Lewis and The Young Christian’s Survival Guide: Common Questions Young Christians are Asked about God, the Bible, and the Christian Faith Answered.