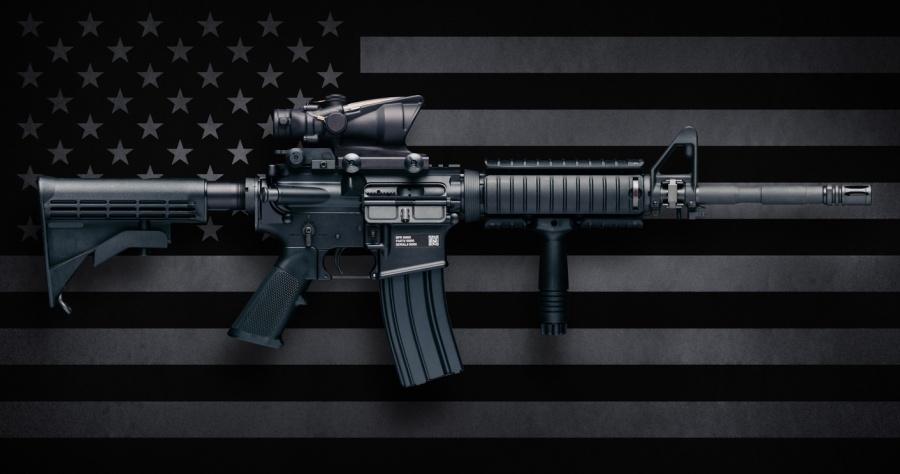 Democrats, who control the U.S. House of Representatives and have a permanent death grip on my state government here in Connecticut, are not serious about ending the epidemic of mass shootings that are plaguing our country.

Yes, they sincerely hate the violence and want it to stop. But they also smell an opportunity for partisan gain every time it happens. And they always place that goal above stopping the violence.

They never let a good crisis go to waste. Every mass shooting is exploited to attack their political opposition and the lobbies that support them. Rational arguments against gun control are not met by rational arguments for it, but by weaponizing the emotional fallout of each new massacre.

What if, instead, the Democrats’ sincere desire to prevent violence outweighed their lust for partisan gain? In that imaginary world, the Democrats would put nation above party. They would treat their opponents’ concerns as just as legitimate as their own.

They would say, “Look, Republicans. You would not have these mass shootings without guns. But we understand your belief that other factors drive these shootings.”

“You say the mass shootings are happening because of mental illness, the breakdown of the family, changing social norms, and a growing disrespect for human life caused by abortion and euthanasia? Fine. We don’t agree with all of that and doing something about it will anger our own constituencies. But doing something about guns will anger your constituency, Republicans, so we’ll meet you halfway. How about a ban on late-term abortions in exchange for a ban on assault weapons?”

Of course not. They are not interested in addressing the violence plaguing our society in a comprehensive way. Not when it would anger their own constituencies.

And so the madness continues.

It is conventional wisdom that Jeffrey Epstein’s suicide was convenient to very powerful people who might have been implicated in an international sex-trafficking ring by his testimony. Even many sober-minded commentators, not given to conspiracy theories, have suggested that his suicide was not an accident.

This is where the mass shootings and the Jeffrey Epstein story melt into one for me.

As I have written before, I no longer feel the trust I once did for those who police our society. It often seems as if we are being ruled by a real-life version of the corrupt characters from House of Cards.

So yes, I can believe that Jeffrey Epstein was deliberately put in a position that made it easier for him to commit suicide. But that is just one of a whole bunch of ways in which our society is being manipulated—just this summer!—to serve the interests of the powerful.

When I returned from my week’s vacation, on the day Epstein killed himself, I caught up on all the newspapers I had missed. They were, of course, filled with news about the mass shootings. But there was something odd in the reporting.

I read three newspapers a day. When I came home from a week’s vacation, I literally read about 25 newspapers to catch up. Nearly all of it focused on the mass shooting in El Paso. This was, as Michael Anton notes in a must-read 6,000 word essay, the mass shooting that fit “the Narrative.”

But what about the other one? The Dayton shooter was almost entirely absent from them. In the August 7th newspapers there were a few items about the FBI investigating his ideological motivations and that was about it.

The articles in the mainstream press did not even tell you what those ideological motivations might be or that they are different than the El Paso shooter. Almost a week later those newspapers have yet to mention the motivations discussed by Anton or those reported on by Rod Dreher. Instead, the focus tends to be either white supremacy or guns.

All of which adds to my distrust, to my sense that we are all being manipulated to serve particular agendas. Funny thing is, all these attempts to manipulate the public are having the opposite effect on me. I was vaguely sympathetic to the pro-Second Amendment movement but it was never a top concern to me. It is now.

Because we live in a society where mass shootings happen. Because our ruling class cares less about stopping these shootings and making a safer world for my family than they do about weaponizing massacres for political gain. And because powerful people may have arranged a suicide to protect themselves from being exposed in sex trafficking.

All of this makes me believe that the non-powerful are on our own. It makes me want to hug the Second Amendment even tighter. Dare I say “cling to my gun — which I don’t have — and my religion.”

Note: “red flag laws” was changed to “assault weapons” in the ninth paragraph, a change the author had requested before publication but wasn’t made until after.