The Other Revival the Church Desperately Needs 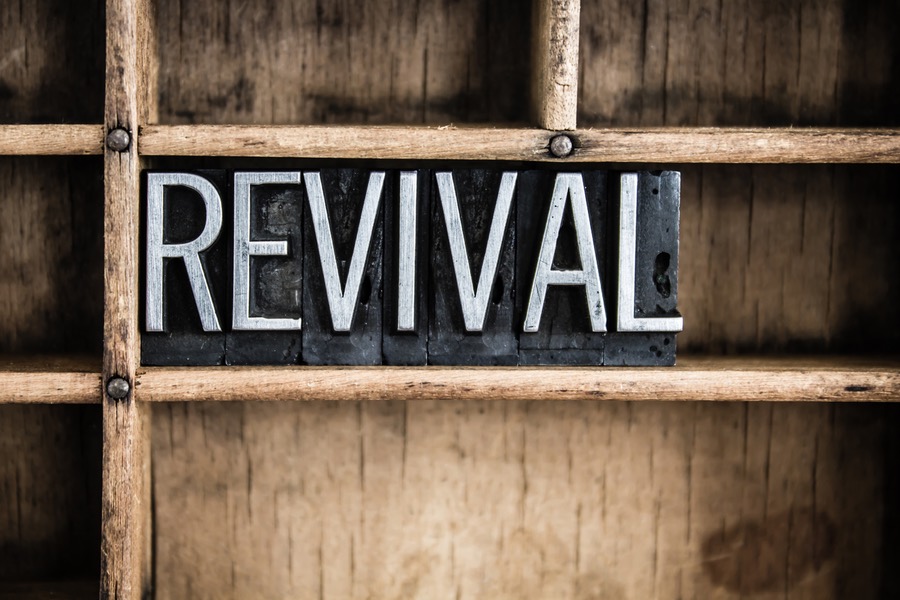 Western Christianity stands desperately in need of revival. We need God working in us to revive our hearts, lead us to prayer, bring us to repentance. This has been my prayer for decades. So I do not mean to lighten its urgency one bit by saying we need another revival, not just of heart and soul, but of mind: a revival of Christian knowledge and thought.

That may sound too heady for those of us steeped in hope for spiritual revival. It shouldn’t. The Gospel itself puts knowledge at the center. I’ve checked: words relating to know, study, teach and learn occur nearly twice on every page of your New Testament. That doesn’t include incidental usages such as Acts 26:26, “For the king knows about these things.” These are substantive; these are about us learning, studying, teaching and knowing.

We need another revival, not just of heart and soul, but of mind: a revival of Christian thought and knowledge.

It may sound too dry for a belief system based on faith. It shouldn’t. Faith is based on knowledge. Faith isn’t a blind leap into the unknown dark; that’s atheistic rhetoric speaking. Neither is it a blind leap into the unknown light; that’s New Age silliness. Faith is trusting in the God whom we can know, based on His history with and revelation to His people which we know, and counting on His promises that we know.

Let me illustrate. Do you have faith that, through Christ, there is an eternal reward in Heaven? I hope so; it’s our great hope as believers. But is it a blind leap into the unknown? Well, of course there are unknowns there; we’ve never seen it for ourselves. Still, no; for this faith rests entirely on knowledge.

We know through Scripture and history that Jesus died on the cross and rose again, conquering death. His death and resurrection give Him all the credibility anyone could need to tell us about the future beyond death. We know from Scripture that He promised eternal life to His followers. We know from Scripture and experience that He keeps His promises. Thus we can trust Him for eternal life.

Christianity, says J. P. Moreland in Kingdom Triangle (still hugely relevant ten years later), is a knowledge tradition. But we’re experiencing a crisis of both knowledge and thought. Many people reading here will be surprised at the thought that it even matters; most will be shocked to read how utterly central it is to New Testament teaching. That in itself indicates the depth of our need to know more.

We need the experiential knowledge: knowing God Himself, knowing His work in our lives, knowing what it means to serve Him, knowing what it is to trust Him in every circumstance. That’s familiar enough language in the Church these days.

But we need another kind of knowledge as well: facts and skills. Facts? Really? Yes, of course. For one thing, to know God truly one must know truth about God. But there’s more. I’ll illustrate again. You’ve heard about the “Dark Ages”? How Christianity suppressed the growth of knowledge for centuries, until the Enlightenment finally set science free? That the Church has always been against the growth of science?

We have to know, so that we can explain. We have to take responsibility.

Absolute rubbish, historically speaking. No credible historian believes a word of that anymore. Not one word. But the belief still prevails in textbooks and in schools, and it turns many away from the faith. How do we answer? We have to take responsibility: We have to know, in order to explain.

It amounts to a sustained attack of false information, aimed at Christian faith, families, communities and the next generation. Again, how do you answer charges like these? You can’t unless you know what Jesus actually said about marriage, or why the Old Testament’s moral code has outlasted its dietary laws, or how today’s science really doesn’t support gay activists’ claims for it. We have to know, so that we can explain. We have to take responsibility.

I could multiply examples ranging from science to politics to economics to education to —— but I’d better stop, before I go on too long.

It’s about the strength of each believer’s faith, and keeping young people in the faith. It’s about helping others know it’s rational to believe in Christ. And it’s about recovering our once highly credible influence in culture, education, politics and ethics.

A Revival of Christian Knowledge

This is what God has called us to, and we’re not giving it nearly enough attention.

“Revival” means coming to life again; and Christianity certainly has displayed intellectual life. We can claim a huge heritage of thinkers, scientists, artists and teachers. It begins with Jesus, whose simple teaching masked an extraordinary level of insight and quick-wittedness. Then there’s Paul: Just try writing a paragraph to match his jam-packed first chapter of Ephesians!

This is Christianity in action, both in the Bible and in history. This is what God has called us to, and we’re not giving it nearly enough attention. We need a revival of knowledge in the Church.

Tom Gilson is a senior editor with The Stream, and the author of A Christian Mind: Thoughts on Life and Truth in Jesus Christ. Follow him on Twitter: @TomGilsonAuthor. Follow The Stream at @StreamDotOrg.

Lessons From Listening to Spiritual Leaders