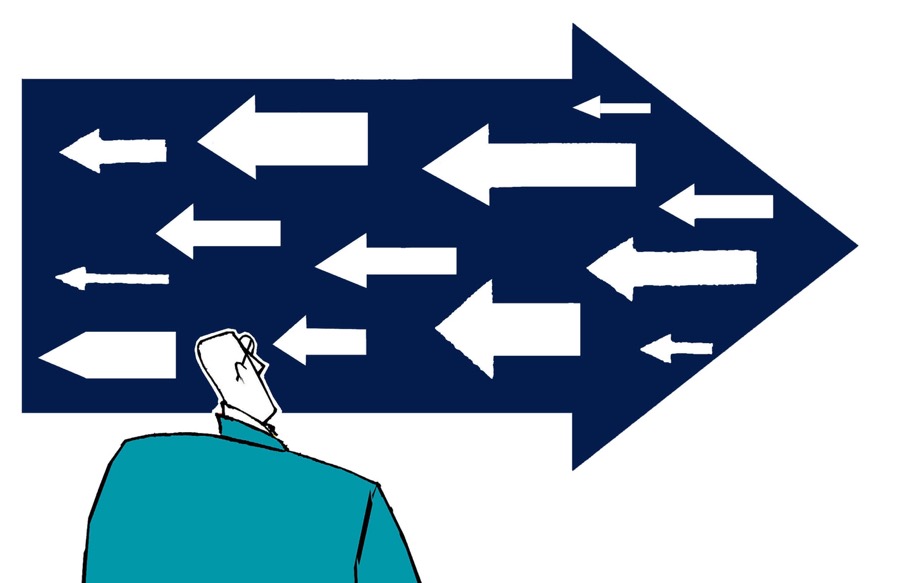 I read left-wing websites like yours to keep from being stuck in a conservative “bubble.” I want to understand how others think. But I’m having real difficulty with this Right Wing Watch article of yours from a few days ago.

When someone says he believes one thing but acts on another, it’s tough figuring out what he really means.

Take this, for example:

Trump’s racist rants and policy pronouncements aren’t just a glimpse into his id; they’re part of a strategy for inflaming his supporters against perceived threats from “the other”—people of color, immigrants, Muslims, LGBTQ people and “socialists”—in order to win elections. And for the right-wing political machine that has embraced him, that’s the key to their real endgame, which is to maintain and increase the access to power that they’ve gained since Trump came into office. That power is apparent in Trump’s massive tax cut for the wealthy, in the administration’s aggressive moves to overturn regulations that protect individuals, communities, and the environment, and in the judges they hope will gut the federal government’s constitutional authority to act on behalf of the common good.

Trump’s so-called “racism” matters. But we’ve covered it recently enough on The Stream. My purpose here isn’t to defend that but to understand you. Seems like understanding is a good idea, after all, and I want to do my part.

Trying to Understand You

So here’s my read so far. Based on what you’ve said above, I’d expect you’d be careful to avoid “inflaming” supporters. You’d shun stereotyping, or setting up people as “the other” to dehumanize them. You’d be opposed to power-seeking, too. Besides that, if you’re like most liberals, you consider openness to be important, especially openness to hearing others’ distinct viewpoints. And I’d expect you value honesty as well.

That’s what you’ve revealed about yourself, or it’s what I would expect any member of the progressive Left to value. How am I doing so far?

But this is where it gets weird. You’ve stereotyped conservatives, for starters — rather badly, and without any visible attempt at honesty. You say, for example, we want judges who will “gut the federal government’s constitutional authority to act on behalf of the common good.” Has any conservative ever said that that’s what he wants?

I know you don’t agree with our policy preferences. We say we want judges who will protect the rule of law, states’ rights, unborn persons’ right to life, and religious liberty. You think we’re wrong on all that. It’s one thing, though, to say you don’t think our policies will serve the common good. It’s quite another to suggest we’re pushing those policies because we think it will defeat the common good.

You’re suggesting our intentions are nothing but evil. Do you realize how dehumanizing that is? It’s dishonest, too, because you’re putting words in our mouths that we’ve never spoken.

A truly liberal mindset would recognize the fact that we have different ways of thinking. A genuinely liberal mind could appreciate that difference, even without agreeing with it. Don’t you want to think like a true liberal? And do you really intend to dehumanize that way? To be dishonest like that?

How does that fit in your values? See why I’m having trouble understanding you?

Going on, you appear to say that what’s really wrong with Trump is that he wants to win elections. To gain power. But tell me: Which Democrats do you support who don’t want to win elections?

Now, maybe you think Trump wants power for the sake of power alone. That would be wrong, I agree. But where’s the evidence that it’s true? And how does that square with Trump’s cutting back on the Federal government’s power, as you yourself have admitted here? Wouldn’t “power-seeking” be a better term for someone who multiplied regulations, rather than reducing them? Which recent president would that be?

You’re appalled that Trump would want to make certain groups “the other,” outsiders, people to mischaracterize, to stereotype. But you’ve certainly painted conservatives as “the other.” It’s right there in your website’s name — Right Wing Watch. And you’ve painted us all as purely undifferentiated enemies of all that’s good. That’s not quite in keeping with your own values, is it?

You decry “inflaming” rhetoric. Yet at the close of your article you write:

Republican leaders and prominent conservatives have apparently made the shameful and cynical calculation that the goal of achieving their turn-back-the-clock agenda is so worthwhile that if achieving it requires creating a brutal humanitarian catastrophe, or undermining constitutional checks and balances, or poisoning our political culture with racist and nativist rhetoric that energizes violent bigots and white nationalists, so be it.

Conservatives are willing, you say, to create a “brutal humanitarian catastrophe” just to hold on to power. Isn’t that “inflaming”? Isn’t that “poisoning our political culture with … rhetoric”?

Do you really value what you say you value?

Would You Care to Explain?

I read leftist websites so I can understand what you’re thinking. Here, though, all I get is a mass of contradictions. There’s only one way I can explain it coherently: You don’t really believe in any of these moral values. You don’t care about dehumanizing. There’s little sign you care about honesty, or about keeping an open liberal mindset. It looks like you really do want power, and that you’ll say whatever it takes to get it.

But this is only my best guess. I don’t have access to your mind or your motivations. Would you care to explain yourself further? I’d be more than glad to hear it.

Update August 3: Peter Montgomery has written a reply on the Right Wing Watch website. I want to express my appreciation to him for taking the time to do so, and for taking a respectful tone, even while obviously disagreeing with me. I plan to respond myself again next week.

Right Wing Watch Responds; I Call It (Some) Progress