‘I Can Only Imagine The Level of Relational Stress You Must Have Endured’: An Open Letter to Josh Harris 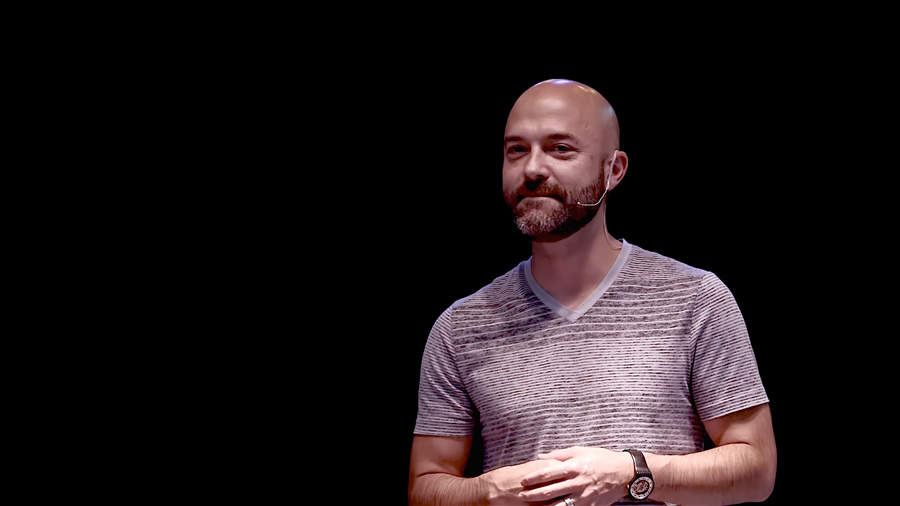 You probably don’t remember me. I asked you to write a chapter in my “Multiple Views among Christians on Dating & Courtship” type book. But having already published two best-sellers on these topics, you had understandably moved on. Soon after you became a pastor, after which I ran into you just once. But your twin brothers would later write the foreword for Thriving at College. And your dad would endorse my prequel, companion version for parents. So I’ve always been grateful for your family. And I’ve always thought highly of you.

I appreciated your concerns with how recreational dating played out in many cases — with selfishness and lust displacing the brotherly/sisterly love and purity to which we’re called (e.g., I Thess. 4:3-8). I thought your courtship ideas were well-intended, but overly restrictive. I could see how it might work in large churches filled with tight-knit families, where young singles had ample opportunities to group date.

But among older singles, it was a better theory than practice. The structure it required — overt parental involvement, lots of knowledge about the other person’s character before pairing off, etc. — is harder to come by when you’re 26 and 1000 miles from Mom and Dad.

But while your books did encourage specific practices, they were not devoid of solid principles. Just some imbalance, particularly for older singles.

Still, I appreciated the principles. Marriage is the place where God designed us to safely enjoy physical and emotional intimacy. So the goal of pairing off should be to move towards marriage or free each other to pursue that kind of relationship with someone else. Physical intimacy with “no strings attached” is an impossibility. Emotional intimacy apart from commitment is dangerous. We all need community and accountability.

I was at the New Attitude conference in 2004 when you were announced as the next Senior Pastor of Covenant Life Church. I attended that event as an outsider, curious about your movement. I did sense some of the insularity you would later critique.

But I had no idea what awaited you in terms of your former mentor taking a leave of absence in July 2011 and the serious rift that would cause, with your former mentor eventually relocating to Louisville, Kentucky, and you ultimately pulling Covenant Life Church out of that network of churches. This happened in the space of what must have been a crazy 18 months. And then there was your admission that a child sexual abuse case was handled internally instead of going to police — the perpetrator going on to hurt many others before finally being convicted and sentenced.

I can only imagine the level of relational stress you must have endured. It must have shaken you to the core. From your public statements, I gather that you lost faith in the structure of your church. You came to question the way authority was handled.

Your decision to resign from your pastorate and pursue seminary made sense. You had a gift for communication and teaching, but were thrust into a huge spotlight with no formal training. That is backwards, as you said in 2015.

I think it was 2017 when I heard about you rethinking your ideas on dating and courtship. It seemed you were trying to correct the imbalance in your books. I was initially encouraged. But I also noticed something more. Over time, you seemed to be swinging to the other side of the pendulum. You seemed to be rejecting a caricature of your views: that your books taught formulas, not principles. That you had been demeaning towards women. That you pushed marriage for everyone who courted. That you taught sex before marriage left “a permanent shadow on your entire life.”

But while your books did encourage specific practices, they were not devoid of solid principles. Just some imbalance, particularly for older singles. I didn’t pick up on harshness towards women, though your teaching on modesty could have been more nuanced. Rather than “not causing men to stumble” — as if men aren’t responsible for what thoughts they nurture — it’s about honoring God with our bodies. And it applies to men and women.

You did not teach that every courtship should lead to marriage. You didn’t even teach that everyone should court. In Boy Meets Girl, you acknowledged that what worked for you and Shannon (because you knew each other before courting) may not work for others who meet in different circumstances and have less overlap with mutual friends and/or a common local church. As for teaching that fornication left a “permanent shadow”: as you shared in Boy Meets Girl, you married a non-virgin. These realities mitigate against the claim that you were a thoroughgoing legalist.

Your critics overstated their case, but you accepted their brief. At the same time, we’ve since learned, you were having difficulties in your marriage. I can’t help but wonder if your struggles with Shannon contributed to your negative assessment of your prior teaching. It’s almost as if you concluded that “the formula” hadn’t worked for you, so it didn’t work period. But it was never about a formula.

The difficulties at your church, and within your group of churches, set you on a path of removing yourself from your former mentor, your former denomination, and your church.

I can’t help but wonder if the fallout in your church in the last decade, culminating in your departure, set you on a path to throwing out the baby with the bathwater on a much larger scale. From your perspective, your mentor failed you. The church failed you. You figured Christianity failed you. But again, Christianity isn’t a formula for a happy life.

It’s Not About Christianity ‘Working’

Some non-Christians have awesome lives: Great jobs, happy marriages, nice vacations, you name it. Some Christians have terrible lives. I’m truly sorry you had marital difficulties. Many do and recover, and perhaps you tried. I’m also saddened by the fact that your church life was so messy and problematic. But Christianity is bigger than your marriage and your church. It’s bigger than homeschooling and courtship and evangelicalism and anything else you think has let you down.

Christianity is about Jesus — a real person who lived 2000 years ago, whose remarkable actions and astonishing teachings were recorded by live witnesses, who claimed to be the only Son of the only God, and who died, yet days later was seen alive again. There is no other way to explain how the disciples were changed, how most of them would go on to die for their belief in Jesus’ resurrection — whom they, though they were well-trained Jews, worshiped as God’s equal.

Jesus is waiting to give you this life. It’s not a formula for a great marriage or a fulfilling career. But it is an anchor for your soul in the darkest of nights.

Any questions you may have about the Bible’s reliability can be answered. The documentary evidence we have for it far eclipses that of any other ancient text. If desired, you have personal access to world-class scholars like D.A. Carson, Wayne Grudem and Tim Keller.

You were out of the spotlight. Please stay out. This is not the time to seek a wider platform by starting a podcast — a podcast to do what? Spread your rejection of Jesus Christ? Instead, use the time to re-read the New Testament and especially the Gospels. Let the words and life of Christ draw you to himself. For instance, the Gospel of John. John was Jesus’ closest friend and an eyewitness of his resurrection. He said, “These [things] have been written so that you may believe that Jesus is the Christ, the Son of God; and that believing you many have life in His name” (John 20:31).

Jesus is waiting to give you this life. It’s not a formula for a great marriage or a fulfilling career. But it is an anchor for your soul in the darkest of nights — and, in the ages to come, eternal life.