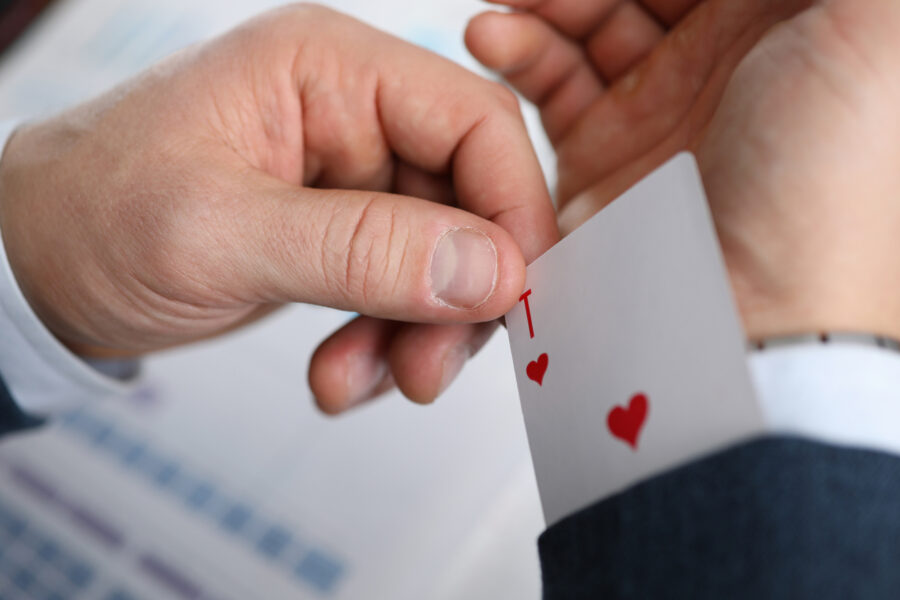 Make no mistake about it, folks.  This past election was not about Trump.  And the fact that Democrats, Republicans, Left, Right and Center are now talking about Trump instead of yet another stolen election is shameful.

The reason a magician can fool a crowd into believing something appeared or disappeared out of or into nowhere is by using misdirection.

In the election of 2020, the Left told you that the swing states needed to shut down in order to figure out who won the presidential election. What really happened was that they shut down to figure out how they could create enough votes to beat Donald Trump who was clearly on his way to a second term. Everyone going to bed at eleven o’clock eastern time on election night knew that Donald Trump had the election in the bag.

But, low and behold, at breakfast the next morning, the Electoral College count had frozen and over the next three days, slowly but surely, the amazing Bunker Biden eked out a victory.

This mid-term season, the exact same game “trick” has been dusted off and brought back to the stage.  Slowly but surely, those Senate and House Seats destined for Republicans — well, watch them magically disappear.

Focusing on the Orange Man Not on the Ballot

While everyone is saying “Trump is finished!” no one is saying what they should be saying:  “Hey, they’re stealing the election yet again!”

Trump was always slated to be the distraction.

When Time magazine confessed in February 2021 that the Democrats actually stole the election, but for a good reason: “Democracy!” people seemed to be okay with that. Why? Because Trump was obviously Hitler 2.0.

This time around, it was the same thing, “If the Republicans win, that’s the end of democracy,” we were told by the Puppet President and by the groveling media.  And who was the front man for dozens and dozens of high-profile Republican candidates bent on ending democracy? Trump.

So, had the ominous “Red Wave” actually materialized, the Left would have shouted, “Democracy is dead and Trump killed it!”

But instead, they switched tactics when they were able to derail several notable races and salvage wins for Democrats.

Instead of “Democracy is dead,” the mantra became, “Trump is Finished!”

And so, everybody everywhere is now focused on the future of MAGA and Trump instead of watching and seeing how the “magic” is being performed… yet again.

The Left is slowly but surely pulling the Democrat rabbit out of the hat and when that happens, voters will say, “Yup!  Trump caused yet another Republican to lose!”

Funny thing is, Kari Lake, the most stellar of a whole batch of wonderful Republican candidates, has been the Left’s biggest target.  She has clearly articulated her knowledge of the 2020 election steal and instead of Americans seeing in real time that she was correct because the Left is repeating the trick from two years ago, citizens are being trained and convinced that she’s getting what she deserves.

Yes, lose, even though her losing would be obvious proof that many elections this time around have — once again — been targeted for the steal.  And why not?  The Left got away with it free and clear in 2020.  And the audience seems to be the same old gullible group of people it was two years ago.

So, why not let the show go on?

Albin Sadar is the producer of The Eric Metaxas Show, heard daily coast to coast on over 300 radio stations on the Salem Radio Network.