The Only Thing Worse Than an ‘Alt-Right’ Jesus

Multiculturalism and globalism are toxic, fashionable heresies that drive some Christians to crackpot reactions against them. 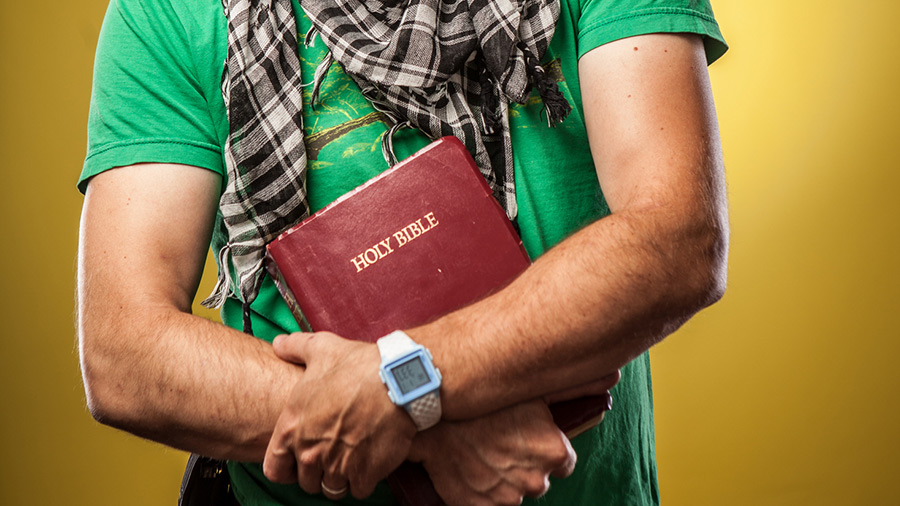 I agree with every word that Michael Brown wrote condemning Alt-Right intolerance. I’ve written for many years about the evils of racial narcissism. I’ve noted how Alt-Right spokesmen endorse even the vilest evil on earth today — abortion — for crank “eugenic” reasons. These are not good people. We should flee their evil company.

Nor should we ever abandon Christianity’s bone-deep universalism. I’m a Celtic Slav. My ancestors were tree-worshiping pagans. So I am grateful to the Jews for passing on both the Law and the Gospel. I wouldn’t want them locking me out because I lack father Abraham’s chromosomes.

Each of us faces temptations of tribalism or simple, ugly bias. Both reject the love of neighbor that Jesus demands of us.

Who Feeds the Alt-Right? The Christian Left.

But I’d like to put Dr. Brown’s comments in perspective. I would like to explain: Why are some otherwise sensible Christians tempted by Alt-Right stances, to the peril of their souls? To do that, I must point to other, subtler, more insidious errors. Most of those tempted to Alt-Right heresy are driven there as a violent over-reaction to globalism and multiculturalism.

Heresies usually come in pairs — each one equally far from the truth, but in opposite directions. Each claims to “cure” the other. That’s how they worm their way into our hearts. The Monophysites denied that Jesus has a human nature. They thought this the only way to nail shut the door against the Arian heresy. (Arians denied Our Lord’s divinity.) And so on, through the centuries.

Globalism and multiculturalism don’t lurk in dank corners of Twitter and 4chan. They strut around Harvard Yard. At Brussels and Davos, they’re the official party line. They infect the counsels of bishops and evangelists. These errors get funded by George Soros, and praised by secular media. They’re spread by the same bureaucrats at the United Nations and the European Union who fight the Church on life and marriage. Who threaten its basic freedoms. These errors serve secular culture as a new, post-Christian religion.

Globalism: A New Creed for Post-Christians

Don’t take it from me: It was gay liberal Catholic Andrew Sullivan who pointed out that this movement acts like a self-righteous, intolerant creed. Another name these errors go by is the wonkish-sounding “Intersectionality.” Here’s what Sullivan says of it:

“Intersectionality” is the latest academic craze sweeping the American academy. On the surface, it’s a recent neo-Marxist theory that argues that social oppression does not simply apply to single categories of identity — such as race, gender, sexual orientation, class, etc. — but to all of them in an interlocking system of hierarchy and power. …

It is operating, in Orwell’s words, as a “smelly little orthodoxy,” and it manifests itself, it seems to me, almost as a religion. It posits a classic orthodoxy through which all of human experience is explained — and through which all speech must be filtered. Its version of original sin is the power of some identity groups over others. To overcome this sin, you need first to confess, i.e., “check your privilege,” and subsequently live your life and order your thoughts in a way that keeps this sin at bay. The sin goes so deep into your psyche, especially if you are white or male or straight, that a profound conversion is required.

Like the Puritanism once familiar in New England, intersectionality controls language and the very terms of discourse. It enforces manners. It has an idea of virtue — and is obsessed with upholding it. The saints are the most oppressed who nonetheless resist. The sinners are categorized in various ascending categories of demographic damnation, like something out of Dante. The only thing this religion lacks, of course, is salvation. Life is simply an interlocking drama of oppression and power and resistance, ending only in death.

Multiculturalist globalism is as worldly as — and not a whit more humane than — the paganized “German Christianity” that the Nazis foisted on Germans. But it has its hooks deeply sunk in “Mainline” Christianity, both Catholic and Protestant. Preaching it won’t get you banned from social media. Or silenced on campus. It might even get you a job writing manifestos for bishops.

Want to start a career as a successful public speaker? Get certified somehow as a specialist in countering “white male privilege.” You could tour Christian campuses for the rest of your natural life. You’ll never encounter a heckler. Even bigots who oppose you will likely be shamed into silence.

Multiculturalist globalism is every bit as worldly as — and not a whit more humane than — the paganized “German Christianity” that the Nazis foisted on Germans.

Meanwhile, fair-minded intellectuals like Charles Murray get driven off campuses by gangs of hooded rioters. Critics of mass Muslim influx into Europe get imprisoned, fined, or silenced on social media. But Muslims who favor sharia, or blacks who call for white genocide, sail smoothly along with the Zeitgeist.

Addled Christians mistake multiculturalism’s fashionable teachings for the Gospel’s real implications. Church leaders encourage this, if they crave the love of the worldly. So (unlike Dr. Brown) they loudly and exclusively condemn heresies like racism and xenophobia that are already widely despised. They treat these as burning issues that threaten millions.

Shouting “Fire” in a Flooded Theater

And that makes Screwtape smile. Remember how he boasted:

We direct the fashionable outcry of each generation against those vices of which it is least in danger and fix its approval on the virtue nearest to that vice which we are trying to make endemic. The game is to have them all running about with fire extinguishers whenever there’s a flood, and all crowding to that side of the boat which is already nearly gunwale under.

In fact, the loudest anti-racists in the churches often gladly embrace the opposite errors. As answers to white racism and xenophobia they demand crippling white guilt and de facto open borders — even to millions of angry, intolerant Muslims. No wonder some people who reject the multiculturalist heresy are tempted to lurch to the other evil extreme.

Christians who are too attached to their race or nationhood are like the Pharisees. But globalists are Sadducees.

It’s our job as Christians to strike a moral balance. Not to moralize and grandstand, in the hope that the secular left will pat us on the head. And no, not to blindly embrace a pagan error, just to tick off the liberals.

Christians who denounce President Trump over immigration typically condemn all restrictions or limits. They don’t argue that our quotas are too low, or that our enforcement methods need improvement. They spastically denounce every attempt to get our nation’s borders under control. But you never hear them criticize nations in Latin America or Africa that also patrol their borders and limit immigration. Racism is a weird kind of sin, which only white folks can commit.

The Only Thing Worse than a Pharisee

Let’s put this issue in stark New Testament terms. Christians who are too attached to their race or nationhood are like the Pharisees. They have taken things that are genuinely good and made of them a fetish. They’ve mistaken traditions of men for the law of almighty God. They dimly feel that their identity alone — say, as a law-abiding middle class white person — somehow counts for them as a virtue. (Just so, some Pharisees waved off Jesus’ call to conversion because they were “children of Abraham.”) Jesus fulminated against the Pharisees, but He bothered to preach among them. However misguided, at least they were making an effort.

But globalists are the Sadduccees, to whom Jesus barely spoke — even when they put Him on trial. The Sadduccees collaborated with the Roman pagans to keep their hold on power. Just so, the globalists work with anti-Christian, anti-democratic Leviathans like the UN and the European Union to silence the voice of voters. They take their coins not from Caesar but from Soros.

The comfortable, sophisticated Sadduccees sniffed after Roman globalism. Much better than the narrow, “bigoted” nationalism of the Pharisees. Just as the Sadducees waved off large parts of the Jewish scriptures, the globalists shrug at life, sexual morals, and religious freedom — which just happen to be the issues over which the wealthy and the worldly now hate the Church.

So please, for the love of God, avoid the Alt-Right and its minions. But to solve the Alt-Right problem, you need to strike at its roots: It’s an inchoate, angry reaction to a powerful, slippery heresy that preens as a winsome angel of light.