The Democrats had to get ahead of the storm about to be unleashed. 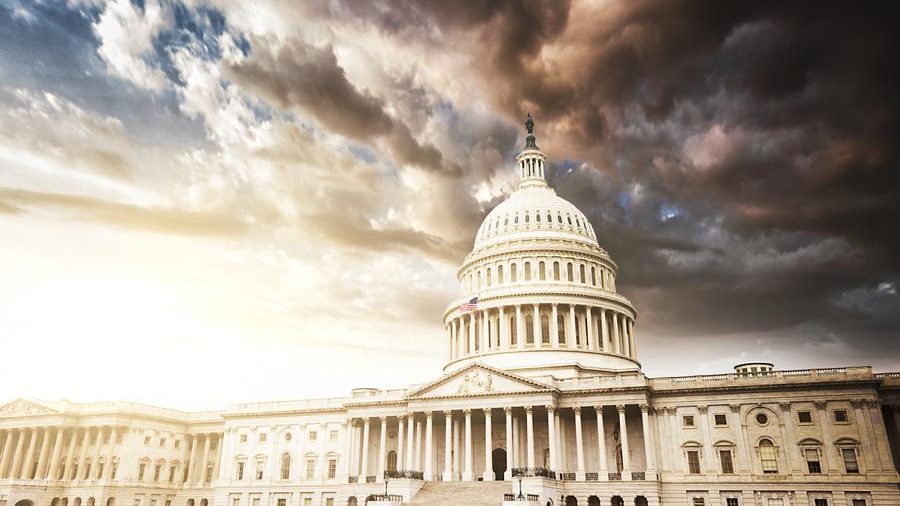 Seemingly overnight the Democrats began singing in unison about impeachment over a perfectly normal phone call and the hearsay of a CIA official with political bias. The song is “It’s Now or Never.”

Last week, I said, “Get used to this phrase because you are going to be hearing it constantly from Democrats: ‘Trump is going after/prosecuting ______ to distract attention from the impeachment inquiry.’”  It’s already starting. Carl Bernstein of Watergate fame told CNN that in order to protect Trump, Attorney General Barr is preparing to “deliver evidence that perhaps this has all been a Deep State conspiracy.”

He says other journalists are hearing the same thing.

What an astounding spin! Barr is set to prosecute conspirators involved in the Russia Collusion Black Op. It has to because Trump’s in trouble now. Even though the investigation has been going on for a couple years. Even thought the DOJ’s already said there was nothing illegal about Trump’s call. The signs are there: They Know What’s Coming.

Consider what’s broken the last couple weeks — in other words the same time frame as this whistleblower business started bubbling.

Trump Wants Info from the Aussies

Just today we learned President Trump has asked Australia’s Prime Minister to help Attorney General William Barr with his review of the origins of the Russia probe. How are the Aussies involved? In the FBI’s official story, Australia’s Ambassador to England Alexander Downer heard Trump campaign adviser George Papadapoulos say the Russians had Hillary’s emails. This led them to question whether the Trump campaign was in cahoots with the Russians. Thus justifying their launching a counter-terrorism investigation (and spying) on the Trump campaign. (Yeah. Flimsy, but that’s what they said.)

Except Downer says Papadapoulos never mentioned emails. Only rumors he had heard from Joseph Misfud … who it now turns out is not a Russian asset as Mueller suggested, but is a Western asset who says he was assigned the task of setting Papadapoulos up. Downer is pals with Stefan Halper, who set up his boozy meeting with Papadapoulos.

The same Halper who admitted recently in court papers that he was working on behalf of the U.S. government (the Obama Administration) when he tried framing Lt. General Michael Flynn. He spread word in the media that Flynn had been compromised by a female Russian academic named Svetlana Lokhova. Lokhova has since uncovered former CIA director John Brennan’s fingers all over the plot. (Read this Federalist article from September 20.) Brennan’s aim? Tying Trump to Russia.

Barr would naturally want to know what the Australians know. Was Downer enlisted in the entrapment effort by Halper? Was it Brennan? Papadapoulos says he thought Downer was recording the conversation. Did his superiors Down Under know about anything about this? Did the Obama Administration ask for their help?

Australia’s got a new Prime Minister who calls Trump “mate.” If he knows who in America got the Aussies involved, it’s checkmate.

Also we learned former FBI Deputy Director Andrew McCabe has been referred for criminal prosecution. Prosecutors denied his lawyers’ request to drop the case. And we already knew he promised to take everybody down if he went down.

U.S District Attorneys John Huber in Utah and John Durham in Connecticut have been tasked with prosecuting cases arising from the FISA abuse and the Russia Collusion Black Op investigations. Bernstein, in essence, is confirming they’ve got the goods. Somebody‘s getting indicted.

Michael Flynn’s In It Too

In related news, a judge threw out a conviction against Flynn’s business partner for lack of evidence. He was prosecuted, in essence, for the same charges Mueller and his goons were holding over Flynn and his son. Flynn pleaded guilty to lying to the FBI even though the FBI agents who interviewed him didn’t think he lied. And he had zero reason to lie.

Given the overlap of personnel between the Trump Russia Black-Op — aka “insurance policy” — and the Flynn case, this court decision is bad news for the anti-Trump cabal.

William Barr was on official business in Italy last week, another of the countries whose intelligence agencies were involved in the framing of the Trump campaign. Italy’s prime minister had already fired six top intelligence officials, reportedly as a direct result of their involvement in the anti-Trump involvement.

The writing’s on the wall.

The guilty and their protectors in the media, know what’s coming. The Democrats had to get impeachment ahead of the DOJ indictments and criminal referrals. Their only spin is to make those indictments look like “political payback,” a “distraction”; that William Barr is just “protecting” Trump.

As if an old Bush-y gives a rat’s tushy about Trump.

Make no mistake: What you are witnessing with Ukraine is not about Trump wrongdoing in advance of 2020. This is entirely about those guilty of the soft coup attempt in the wake of the 2016 election desperately fighting to save themselves. Attempting now another “palace coup” as a former CIA analyst says. Let the truth and the good of the nation be damned.

Perhaps you’ve seen the latest memes floating around (again) accusing Trump of “treason” over his Ukraine phone call. As Patrick Henry said before the American Revolution, “If this be treason, make the most of it.”