One Stupid War at a Time, Please 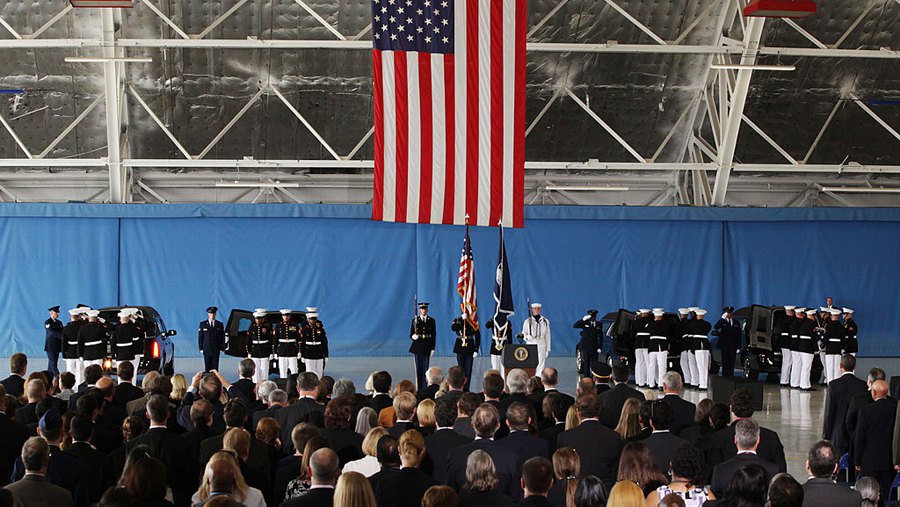 Let’s say you ran a foreign country that’s a strategic rival to America, like Russia. Or worse, a deadly enemy, one stealing American tech and rearming faster than Hitler did, with the sole goal of matching U.S. military power. Like China. Either way, you’d like to see the American Gulliver tangled up and tied down with hundreds of tiny, unbreakable strings. You’d want U.S. treasure poured out in the sands of deserts. You’d hope that the U.S. constantly degraded its military in endless, unwinnable conflicts. That experienced personnel chose not to re-enlist. That we couldn’t spend money upgrading our weapons systems, since the cash all went to waging our current wars.

You’d want to see the U.S. deficit grow even bigger. And the American people wearier, less willing to engage when real U.S. interests got threatened. Divided, by partisan fights over that war. Discouraged, by the constant influx of flag-draped coffins of soldiers.

You know from studying history and international relations how a smart major power acts. When it faces a region starkly divided, it plays both sides against each other. In the Muslim world, that’s the Sunnis versus the Shiites. Both sides have plenty of attributes America finds really nasty. The Sunnis account for

On the other hand, the much less numerous Shiites are in charge of Iran. It might just develop nuclear weapons. And aim them at Israel. Which has plenty of nukes to deter any such attack.

The Sunnis and Shiites despise each other, for deep-seated theological reasons. Each claims legitimate leadership of the whole Islamic world.

Since you hate America, you hope that it doesn’t do the smart thing, and balance the Sunnis and Shiites in tension against each other. As it did back in the early 80s, encouraging Iraq to attack Iran.

Stumbling Blindly from War to War

No, you want to gull the Americans into blindly and stupidly fighting one side, then the other. Weakening the Sunnis in Iraq, only to find that they’d strengthened the Shiites in Iran. Or even better, blundering into fighting both sides at once: al Qaeda’s allies in Afghanistan, and Shiite armies in Iran.

(Too few Americans even remember that they are still fighting in Afghanistan, in a war where the first troops deployed now have sons old enough to enlist. What are the war aims? Does anyone even remember?)

Is it really possible that the Americans would be so foolish? That they’d see a region and religion so deeply divided, and decide to go to war with both sides?

Since you hate America, you hope that it doesn’t do the smart thing, and balance the Sunnis and Shiites in tension against each other.

Only if you or friends of yours could convince the Americans to ignore their national interest. To pretend that they’re so powerful that they can ignore the basic rules of strategy. To imagine that their system is irresistible, their power absolute, their wealth without any limits.

What if you could flatter and baffle Americans into thinking that they’re not even an earthly nation with concrete needs and constraints? That instead they’re the Promethean bearers of some eternal flame, a “fire in the minds of men.” (In President George W. Bush’s words.) So every person in the world in any country the U.S. finds repressive is a potential patriotic American. All he needs is for U.S. soldiers to come and liberate him. Or U.S. immigration policies to let him go live in Minnesota.

You’d have to hope that no Americans realized the very phrase “fire in the minds of men” comes from Dostoevsky. And that he was referring to the violent, destructive fire of nihilism, among men he considered “possessed.” And that Americans didn’t remember how Prometheus ends up: chained to a rock, with his guts plucked out forever by Zeus’s pet raptor. You’d also have to count on American national pride exploding and metastasizing like a cancer, till it aped the hubris of the Jacobin French, Nazi Germans, or Bolshevik Russians.

And you’d need the help of Americans, of course. Of a faction like the neoconservatives, a band of self-promoters devoted to treating America and Americans as a means to an end. The historical United States is to them merely a shell, like the hermit crab’s. What matters is the ideology that lives there. For them, that’s a road map of world domination, a fantasy of global transformation, a fever dream of Empire.

Any country that mainlines a drug like that is headed for the ash heap. Which works for you, because you and your country are clear-eyed and sober. You know your interests, your weaknesses and your limits. And you know that the only way a place as powerful as the U.S. dies is by suicide.

You’re waiting. You can afford the luxury of patience.