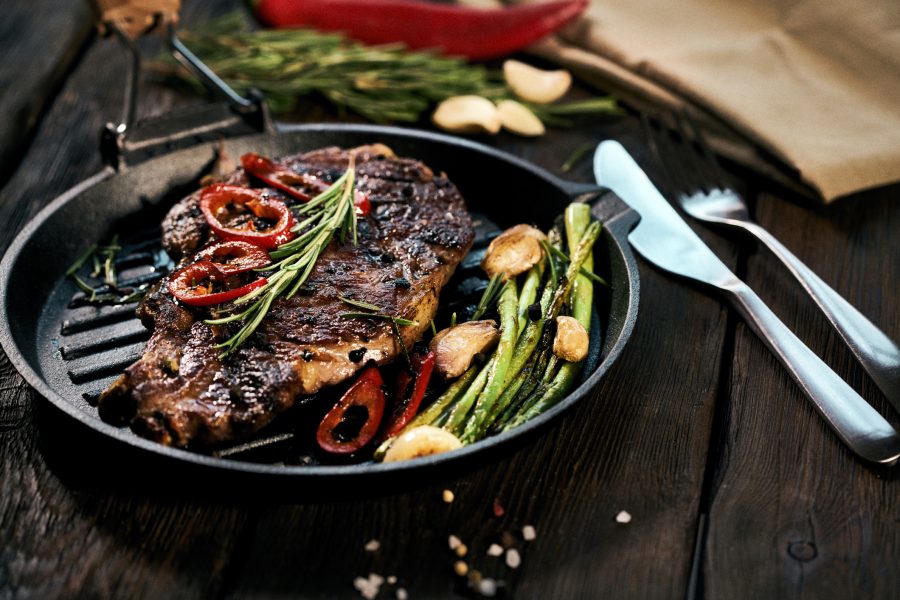 In my forthcoming book Eat, Fast, Feast (available for pre-order now), I describe a six-week plan to help Christians make fasting a rewarding part of their lives.

Most of us don’t really fast. Catholics do residual fasting — an hour before Mass, for instance. And we eat a little less on Ash Wednesday and Good Friday. These are really partial abstinences. The harsh truth is that we’ve abandoned the fasting discipline that defined most of Christian history and replaced it with excuses.

Some evangelicals and evangelical churches fast, but it’s not anchored in the calendar or long-standing practice. So, it tends to go in and out of fashion, rather than becoming a permanent spiritual practice. Really the only Christian communities that have retained serious fasting are the Eastern Orthodox and Eastern Rite churches. They have something to teach the rest of us.

My book — which started as a series here at the The Stream — ties together the spiritual and physical benefits of fasting. In particular, it takes account of what we’ve learned about the human metabolism in the last few decades. Behind all this is my conviction that our spiritual weakness is, in part, the result of abandoning this profound spiritual practice.

On the biological side, my argument is (pretty) simple: The standard American diet — with frequent grazing and loads of sugar and refined carbs — makes fasting far harder than it should be. That’s because God designed our bodies to switch between two metabolic modes: sugar-burning (which uses carbs) and fat-burning (which uses fat). Our diet keeps us locked into the first mode. The result is that our bodies tend to be bad at using fat for fuel — whether from our diet or our thighs. And this, in turn, makes it really hard to fast. (It also tends to make us fat and unhealthy.)

Fasting is a sacrifice and a discipline. It’s not meant to be torture. The six-week plan, then, will get your body using fat efficiently, and get it used to going from sixteen hours to several days without food. That is, without calories.

A friend and Stream contributor offered to do the plan for the several weeks leading up to Christmas (a big feast!) and then let me interview him about his experiences. Over the next six weeks, we’ll follow his progress.

The first week of my plan helps you ease into that fat-burning mode — called ketosis. You do this by eating a “ketogenic” diet. That means it’s high in natural fats, moderate in protein, and very low in carbs — mostly limited to green veggies. This takes some time to get used to, if you’ve never done it before. The goal isn’t to eat this way all the time. It’s to jump start that fat-burning system, which most of us rarely use. The only other way to do this is to go two-three days without food. Achieving that is a goal of a fasting lifestyle. But it’s very hard to do right off the bat.

With that as background, here’s our interview from week one.

(1) Have you fasted much in the past? What’s your experience with fasting?

From a spiritual perspective, outside of the Ash Wednesday and Good Friday fasting and abstinence I observe as a Catholic, I haven’t done all that much intentional fasting. But I am what you could consider an “accidental” faster. During the workweek, I’m in the habit of skipping breakfast and going straight into a morning coffee during my commute. And my work schedule is such that I often find myself not breaking away for lunch until early or midafternoon. Factor in the night of sleep before, and that means I’m often in the Eat Fast Feast Week-Two mode of the 16/8: 16-hour fast 8-hour eating window. [more on that next week — Jay] The biggest challenge for me, at least initially, had been monitoring and making the right decisions on what to eat and not eat (and drink!) in that window.

I am a firm believer in the geometric power of integration. For example, I am more productive and satisfied at my job when I make a deliberate effort to integrate my faith into my work week and the way I go about my business. And, unsurprisingly, I find my faith life thriving most when nestled into the habits of my everyday life and not just siloed to a Sunday activity. So, the idea of making a deliberate effort to try better live out the natural integration of my spiritual and temporal life offered with a Christian fasting approach really speaks to me.

(3) Do you have any friends who fast regularly?

My father-in-law, who passed away earlier this year, used to go on fasting kicks for weeks and months at a time where he would eat very little. He was also Catholic and had a particularly strong devotion to St. Maximillian Kolbe. He was the Polish Franciscan imprisoned at Auschwitz. He volunteered to take the place of one of ten inmates who were being sent to starvation chambers as punishment for attempted escape.

After two weeks without food and water, Kolbe was the only one of the ten still alive, at which point the guards injected him with a lethal dose of acid. My father-in-law chose the image and prayer of St. Maximillian Kolbe for his funeral prayer card. I’ve carried it around in my pocket ever since. But I find myself drawn to it more and more as I’ve begun thinking and praying about this fasting experience to come.

This week is mostly about getting the diet right. There has certainly been a learning curve in figuring out how to get the right combination of macronutrients. In particular, how hard it is to get enough calories from fat without blowing through the protein quotient. I had grand plans of just ordering that second rib-eye please and thank you, but the math just doesn’t work. Turns out green vegetables cooked in natural oils is one of the most efficient ways to go (a shocker, I know). The avocado and I are becoming very well acquainted with each other.

I know you mention in the book that you lose a lot of water weight in the first few days, but it hadn’t fully registered to me that all that water needs to get out somehow! I probably made 20 trips to the restroom those first 72 hours. Also, on the evening of the third day I had a very strange sensation of pressurization and depressurization in my ears — like I was taking off and landing in a plane over and over again — for about 6 hours. I did a quick online search for “Ear Pressure/Ringing and Keto” (I suspect Google will be adding “and Keto … ” or “… and fasting” to all my web searched by the end of these 46 days!) and a few people have experienced a similar thing, but there doesn’t seem to be any direct correlation. Anyhow, it went away.

(6) Is it hard seeing this as a spiritual discipline when, at least at the beginning, you’re having to concentrate on such things as the balance of macronutrients in your diet?

Very much so. I suspect that once the fasting element really kicks in, and we enter and get deeper into the Advent season, the more I will be drawing upon the spiritual component, with St. Maximillian Kolbe and my father-in-law as my guides!

Next week, our volunteer will start restricting the amount of time when he eats — and I hope — begin to experience the spiritual benefits of fasting.