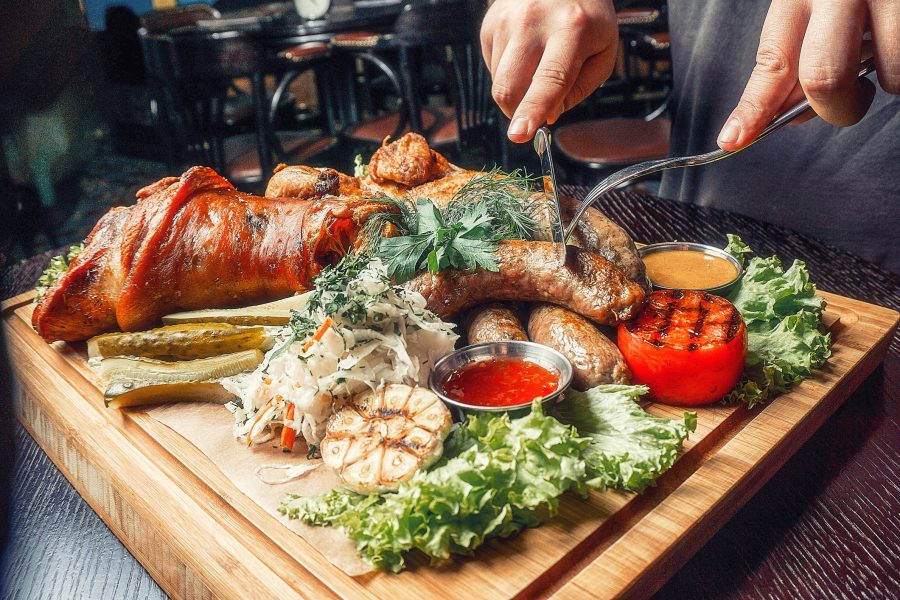 This is part of a series. Read Part One, Part Two, and Part Three.

In the fourth week of the fasting transition plan I lay out in Eat, Fast, Feast, fasters eat just one meal per day for at least three days during the week. They still aren’t trying to eat less than they normally would. They’re just restricting the amount of time they eat to one-hour total (one meal a day, or OMAD). The purpose of the plan is to allow people to make real fasting — which for most of us sounds like torture — a permanent part of their lifestyle and spiritual practice.

I checked in with my friend who is working his way through the plan to see how things are going.

At least three days this week, you just ate one meal per day. How hard was this?

Waiting until the evening for my first meal was actually a little bit easier this week than last week. The difficulty came in going back into fast mode just one hour later.

Did you set a specific time?

In anticipation of the longer and deeper fasts to come in the final weeks, I pushed back my meal time an hour each of the three fast days: 6:00pm on Monday, 7:00pm on Wednesday, 8:00pm on Friday.

Were you able to eat most of your regular caloric intake during the hour?

Not really. I tried to take the advice in the book. I paced myself when breaking the fast and only ate until I felt full. That ended up being about half or 2/3rds of my regular caloric intake. By the time I felt hungry again, the clock had run out on my meal hour. That being said, I was pleasantly surprised by how mild that hunger was, the rest of those evenings and even into the following day.

Are you noticing any physical effects from spending so much of your day in a fasted state?

The most notable physical effect has been the unexpected boosts in energy during the day, often during times I might have otherwise been in a bit of a slump.

In week four, I write about fasting to clear your mind, which is one physical effect that also has spiritual effects. Have you noticed this yet?

Yes, I have been much more mentally alert, particularly first thing in the day when it used to take a full pot of coffee and half the morning to lift the brain fog. And a clearer mind has provided occasion to recognize the work of the Lord around me more in my day-to-day life (more on that below).

Did you check your ketone levels during the week? If so, what did you find?

I’ve typically been checking my ketone levels right before breaking the fast for the first time in the day. On the long fast days, I’ve been between 3 and 4 mmol/L, and on the standard 16/8 days still in the high 2s (Between .05-5 mmol/L is ideal for being considered “in ketosis,” from what I understand). Finger-pricking aside, I’ve found it very satisfying to be able to track my ketones and “know” this keto(ish)/fasting routine is working in a very quantifiable way.

Are any spiritual benefits to fasting standing out at this point?

At least so far, this is the most spiritually engaged beginning of Advent I can remember having in quite some time.

At least so far, this is the most spiritually engaged beginning of Advent I can remember having in quite some time. The practices continue to prove mutually reinforcing: extra time in prayer and at Mass strengthens my resolve to continue in a fast, and fast mode continues to bear spiritual fruit for prayer and reflection.

Here’s one example: my one-hour meal times on the long fast days this week came after the normal dinner time for our family with three small children. So I was serving dinner to and sitting with the kids at the table while not eating anything myself. Pleading with your squirmy toddlers to finish their hot dogs and mac and cheese takes on a new level of spiritual mortification when it takes all my will power not start picking off their plate! But it was also an occasion to reflect on how God the Father constantly sacrifices and provides for us, even when we as his children refuse the banquet before us.