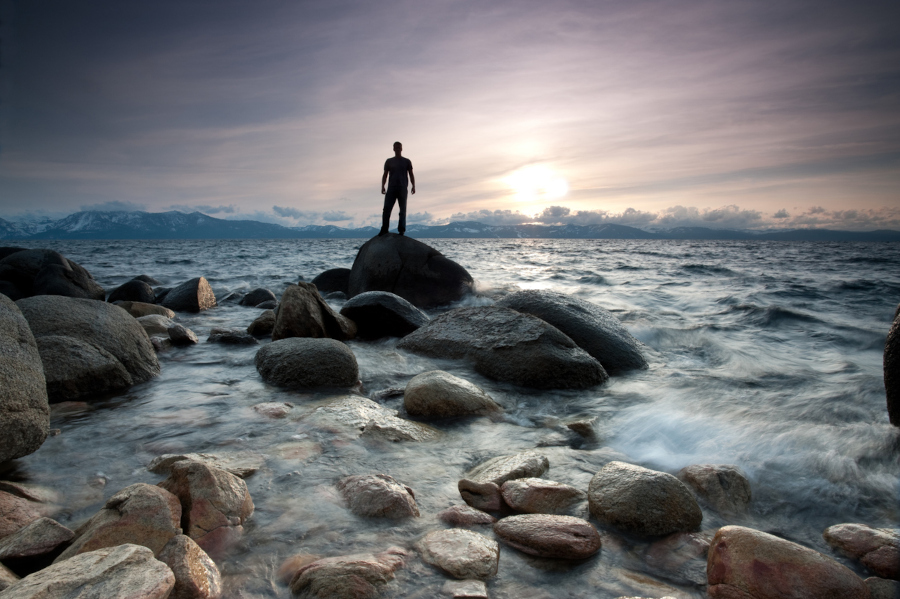 The U.S. House of Representatives is set to vote on the Equality Act, which would ban “discrimination” on the grounds of sex, sexual identity, and sexual orientation across a wide swath of American life.

Many have noted the disastrous effect the bill would have on American freedoms, especially freedom of religion, and on unborn lives. It’s not just wrong for the consequences that will follow from it, however. The bill is just wrong. It comes from a wrong place, and it’s wrong in itself.

I don’t expect secularists to agree with me, but that’s okay, they can be wrong, and that’s their responsibility. I’m more concerned about Christians objecting to the idea of right and wrong. About three-in-ten evangelicals doubt that religious belief is a matter of objective truth; they think it either is or may be a matter of mere personal opinion. Almost one-quarter doubt Christians should speak out on politics, as if they think religious truth has little to do with public truth.

Many of us are still convinced no such divide exists, though, so we’ve been trying to persuade the country of the truths we know are true. Persuasion with respect to the Equality Act seems to be holding in the Senate, at least for now, where current rules require 60 votes for passage. The tide is running against us, though, which means now more than ever is the time for truth. Now, too, our convictions are being put severely to the test.

So let me speak just to my fellow believers, please.

You know what’s true. You know there’s a God in Heaven, our Creator, the One and Only Holy One, Who alone has the moral right and sovereign authority to determine right and wrong, truth and falsehood.

You know the “sexual equality” movement seeks to upend His authority, to displace His decrees with its own determinations. This movement thinks that if God creates a man a man, that man can declare God wrong and say he’s a woman instead. That man can say we must believe him rather than God. This is wrong, and you know it.

They can label it anything they want. They can stay confused about truth all day long, or even their whole lives long. You don’t have to.

If God created marriage for a man and a woman (and you know He did), our whole culture thinks it can rise up and fell Him by its word. If God says it’s wrong to take innocent life (which again, He did), this Equality Act would tell God Himself to take a hike; that His sovereignty is nothing next to the woman’s, and that His loving wisdom knows nothing about what she really needs.

This, too, is wrong, and you know it. And very soon you may find yourself in a position where you will have to say so. You will not be popular for it. You could lose a job. You could see family members turn away. You will need to stand anyway. Are you ready?

Whose Truth? Whose Arrogance?

Some will hesitate: “Who am I? How can I say my truth is better than anyone else’s? Don’t they have a right to their truth, too?” Let me set your mind at ease. Yes, everyone has a right to their “truth,” but only as long as we keep it safely inside scare quotes, meaning nothing more than, “This is my opinion. I’m just stamping it with a ‘truth’ label because that’s what everyone calls their opinion these days.”

They can label it anything they want. They can stay confused about truth all day long, or even their whole lives long. You don’t have to.

Isn’t it arrogant, though, to say we’re right and they’re wrong? No, that’s exactly backwards. The world says everyone can have their own “truth.” Do you realize how unspeakably arrogant that is? To say, “I’ve got my own beliefs about God, about morality, about politics, about everything, and no one has a right to tell me I’m wrong”? I shudder at the hubris. I worry about the lightning strike heading their way someday.

But aren’t we guilty of the same? I suppose some Christians might have their own self-managed Christian-God-truth-package all wrapped up nice and neat for themselves. They should put up a lightning rod, too. Better yet, they need to see reality for what it is instead. They need to know it isn’t our “truth,” it’s God’s truth.

We Don’t Hold the Truth, the Truth Holds Us

Think of it this way: We don’t hold the truth; the Truth holds us. God’s truth holds us because it’s true truth, wrapped right into the core of the same reality that’s wrapped around each one of us. So God’s truth rules us. We only yield to it. We submit.

With technology we can change small bits of our relationship with nature, but we can’t change Nature itself. That includes human nature — the same human nature God designed best to be fulfilled within the bounds of His design for marriage and sexuality.

Are you ready? Stand! For the sake of God and His truth, stand.

My neighbor may call me arrogant for saying so. I say, let him. Let him who would create his own “truth” think he’s within his rights to do so. Let him think I’m wrong for submitting to the truth instead. To the extent that I do that, I see no reason to worry at all.

Stand With the Truth

All these questions about truth have been coming our way for decades, longer even than the Equality Act has been bouncing around Washington in all its error. We must be clear about this, though: It’s not wrong because of the bad consequences; rather, bad consequences will follow it because it’s wrong.

If it were to pass, you and I would need to expect to experience some of its harm. If it never passes, we must still face a culture that thinks its wrath toward Christian belief is humility, whereas our following God’s truth is arrogance.

The bill is before Congress. They’ll decide what to do with it. You and I must decide to stand. Whatever happens, for the sake of God and His truth, we must stand.