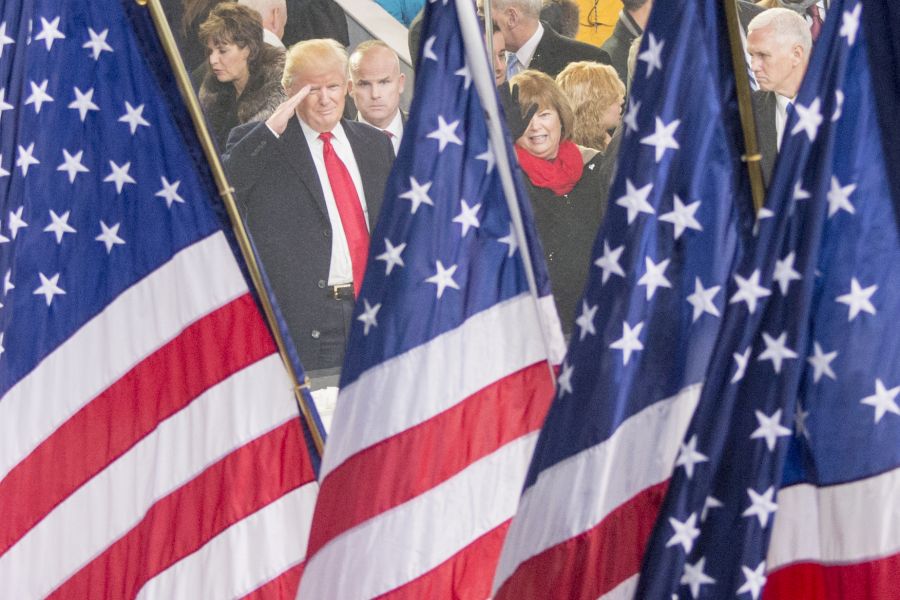 Those who read me know that I spend much of my time chronicling the left’s descent into madness. Were I to write a book about the national tantrum that began election night, 2016, I already have my title. I’d call it The Charge of the Gadarene Swine. Unclean spirits have swept this herd over a cliff, and they thunder toward destruction.

For one day, that ominous rumble was drowned out by patriotic songs and the sound of American jets overhead. President Trump insisted on his patriotic salute to American servicemen. The crowds were diverse, and big (especially given the rain). The president was perfectly gracious, as we knew he’d be. It went off without a hitch, for those who saw it.

We really shouldn’t be shocked to watch every major network but Fox and One America News boycott the celebration of the Fourth of July. Nor to see activists 10 degrees to the left of the Democratic presidential candidates burning the American flag. Nor to learn that the cossetted gridiron bumbler Colin Kawpernick pressured Nike into yanking a “Betsy Ross” sneaker on the eve of our nation’s birthday.

If the day after Trump’s election, Obama had declared martial law, assumed that post-colonial dictator’s title, and sat himself on a throne flanked by peacock feathers, Harvard and CNN and Hollywood would have called it a “blow for democracy.”

The left has never accepted that Barack Obama wasn’t made “President for Life.” If the day after Trump’s election, Obama had declared martial law, assumed that post-colonial dictator’s title, and sat himself on a throne flanked by peacock feathers, Harvard and CNN and Hollywood would have called it a “blow for democracy.” They’d have explained that a “Constitution written by slaveowners” surely can’t bind us today.

The left speaks with one, loud, threatening voice. (Dissenters such as Alan Dershowitz having already been ostracized.) It rejects the American heritage of limited government and ordered liberty. It’s ashamed of our history, from the first Western explorers through every moment until roughly 1965. It wants to paint every historical injustice in the shade of midnight evil.

As Nicholas Sandmann and his schoolmates learned at the hands of a media lynch mob, all the rules have changed. The power brokers and oligarchs who dominate our economy and media have declared that two plus two equals five. They said as much in the catalog of false, crude equations they have imposed on us like a catechism.

As I wrote a few days ago, President Trump seems baffled by all of this. He periodically decides that the Democrats really must be patriotic citizens. Then he offers some compromise, only to have it shoved right back in his face. Normal Americans are as flummoxed as the president. What are their neighbors and fellow citizens doing? Do they really hate our country so much that they would even deny it borders? That’s the most basic element of sovereignty. Countries which don’t control their borders, like Somalia and Afghanistan, we consider “failed states.” Why would Americans want to impose that on America?

Freedom Under God or Not At All

Trump didn’t use the patriotic celebration to rally the troops, but to salute them. Fittingly, he saluted every branch of our armed services. He went through our history from our founding up through the Civil Rights Movement and the end of ISIS. At each turn, he showed how Americans fought, bled and died, for solid principles. For ordered liberty under God.

That last point, which makes our new ruling class gag with loathing and hatred, got nicely pointed up. The last patriotic song performed by the military bands was “The Battle Hymn of the Republic.” And the band didn’t neglect one crucial verse:

In the beauty of the lilies Christ was born across the sea,
With a glory in His bosom that transfigures you and me.
As He died to make men holy, let us die to make men free,
While God is marching on.

For how much longer will we be free to sing such songs? Till some judge like those sophists who banned prayer from our schools declares it forbidden? Till our soldiers fight without even chaplains, like the old Soviet Red Army?

Or worse: How long till the hordes of grabby migrants in search of handouts have overwhelmed and outvoted Americans of every race? Till foreign songs, and Marxist songs, echo from the megaphones of a corrupt, authoritarian government?

I fear, my friends. I fear. And so I must remember to pray.

President Trump was right to proceed as normal. To turn the other cheek, and rise above the turmoil of vicious partisan hatred. We must do better, and live as patriots and believers, setting a civic example. We will fight the left doggedly, and fight to win. But we won’t descend to their level. As the old Hebrew National kosher hot dog commercial used to say: “We answer to a higher Authority.”

Fox Stabbed Us in the Back. Is Newsmax Our New Alternative?