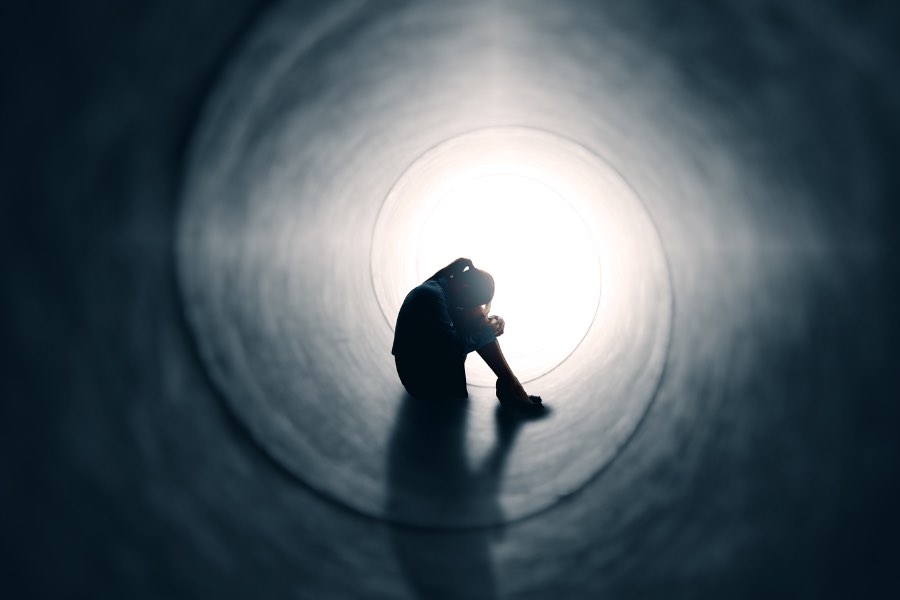 Being fully inoculated in the post-enlightenment exaltation of human rationality and educated to promote thinking above feeling, I have tended to downplay feelings as having much value in religious experience. How many times have I been reminded by parents, teachers, coaches, and preachers to get over my feelings and act on truth? The post-modern insistence on subjectivity to the exclusion of objective truth claims is foolish and adds to my suspicion of “feeling it.”

Yet, I wonder if the sense of longing deep in my breast cries for a relationship with God that is fuller than contemporary religious propositions provide. After all, the words of Scripture do seem to promise a salvation that includes every part of us.

Therefore he is able, once and forever, to save (completely) those who come to God through him. He lives forever to intercede with God on their behalf. (Hebrews 7:25 NLT)

The Presence of God Made Real

Jesus promised His disciples that the Comforter who would be sent to them after His ascension would make the presence of God as real to them as the communion He enjoys (see John 14:15-22). All the evidence we find in the Acts of The Apostles points to a community who enjoyed the felt presence of God. They lived far beyond mere principles and propositions. They were loved at the very deepest levels of existence and became rejoicing martyrs and world-changers. They did not wonder what Jesus would do if He were present. They assumed His presence and experienced His communion. It wasn’t theory. It was shared life.

The most common question asked by sincere Christians today is about knowing God’s will. Of course we want to know His will. How else can we find direction and fulfill our destiny? But such a question could imply our willingness to do what is required even if God remains distant. If we just know what to do, we can follow the plan with or without His conscious presence. It might even imply that we think we can do the will of God without His enablement. This attitude produces morally-conscious people, but they are usually joyless.

What is the Heart of God?

Maybe there is another question that should precede the one about knowing His will: “What is the heart of God?” If knowing God is the essence of eternal life (John 17:3), then knowing His heart is essential. We can’t afford to speculate and assume things about Him that aren’t true because we are responding to whatever concept of God we presently retain.

Looking through the branches of the bush they were hiding behind, Adam and Eve concluded some things about God that were devastatingly wrong. Since then, humanity has been misperceiving God’s heart. Left to our own perceptions, we will never get it right.

Moses had seen the mighty works of God. He had heard His voice. But he wanted more. He asked if he could see God’s glory. To prevent his being incinerated, God hid him in a cave and passed by him while declaring His nature:

The Lord passed before him and proclaimed, “The Lord, a God merciful and gracious, slow to anger and abounding in steadfast love and faithfulness, keeping steadfast love for thousands forgiving iniquity and transgression and sin, but who will by no means clear the guilty, visiting the iniquity of the fathers on the children and the children’s children, to the third and fourth generation.” (Exodus 34:6 ESV)

He Did What Was Necessary

Sadly, many focus on the iniquity phrase and miss the core of the revelation. Fearing the sure consequences of sin, they live trying to avoid it rather than embracing the God whose heart is merciful and gracious. Yes, sin has consequences. Left unconfronted it will continue to infect generations. But God’s merciful heart did what was necessary to be both just and merciful. It is His mercy that moves Him to take the wrath of sin on Himself in Jesus so that we can be forgiven and fully reconciled. It is His heart that is shown in all His works, and it is His heart that invites us into intimate communion with Him.

As we get to know Him, we find mercy and grace abounding and unstoppable love and eternal forgiveness granted. He acts according to His heart. He is not a hypocrite. Jesus came to reveal the nature of the Father and when He self-identified, He spoke of His heart:

Come to me, all who labor and are heavy laden, and I will give you rest. Take my yoke upon you, and learn from me, for I am gentle and lowly in heart, and you will find rest for your souls. For my yoke is easy, and my burden is light. (Matthew 11:28 ESV)

We can never see the purpose of His life, miracles, death, resurrection, and ascension if we don’t know His heart. His works reveal His heart, but we can marvel at His works and never feel His heart. If we miss that, we miss a large part of the salvation He gives. When we know in fact and in feeling His sympathies toward us, we will run to Him; never hiding or isolating. We discover that, like water, streams of mercy flow to the neediest point.

When we are devastated by our own disqualification, we qualify for mercy — and that is where He shines brightest. God’s glory is the revelation of His heart. We see His glory most clearly when we plead for mercy, and His mercy touches every aspect of our being. We know Him in our thoughts and in our emotions. We move toward experiencing the full restoration of humanity that He purchased. We know it and feel it because it is real.

Oh God, show me your glory!