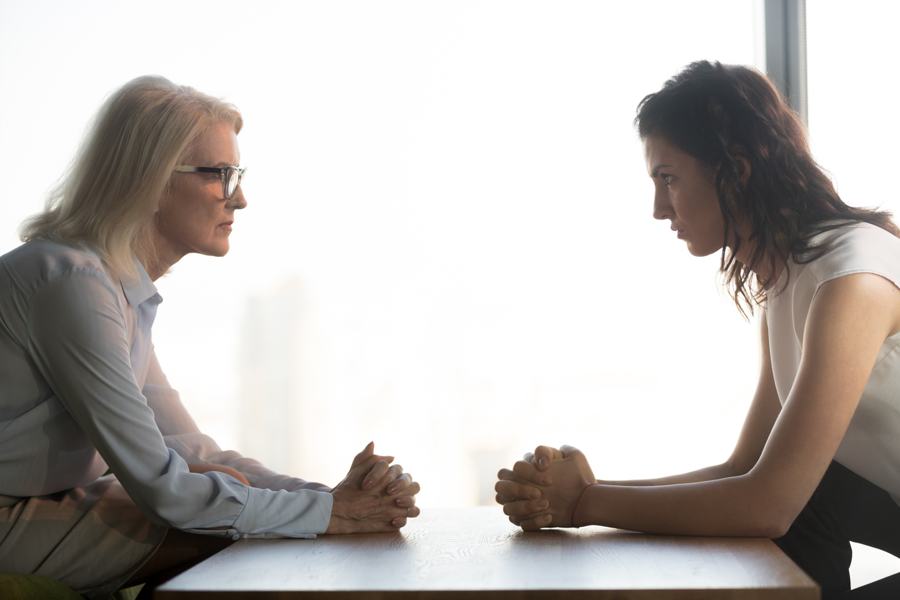 A pastor called the other day, telling me he was on the hot seat. “We’re dealing with the gay marriage question again at our church,” he said. “I’ve got people asking why we won’t accept same-sex marriage like we accept divorce.”

It’s funny how that hit me: I felt like I was on the hot seat, too. “I’m the one who’s supposed to have an answer, and I have no idea what it is.” Still, I knew how to answer anyway, and to do it honestly, directly, legitimately, most of all easily. I’m going to tell you here how you can do it, too.

Because it really is easy: so easy, you could do it dishonestly, acting as if you know something you don’t. I refuse to go there, and I wouldn’t want you doing it, either. The easy beginning I’m about to offer here can also take you easily to the point where you’ll say,  “That’s all I can tell you for now, but I don’t mind finding out more about it, and talking with you more.”

What I’m saying is, there’s an easy answer you can give to virtually every challenge, complete with an easy way to know what to do when you don’t have an answer.

Would you believe such a thing is even possible? It is, and I’m going to show it to you. I’ll illustrate by way of my thought process on that phone call, so this column gives you two for the price of one: A hot-seat response to the divorce-gay marriage question, and an answer you can give any time you’re put on the spot.

So there I was on a hot seat. Honestly, it had more to do with self-imposed expectations (that is, pride) than reality. The pastor would have been gracious with me no matter what I said, but … I’m supposed to be the one who knows. I’ve studied these topics. Why did I feel so stuck?

The same reason we all feel stuck in hot seat situations. When they bring you a quick snappy question, what they want is a quick snappy answer. Never mind that they’ve been thinking up their question for hours or days, they still want your answer right now. Long answers are losing answers. Maybe you’ve got a solid, reasoned, evidence-based answer, but if it takes you more than about three sentences to get rolling on it, they’re gone. If they haven’t up and walked out physically, they’ve checked out mentally. 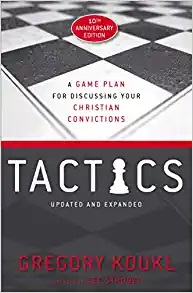 I had an answer, but it wasn’t a hot seat answer. It was too long. Except … I had the universal answer I’m about to tell you.

Credit where it’s due: I learned much of this from Greg Koukl and his very readable and helpful book, Tactics: A Game Plan for Discussion Your Christian Convictions. He offers more than one of these great questions there. You might think of this more as a teaser than the whole lesson. The basics are still just as easy.

God and His Truth On Your Side

Let’s start with quick mindset check. You might think you’re on the hot seat, but the other person has a hotter fire breathing on him than you do. You have truth on your side – God’s truth. Your critic is poking at that, not you, and about as effectively as if he were trying to push the Rocky Mountains over with a fork. A plastic one. So relax. Take a deep breath. You’re fine.

You have God Himself on your side. If He can supply the words His people need when “brought before kings and governors” for His name’s sake (Luke 21:12-15), we can also pray for Him to do it for us to do it in our more everyday situations. I don’t know about you, but I find I can think a lot clearer when I have that kind of calm confidence to rest on. And I believe that’s at least partly an effect of God answering prayer.

Yet you still might not know what to say under fire. So here it is: the one answer that always works. It works because it’s a question, not an answer. Just this: “What do you mean by that?”

You can ask it in different ways. It doesn’t have to be exactly those words. You just want to get a good, strong grip on what the person is actually saying, asking, or challenging you with. Just look how much that does for you:

Don’t underestimate the value of that last one! But you need it well memorized and stored in your hip pocket. So repeat after me, “What do you mean by that?” Again … again … and … good job!

“What Do You Mean By That?”

The challenge reached me at second hand that day on the phone, but I still pulled the same question out of my hip pocket. I asked, “I wonder what they mean by that?” The man asked, “Why won’t Christians accept same-sex marriage as you accept divorce?”

His point seems obvious, but only on the surface. I’d ask him a “what do you mean by that” sort of question: “I think you’re saying you think Christians should treat gay marriage as we treat divorce. Is that what you mean to ask?”

Some readers have already picked up where this is heading.

The “Weak Spot” That Isn’t

I expect he’d say yes. I’d still want to more of what he meant by it. “Do you mind if I get more specific? When you talk about ‘accepting divorce,’ what kind of thing do you have in mind there?”

From here on I have to invent a conversation, because this was the pastor and me talking, not the challenger and me. But I’m pretty sure he’d answer something like this:

You let divorced people re-marry. You let them be leaders in the church. I don’t see you calling them out for adultery like Jesus said you should. You just accept them. That’s what I mean by it.

He’s right, of course. We do indeed do that. There’s plenty of controversy over it, and it’s definitely hard to say we’re following Jesus’ instructions every time. That makes it quite the hard question, doesn’t it? It does — and yet it doesn’t. If you want to answer it on a patient, deep theological level, you need to do patient, deep theological study. This wasn’t that kind of challenge, though. It was a hot-seat question instead. And we haven’t drilled down far enough yet on, “What do you mean by that?

Tell Me What It Is You Wanted Again, Please?

From this point on, I’d have my hand on that drill to guide it.

“Thank you for clarifying that,” I’d say. “Now, you want us to treat gay persons like divorced persons? So, let’s be doubly sure we both know what we mean by that, because this is how we treat divorced persons. We love them in every way possible. We grieve with them as they’re going through it. We share their heartache. We see the misery that comes when high hopes get shattered and love turns to pain and loss and betrayal, so we stand beside them with as much love as we can give. That’s our attitude; is that the attitude you’d like us to approach gay marriage with?”

At some point he’d be saying “Okay, okay, I get the point!” And I’d keep going until he did:

“All that comes after the divorce. We also do everything we can to help head it off. We have marriage sermons, marriage small groups, and marriage retreats. We urge couples to listen to marriage seminars and read books on marriage. We offer counseling, too, and if we see or both of them making mistakes that hurt the other, we urge them to stop. Remember, every pro-marriage ministry is an anti-divorce ministry on the flip side. Because we know that divorce was never what anyone wanted, least of all God Himself.”

Is That What You’re Asking For? Really?

“I’m sure you know we’d never host a sacred ceremony for both parties to say vows memorializing their divorce the moment it happened, with friends and families on both sides in attendance, and a big party following it.”

“So, tell me, please, what was it you were asking? Do you want us to treat gay marriage like we treat divorce?”

That’s not the whole answer to the gay marriage/divorce question. Far from it, actually. But it does prick a big hole in what turns out to be a highly overinflated question. If it doesn’t answer everything, at least it answers that! And it lights a fire under the other person’s chair instead of your own.

This isn’t a “script,” as every conversation goes a different direction. The principles are solid nevertheless. God is on your side, truth is on your side, and if you store the “What do you mean by that?” question securely in your hip pocket, you’ll always know exactly how to begin your answer, anytime anyone challenges you on your faith, your moral opinions, and your Christian practices.

(For more from Greg Koukl, including his second crucial hip-pocket question, the reason he calls them “Columbo” questions instead, and how to move beyond those basic starter questions, be sure to read his excellent book Tactics: A Game Plan for Discussing Your Christian Convictions.)

There’s No Denying It: Jesus Says Marriage Is for Man and Woman Only

Marriage is a Real Thing