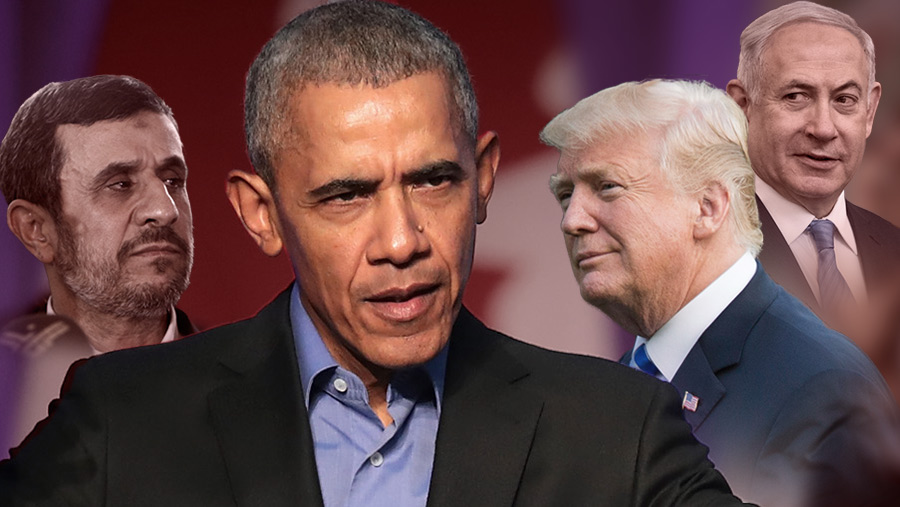 Former President Barack Obama is an unhappy man today. He let loose with a three-page assault on President Trump’s decision to pull the U.S. out of the Joint Comprehensive Plan of Action (JCPOA). We know it as the Iran Nuke Deal. Obama calls the decision “misguided,” indeed a “serious mistake.”

“Without the JCPOA,” he declared, “the United States could eventually be left with a losing choice between a nuclear-armed Iran or another war in the Middle East.” This would have much more credence had his national policy yarn-weaver Ben Rhodes not used the “either it’s a deal or war” line to sell the deal to Congress and the media. He would later brag to The New York Times Magazine that it was fable he crafted, knowing the media would bounce it around the D.C. “echo chamber.”

But here’s a question. Why really did Obama make such a horrific deal that in the best of circumstances would hand a terrorist regime a nuclear bomb in a decade? A deal that had holes big enough to drive a Humvee — or mobile missile launcher — through?

Why was he sooooooooo desperate to make the deal? Sure, we can say he just wanted a deal for his legacy regardless of its ultimate value or the danger it’d put the U.S., Israel and its Sunni allies in. Gotta do something to earn that Nobel Prize he was handed as a welcoming gift, right? But I have to wonder if there wasn’t more to it.

First, let’s look over some of what Obama did to make that deal happen.

The Crazy Things Obama Did Just to Make the Deal

The crazy things he did included:

And then there’s the Uranium One deal.

How’s Uranium One Play Into This?

In the midst of negotiations over the Iran nuclear program, President Obama’s administration signed off on Russia purchasing Uranium One. Russia was helping Iran with its nuclear program. Obama needed Putin’s help to secure the deal.

Putin kept helping Iran with its nuke program. And surely, it’s just a coincidence that Rosatom, the Russian company which bought Uranium One, is the same company that built and is now revamping Iran’s Fordow Uranium Enrichment Facility. Israeli Prime Minister Benjamin Netanyahu talked about the facility last week, noting how it was secretly built deep inside a mountain. Said Netanyahu, “You don’t put thousands of centrifuges under a mountain to produce medical isotopes.”

Obama still agreed to the sale, giving Putin something he desperately wanted. So desperate he launched a massive bribery, extortion and money laundering scheme to get it. A scheme that just happened to put $250 million into the Clinton Foundation, right as she was leading the charge for approval. Putin not only wanted the U.S. uranium, but the vast uranium deposits in Kazakhstan that Uranium One controlled.

Thanks to whistleblower William Campbell, the FBI got wind of the Russian bribery scheme and began a years’ long investigation, with Campbell working undercover gathering evidence. Yet somehow, the FBI investigation — to say nothing of the investigation into the Clinton Foundation’s role in it all — went nowhere. And the Obama Administration approved the deal. Campbell was shocked. He asked his FBI handlers how in the world this could happen. “Politics,” he was told.

Did Obama shut down the FBI probe for the same reason he blocked Project Cassandra from hitting Hezbollah? Maybe that’s a question for Hillary under oath. Did you approve the deal because of the $250 million shoved in your pockets or because Obama ordered you to in order to butter up Putin?

Why did Obama agree to this? Why did he agree to any of it?

So What Was Obama Up To?

Obama came into office with a dream of seducing Iran into the “family of nations.” The man who would later become his CIA director, John Brennan, had similar dreams. Obama made it a priority. (This was the excuse Administration officials first gave Politico for stopping Project Cassandra.)

This would have consequences, according to Obama’s own Defense Secretary Robert Gates. Shortly after the JCPOA was signed, Gates slammed the deal. He said the U.S. was “out-negotiated” and “we could have negotiated a better deal.” Gates admitted it was ” a deal we seem to have wanted a lot more than they do, which is never a good posture from which to negotiate in the first place.”

Said Gates, “The agreement rests on the overly optimistic belief, the hope really, that [removing] sanctions will lead Iran over, time, to effect, become a normal country.” Gates himself wasn’t buying what his boss was selling. “We should hold no illusions about the regime we are dealing with.”

He means the world’s leading sponsor of state-terrorism, a fanatical regime with designs on spreading its interests. (As the past couple years have shown. Obama’s deal didn’t slow down their ambitions. It just funded them.) A general rule: When religious zealots yell “Death to America” and “Death to Israel” that’s a goal, not a negotiating tactic.

Remember, Obama began the nuclear negotiations with Ahmadinejad. Ahmadinejad is from a sect of Shi’ite Islam that holds their messiah, their 12th Imam will come amid a terrible holocaust. In 2012 he even delivered an End Times address to the U.N.. The current leaders of Iran are hardly any better. Did Obama really think Ahmadinejad would give up his nuclear ambitions, ambitions that could help bring about the arrival of his messiah via the nuclear annihilation of Israel, simply to get warm and fuzzy with the rest of the world?

So at best Obama was deluded and out-maneuvered. Desperate and willing to do anything to land the deal. He’s singing “Imagine” while Iran was singing “It’s the End of the World as You Know It.”

I have a hard time believing Obama was that naive and starry-eyed.

In his statement condemning our withdraw from JCPOA, Obama warned that Trump was increasing the risk of a military confrontation. Maybe Obama really did want to stop a military confrontation. Just not the one advertised. What was going on before the agreement? Iran was racing toward a nuclear weapon. Israel was warning Iran was getting close to “a red line” where Israel would have had no choice but to act in self-defense. How do you stop Israel from destroying Iran’s nuclear program? Fight Israel. Interfere in the re-election of its Prime Minister. Sign off on a weak international agreement where Iran promises not to make a nuke. You also threaten to shoot down Israeli planes if they try to attack Iran, if a 2015 report out of Kuwait is to be believed. Don’t be shocked. Former U.S. diplomat and Obama advisor Zbigniew Brzezinski called for that very thing.

Looking at all that President Obama did, I can’t help but wonder if he wants Iran to have the Bomb — to check Israel.

Is It Unpatriotic to Question the Secret Police?