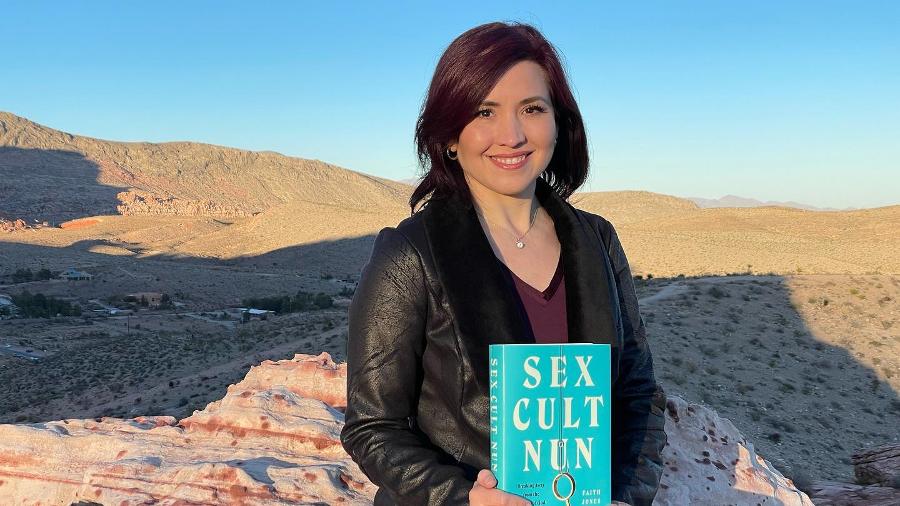 Faith Jones has written a fascinating book. The alarmingly but accurately titled Sex Cult Nun is the story of how she was victimized from childhood by the Children of God, a hippie-era religious cult that sexually abused children and warped the gospel to its own demonic ends.

This Powerful Story is Problematic to the Left

It’s a powerful story. To the left, it’s also problematic. It’s fine to escape a creepy, evil, and abusive child sex cult. That doesn’t justify you adopting conservative values of the kind that protect children and other vulnerable people. If you start citing Winston Churchill and quoting Thomas Jefferson, you just might get yourself canceled. Seriously.

Sick radical cults are one thing. But liberals draw the line at embracing conservatism.

Jones, the granddaughter of cult leader David Berg, survived the cult, which calls itself The Family and was established in 1967 in California. Born in 1977 in Hong Kong, Jones was raised in a commune in Macao, by her father Jonathan, his first wife Esther, and her mother, Ruthie. They prayed for hours every day and read heretical fake gospels written by her grandfather. Berg’s “Law of Love” encouraged incestuous relationships with children, family members, and fellow cult-members. Members also believed in the impending Apocalypse. From its beginning in California, The Family would eventually have 15,000 members worldwide.

Jones suffered unbelievable brainwashing and abuse as a child. To help herself survive, she repeated over and over a Winston Churchill maxim she came across in a book: “Never give in. Never, never, never.”

As recalled in Sex Cult Nun, Jones’s ticket out of The Family was education. She visited America where she encountered a traditional Christian school. Inspired by it, she put herself through high school through a correspondence course, then got into Georgetown University and its prestigious School of Foreign Service in the early 1980s.

Jones found the students and faculty at Georgetown on fire to change the world, but blinded by their own naïvete. Jones observes in the book: “Even the professors seem to be ignorant of the real world as they discussed shattering the sweatshops in Asia.” Jones had lived in multiple poor countries, including one in Asia. “I know that in many of these countries, if you close the factory sweatshops, the young girls will be forced into prostitution.” Jones told her teachers a better option would be “to try and improve conditions in the sweatshops.”

Of course, to the left, this won’t do. It’s one thing to escape a criminal sex cult that worships an insane patriarch, waits for the end of the world, and abuses kids. It’s quite another to question America’s cultural elites. Critic Ilana Masad lays out the problem in her NPR review of the book. Masad says that Sex Cult Nun “begins to falter and become occasionally aggravating” when Jones begins her new life in the United States in her early 20s. Having discovered “the wonders of books and the power of education during a brief stint in the U.S. as a teenager, Jones is eager for traditional schooling after her years of learning on her own.”

That doesn’t sound good. Jones attends a traditionalist school, where, Masad writes, she “quickly makes a connection that the way to education ends up being rather similar to her indoctrination in The Family:

They give you the answers, you learn them, and then they grade you on how well you can recite them with a slightly different flavor.’ Fair enough: Yet, despite being astute about some aspects of the ‘System,’ she seems to forget the very real systems that exist within it.

Translation: traditional religious learning in America is racist, homophobic, misogynistic, etc. Of course, there is no indoctrination in liberal schools.

Masad reaches her limit at the end of Sex Cult Nun, when Jones talks about owning one’s own body. Jones wrote:

People who buy into the lie that they do not own themselves can justify, or at least excuse themselves for, committing all kinds of violation against humanity, including child abuse, religious wars, or the millions slaughtered under communist regimes.

Jones also brings in the Declaration of Independence:

Without this right of ownership of our own bodies, there would be no moral wrong in slavery, rape, or murder. This is the principle those famous freedom fighters were trying to articulate when they proclaimed we have the ‘right to Life, Liberty, and the pursuit of Happiness.’ They said to King George III ‘You don’t own me! I own me!’ They messed up by not applying it to all humans.

Jones does not elaborate further on this principle, addressing divisive issues such as abortion or vaccine mandates. Her argument is simply that the state cannot tell people what to do with their own bodies, which belong to us and are gifts from God — that is, the real God, not a demented cult leader.

This kind of common sense just won’t play in woke America — and especially not on NPR. Jones “views each person’s body as property that they alone have an inalienable right to,” Masad writes, “yet then celebrates the men who wrote ‘right to Life, Liberty, and the pursuit of Happiness,’ many of whom believed they absolutely had the right to own other people. (She admits, understating, that they ‘messed up by not applying it to all humans.’)”

Nobody thinks it’s a good thing for a kid to endure raw evil at the hands of a sexually abusive cult leader and his sick hippie followers. Still, is Thomas Jefferson that much better? Not on NPR.