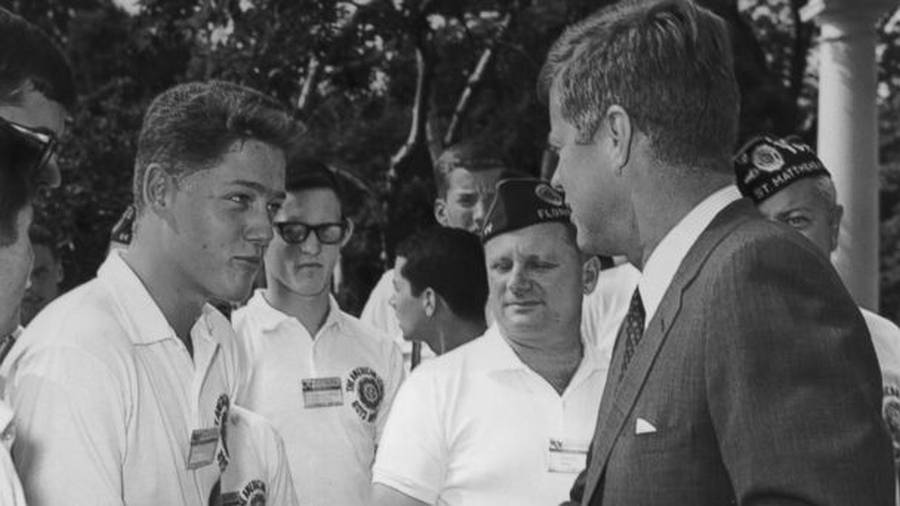 My grandmother is a working-class Midwesterner who believes in God, guns and in immigrants learning to speak English. She is from salt-of-the-earth stock, a proud, patriotic American. She has been a lifelong Democrat.

She’s only ever voted for one Republican — Ronald Reagan — contrasting him most recently with Donald Trump, who she thinks is a windbag. She believes the Democrats care more about the little guy, and giving people a fair shake. She still believes her party is the party of JFK, the party that took seriously the needs of Main Street Americans, those who live and work in what coastal elites have derisively labeled “flyover country,” but whose values are still held by a majority of citizens.

But it hasn’t been that for decades.

Not Feeling the Bern

She started to realize as much when she was disappointed that President Obama didn’t “give her a raise” on her Social Security. She is a fixed-income American whose bills are going up, while her benefits stay the same. Inflation is a killer for people like her. But she does her best, caring for her great grandchildren and a husband with Alzheimer’s. I’ve never known a harder-working person or a better card player.

She and I have dinner about once a week, and occasionally the conversation will turn to matters of national importance (what’s in the news) or personal distraction (what was on Facebook). I asked if she knew who the front-runner is to become the Democratic nominee for president. She did not. I asked her if she’s heard of Bernie Sanders. She was unsure.

I explained that Sanders honeymooned in Soviet Russia, during the height of the Cold War, and has kind things to say about Fidel Castro. Further, he espouses policies like free college, student-loan forgiveness, Medicare for all, and raising the minimum wage to $15 per hour.

All of this will cost about $60 trillion, and he plans to raise taxes on the middle class to pay for it. Not much “ask not what your country can do for you” in that.

‘The Party Has Left Her’

She looked at me with confusion and disbelief, as if to say, “That’s not what Democrats stand for. That won’t help working people get a leg up.” I told her that her party now stands on a platform of LGBT preeminence, instant abortion on demand, gun confiscation, and open borders. She looked aghast.

Remember how Ronald Reagan was once a Democrat, until he realized they had become Communist sympathizers? Grandma hasn’t left the party; the party has left her.

She fit in with Bill Clinton Democrats, but the radical leftists who are currently running things have run her off. Even Obama in his first term had the good sense to say he was for the things she stands for — hope and change. Sadly, against all hopes, he changed his tune after he got elected.

In the 2020 election, there is not a single candidate on the Democrat side with whom she can identify.

Bill Clinton said our borders were important, and we should enforce them. Bill Clinton cracked down on crime. He banned “assault weapons,” which is a centrist approach, but he never advocated gun confiscation. While president, he signed into law work requirements for welfare recipients, which only seems fair since everybody else has to work for their money. He was no friend to the pro-life movement, but the economy was soaring and the middle class flourished. As president he improved infrastructure and put America first, a controversial idea these days.

Grandma was comfortable with all of that.

Not anymore. She is one of those pro-lifers who Pete Buttigieg claimed there was no room for under the Democrats’ shrunken tent. Do the Democrats really believe older Americans will vote for an unabashed socialist like Bernie Sanders or the out-of-touch Joe Biden and his ever-evolving valueless policy positions? Do they think they can carry the day with just the coastal elites and socialist college students?

My grandma will not vote for any of them, and, I’m guessing, neither will millions of retirement-age Democrats. Election Day will come, they will get up, get dressed, make a cup of coffee and spend the rest of the day feeling somewhat ashamed that they would not be going to the polls for the first time in decades and wishing they had someone to vote for.

When was the last time you heard a nationally prominent Democrat say they loved America? It doesn’t matter to millions of middle-Americans voters who won Super Tuesday, because none of the candidates are centrists like Bill Clinton, let alone John F. Kennedy. The backbone of the party has bent — decidedly, and irretrievably, to the left.

That’s bad news for millions of Main Street voters like my grandma. And will be bad news for Democrats come Election Day.

Daniel Venturino is a culture commentator and author of The Battle for Main Street: How to Reclaim America’s Heritage.