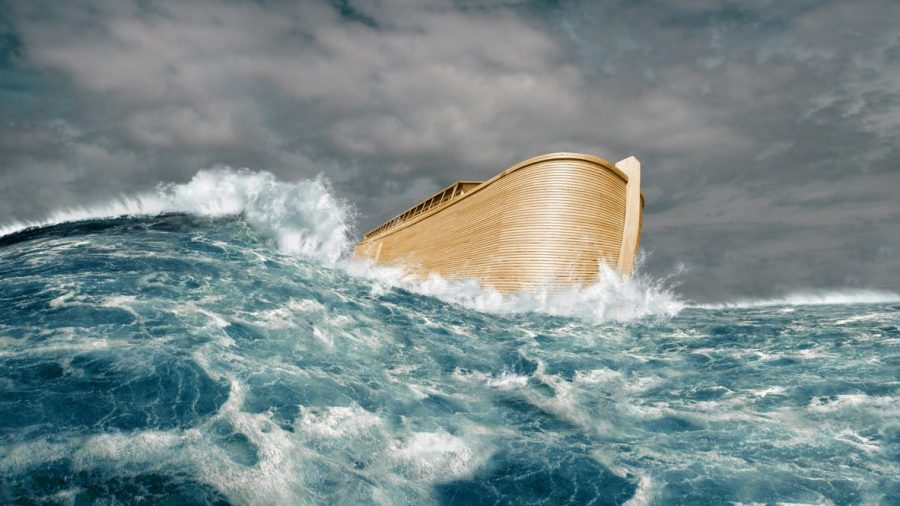 Have you ever gone through something so emotionally exhausting that when you finally come out of it, all you want to do is a whole bunch of nothing? Like stay-in-bed-and-stare-at-a-wall kind of nothing?

I don’t know about you, but I feel like this year has handed us not one, not two, but multiple emotionally and mentally exhausting events to make us want to lock ourselves in … or let ourselves out. Out into wide-open spaces with lots of fresh air and no people. No riots. No COVID. No political acrimony. No out-of-control wildfires, both literally and figuratively threatening to burn up our way of life. I was so desperate to drink in a reprieve from current events I took myself to the soul-feeding freedom found in Utah’s thousands of acres of No Man’s Land this past summer.

Like all things temporary, I couldn’t stay there. I had to go back to reality, and a reality I didn’t feel like facing: mask mandates, societal division, and a global pandemic that won’t go away. It’s as if we’re trying to conduct “business as usual,” all the while feeling like nothing’s too “usual” about the present juncture in history.

On the contrary, for these few fleeting weeks where things feel quasi-calm compared to earlier this year, I’m struggling with a nagging anxiety that, somehow, I should be “doing more” to prepare for a tomorrow that sounds aggravated, looks cloudy, and feels insecure. Even if this premonition was coming out of a Holy Spirit-led discernment, if acted upon in my own strength and limited understanding, its fruit would likely be frustration and futility.

Noah’s Righteousness During a Time of Wickedness

It was here the story of Noah brought hope to me in a light I had never considered before. Noah, too, lived through a crossroads in history that was unusual. In fact, only six chapters into the first book of the Bible we read about God regretting His decision to make man (Genesis 6:6). It was bad, like to the point of wanting to blot out the whole of humanity bad. The earth had become overrun by a violent and corrupt generation where “the wickedness of man was great” and “every intention of the thoughts of his heart was only evil continually” (6:5).

God’s plan for the total annihilation of the human race was diverted by one man: Noah. Noah found favor in the eyes of the Lord, being a righteous man, blameless in his generation and walking with God (Genesis 6:9). The statement begs the question, “How’d he do it? How did Noah somehow rise above the fray, not become contaminated and corrupted himself, when all around him was wickedness, violence, and negativity?” How did he become not a person, but the person, who “by faith, being warned by God concerning events yet unseen, in reverent fear constructed an ark for the saving of his household” (Hebrews 11:7)? How did he follow through — no questions asked — on what was a seemingly outrageous directive by God Himself, yet proving to be the means by which the human race was saved?

Perhaps the answer lies in the prequel. In Genesis 5, we find Noah’s father, Lamech, prophesying purpose over Noah’s life at birth and giving him a name rich in meaning. Noah’s name is closely related to the Hebrew root word, “noach,” which means “rest,” “quiet” or “resting place.” It’s not until Noah is 600-years-old that he even enters the ark (Genesis 7:6) and before that he is described as one who “walked with God.” What does a half a millennium’s worth of years walking with God do to a man? I believe it gives him a deep-seated “rest” in his soul. You really know God, and God really knows you.

Noah chose to spend those years before the flood cultivating a relationship with God instead of following his own sinful desires along with the entirety of his generation. It didn’t matter to him that he stood alone in that decision. In the primacy of knowing God and being known by God, something unshakable was being formed in Noah. It was an intimacy of relationship where trust, unconditional love, and security is cultivated.

Relationships that possess these qualities are able to securely rest in what they know about the other “person” in the relationship. In this case, I believe Noah had come to rest in what he knew of the attributes of God: His sovereignty, holiness, justice, faithfulness and love.

Living out the meaning of his name in an intimate relationship with God provided the foundation from which all of Noah’s other acts of obedience and faith flowed. Because Noah knew God, because he walked with Him, for literally hundreds of years, when the time came for the cataclysm, Noah was steadfast in follow-through by faith. He obeyed without hesitation. He was able to answer the call to prepare the ark because his heart had been prepared first.

Preparing Before Our Flood

Nothing has changed since the days of Noah. God wants to prepare our hearts before it starts raining, before the flood of present afflictions tries to sweep us away. In that day, may our souls be found at rest, in complete confidence of the eternal “done” of Jesus’ work, not fearing what more we must “do” to earn his love and affection. Jesus desires to give us “rest for our souls” (Matthew 11:28). From that place of resting in His love, resting by faith, and resting in God’s amazing grace, we will find the same direction and protection of His favor upon us just as Noah did.

It’s the rest found in an intimate relationship with our Heavenly Father, through Jesus Christ our Lord, that prepares us for the flood.