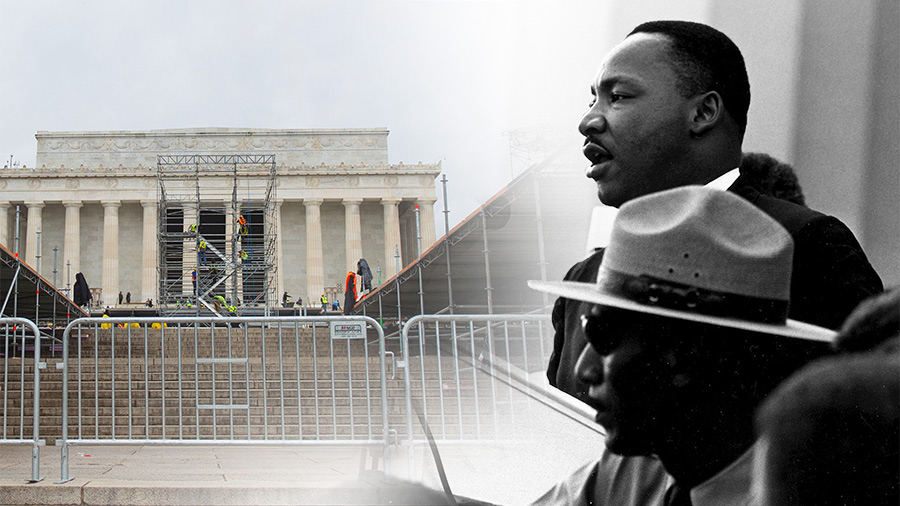 Every time we say the Pledge of Allegiance, we confess that we are “one nation,” but there is less and less cultural evidence of that. In fact, after eight years of perhaps the most divisive President in American history, we are more balkanized than ever. Not only have the ethnic divisions been exacerbated by the constant allegations of racism and white privilege, but we now contend with a whole new set of tribal identities.

We are segmented not only by racial classifications of black, white, Hispanic, Asian and Native American, but shoehorned into the mix are sexual categories of gay, lesbian, bi-sexual, transgender and, according to Facebook, 56 other gender identities.

With the election of Donald Trump as the 45th President of the United States, the time has come to take a bold step toward unity. To borrow from the President-elect, it is time to make America unified again. We will never be perfectly unified, but we can reverse the politics of division, and reorient our culture toward unity.

I propose that from the 2017 Martin Luther King Day forward, there be no more hyphenated Americans.

Since the election, Mr. Trump has called for solidarity. We need to make that sentiment tangible. The left’s identity politics fosters the narrative of victim versus oppressor, white male versus everyone else, white privilege versus black “empowerment,” capitalist versus worker and now enlightened sexual liberators versus the bigoted, hateful traditional Americans.

It is an effective strategy for obtaining and holding power, but the whole country suffers for it. President Obama and his fellow liberals have unleashed racial hell on our country, moving us away from our vision of “one nation under God with liberty and justice for all.”

Sixty-two police officers were murdered in 2016, twenty-one in ambush killings because of the false narrative that police are hunting down and killing unarmed black men. The mainstream media, liberal elites and the President have promoted this cancerous myth, and it has metastasized. In the latest racial horror, four young black suspects filmed themselves torturing a victim because he was white and disabled. They made him recite phrases such as, “I love black people.” They taunted him for alleged support of Donald Trump, and hurled profanities against Mr. Trump and “white people.” These are the inevitable results of the left’s destructive strategy of identity politics.

The Rev. Dr. Martin Luther King famously said: “I look to a day when people will not be judged by the color of their skin, but by the content of their character.” That will never happen unless we reject the politics of division and embrace a new culture of unity.

We need to stop categorizing each other by skin color and race. I propose that from the 2017 Martin Luther King Day forward, there be no more hyphenated Americans. Let us cease calling ourselves Native-American, African-American, Hispanic-American, Irish-American, Italian-American, Jewish-American, Asian-American or any other ethnic or national bifurcation. We are Americans.

It’s been over five years since I used the phrase African-American. I have often said in speeches that “I am not an African-American. I am an American.” Some black citizens interpret this as denial of my heritage, but it is not. I am not ashamed that my ancestors came from Africa and were former slaves. However, they left Africa 300 to 400 years ago. Slavery ended 150 years ago. I was born an American citizen. That is who I am, and I am grateful to God for it.

Of course I am an American of African descent, if there is a need to know my background, that is it. However, I am not an African, and never have been. I have not yet even visited Africa, although I hope to one day. Neither am I a slave although that is part of my ancestral history. What I am is an American. What should unite us all is commitment to our Republic and the Constitution which secures our freedom. We are all endowed by our Creator with life, liberty and the ability to pursue happiness as citizens of the most prosperous nation in history. It is time to rediscover our common national identity as Americans.

A tangible expression of this sentiment would be for government to stop asking citizens their ethnic background. Those questions should be removed from every state, federal and local form. We should not require that information in any business or institution. Race should be irrelevant when applying for school, a loan, a job or filling out a census form. Citizens should no longer be required to answer such questions. The only relevant questions for government are whether you are a citizen, and if not, on what basis are you here.

The way forward is not obsession with our ethnic past, but embracing our common future. I long for the day when not one of us will identify ourselves with a hyphen, but each of us will proudly say, “I am an American.”