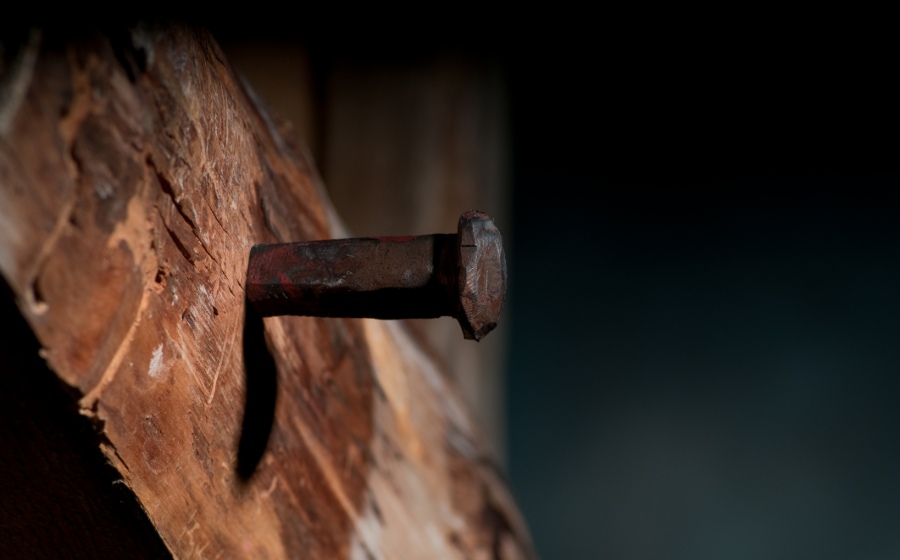 One of the greatest themes in art, literature, and sometimes even real life is when a person sacrifices his or her own life that someone else might live. In my worldview, all such acts point to the single greatest example of them all — Jesus Christ, who offered up His own life, that we might live, if you believe in Him.

What got me thinking about this theme of self-sacrifice for others’ sake was a story reported a few days ago about a dog. Near Orlando, Florida, there was a puppy dog that interposed his body between some children and a poisonous snake — thus, protecting the children. The puppy endured four bites from a coral snake before dying. But the children were safe.

The Sacrifice of Aaron Feis

Last year, we were all shocked at another horrific school shooting — the one in Parkland, Florida, near Fort Lauderdale.

Lost in the headlines, it would seem, was a football coach at the school who sacrificed himself, interposing his own body that others might live. His name was Aaron Feis.

The Sun-Sentinel reported on Feis’ funeral held at the Church by the Glades (a non-denominational evangelical congregation) in nearby Coral Springs: “People called him ‘the mayor of Parkland,’ said former coach Mike Virden during the service. ‘Because if you needed anything or anyone, he was the guy to go to.’”

Jesus said, “Greater love hath no man than he lay down his life for his friends.” Aaron Feis’ sacrifice should not be forgotten.

Marjory Stoneman Douglas’s football program tweeted the day after the shootings: “It is with Great sadness that our Football Family has learned about the death of Aaron Feis. He was our Assistant Football Coach and security guard. He selflessly shielded students from the shooter when he was shot. He died a hero and he will forever be in our hearts and memories.” [Emphasis added]

NBCNews.com reported, “The death toll, witnesses said, would have been even higher had it not been for Feis. They said that when the gunfire broke out, Feis quickly draped himself over students, acting as a human shield. ‘He shielded two kids from being shot. He took the bullets himself,’ Julien Decoste, a student who survived by hiding in a closet with classmates, told NBC News. ‘As I was being escorted out of the building, I had to step over him. Right then and there … I knew: He had to have been dead or injured.’” [Emphasis added]

Jesus said, “Greater love hath no man than he lay down his life for his friends.” Aaron Feis’ sacrifice should not be forgotten.

I am a student of history, including church history. One of the great heroes of history often overlooked, except perhaps in some Catholic circles, is Maximilian Kolbe. He was a Polish priest, who like many other non-conformist Christians ended up in Hitler’s concentration camps. Kolbe ended up in Auschwitz, where he died in 1941.

A prisoner had escaped from Auschwitz, and so the Nazi guards arbitrarily chose ten names of prisoners to die of starvation as punishment and as a warning against any future escape attempts. One prisoner’s name randomly chosen was Franciszek Gajowniczek, who had a wife and children back home. Kolbe went to the authorities and asked if he could die in the man’s place. I’m sure the Nazis were taken aback by such a request, but they allowed it to happen. Kolbe died so that the other man might live.

In literature, one of the greatest novels of all times is Charles Dickens’ A Tale of Two Cities. I reheard the story again recently as a book on tape.

What a brilliantly crafted novel, climaxing with the theme of self-sacrifice. Sidney Carton, the hitherto ne’er do well, realizes he can be redeemed by sacrificing himself so that the main protagonist may escape the guillotine.

All of these examples of self-sacrifice, from history to nature to literature, point to the greatest of all sacrifices.

Around 700 BC, Isaiah the prophet looked into the centuries ahead and declared, “All we like sheep have gone astray. We have turned everyone to his own way. And the Lord has laid on Him the iniquity of us all.”

The only perfect human being who ever lived, Jesus Christ, became sin for us. And sin was punished on the cross. He who was innocent bore our sin in His place. He did this that we might become righteous in God’s sight through faith in Him and thus have everlasting life. As a great Christian hymn puts it, “In my place condemned He stood … Hallelujah! What a Savior!”