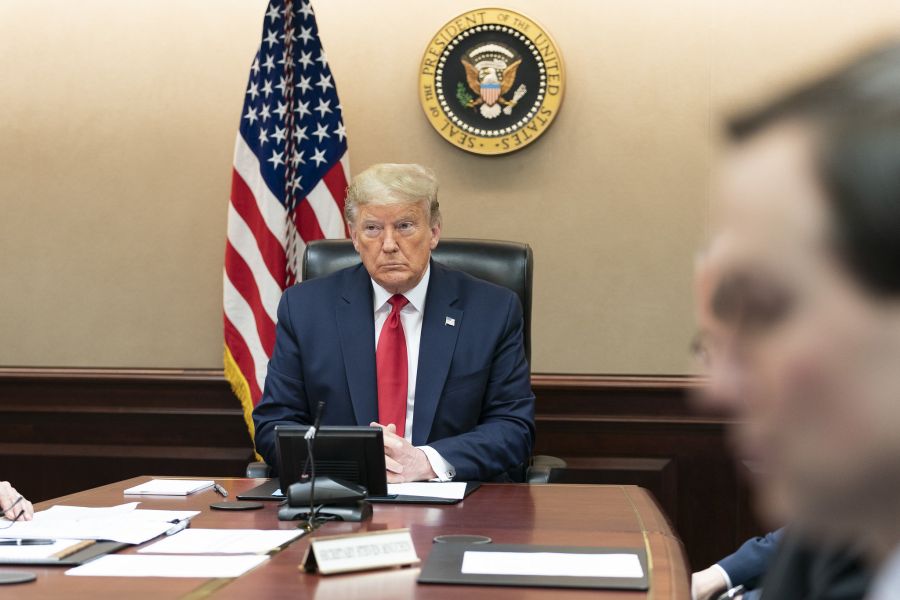 “Nothing could be worse than declaring victory before the victory is won.”

President Trump announced Sunday evening that stay-at-home orders will stay in place until April 30. This puts an end to Trump’s goal of reopening the country by Easter.  (On the plus side, Jesus is still risen.)

Trump said his Easter goal was “just an aspiration,” and he didn’t want to see a spike in cases if restrictions were lifted too soon. The peak of the virus is still about two weeks away, he said. However, “we can expect by June 1 we will be well on the way to recovery.”

Dr. Anthony Fauci called the president’s action a “wise and prudent decision.” He says the administration didn’t want to prematurely pull back on the fight against the virus.

Earlier in the day Dr. Fauci said between 100,000 and 200,000 Americans could die from the coronavirus. He included several qualifiers, which the media and Twitterverse generally ignored. At Sunday’s Rose Garden press conference, Dr. Fauci was not happy with the media sensationalizing the numbers.“You could make a big soundbite about it,” he said, “But the fact is, it is possible. What we are trying to do is not let that happen.”

On the other end of Pennsylvania Avenue, Nancy Pelosi was proving just how low a politician can go. On Sunday, Pelosi directly blamed Trump for the rising death toll. Speaker Pelosi told CNN, “As the president fiddles, people are dying.”

Sen. Lindsay Graham called the comment “the most shameful, disgusting statement by any politician in modern history.”

Making the statement even more shameful, Pelosi was the one who recessed the House in the middle of an international crisis, flew home for a week, then returned to scuttle the Senate’s bipartisan relief bill. She then held it up another week while trying to stuff it with a progressive wish-list of items.

It’s also important to note that in January, while the coronavirus was taking dead aim at America, Pelosi was spending all her time attempting to impeach the President. And even after the virus hit our shores, she was pushing legislation aimed at stopping Trump’s travel bans.

Speaking of fiddles, one thing Pelosi insisted on was $25 million for the Kennedy Center. Just hours after President Trump signed the stimulus bill giving the Kennedy Center the money, the Kennedy Center told members of the National Symphony Orchestra they’ll stop getting paid April 3. The Washington Free Beacon uncovered the email sent to musicians.

There is Good News

Despite that sour note, there is some good news. French researchers announced that a combination of hydroxchloroquine and azithromycin has been found effective in treating patients with the COVID-19 coronavirus. The study involved 80 patients. 78 recovered from the virus within six days. One 74-year-old remains in ICU. And one 84-year-old patient died.

New York is currently conducting a wider study on 1100 patients, using both hydroxchloroquine, chloroquine and azithromycin. President Trump said we should know if the treatment works “fairly soon.”