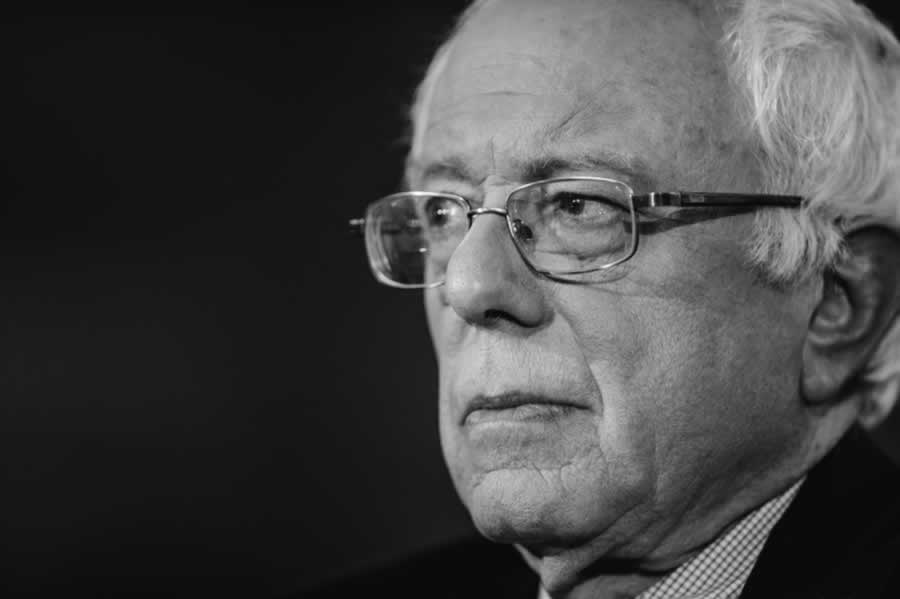 Don’t you wish there were a simple way to deprogram Bernie Sanders fans? One that would take just 15 minutes or so to debunk their core arguments and examples?

Imagine you could send them the Ghosts of Socialism Past, Present, and Future. Then at the end of the night, like Ebenezer Scrooge in the Muppets’ A Christmas Carol, they’d run around asking people’s forgiveness, handing out alms to the poor, and embracing Kermit the Frog.

I think I may have found the magic bullet. It won’t work for everyone. Those who really are of Bernie’s own political views will prove immune. Sanders himself for decades embraced radical anti-American, anti-democratic movements and regimes that murdered political dissidents, looted churches, and caused artificial famines. From the Soviet Union to Cuba, from Nicaragua to Venezuela, it’s hard to find a vicious leftist regime that Sanders hasn’t championed.

I almost checked myself, because I don’t think Sanders ever praised Pol Pot’s genocidal regime in Cambodia. But then I checked the Internet. It took me 15 seconds to learn the truth. It turns out Sanders’ campaign has ties with a former Maoist group in Denmark called “Rodt.” And Rodt’s party newspaper … you guessed it, defended Pol Pot and insisted that the killing fields weren’t real, just Western propaganda.

If you’re dealing with a Bernie Bro who has guzzled that much of the Kool-Aid, don’t bother arguing. Just back away slowly, smiling and nodding. Once you’re in a safe space, resort to prayer and fasting.

But if instead you’re dealing with someone sane? Someone who has simply bought into the agitprop that Sanders deploys for mass consumption? Then you’ve got a chance.

Let’s say this person believes all Sanders wants is “democratic socialism.” So there’s nothing radical or dangerous about that. It works just fine in … Sweden, doesn’t it? Ikea’s furniture doesn’t get made in gulag camps. Flotillas of desperate Swedes don’t wash up every week on the shores of Finland, desperate to escape the famines and secret police. ABBA never used one of its foreign tours to defect, in search of freedom.

If you’re speaking with someone like that, stop talking right away. And instead send him this video, from the center-right Youtube channel We The Internet TV. Its title’s designed to draw such a person in: “5 Reasons Why We Need Sweden’s Democratic Socialism.”

The Video Every College Student Needs to Watch

Hosted by the funny, deadpan commentator Lou Perez, the video explores the key reassuring claim at the heart of Sanders’ campaign. Namely, “It works in Sweden, why can’t it work here?”

Perez interviews leading economists, historians, education officials, and energy sector experts in Sweden, to test out this claim. What he quickly finds out is simple. The Sanders Sweden slogan is false on every level. Sweden isn’t socialist. Not democratic socialist or any other socialist. It actually never was, though for almost 30 years it flirted with socialist policies. That ended 20 years ago, as every Swede will tell you. But Sanders fans aren’t asking them.

How to Get a Small Fortune: Start with a Large Fortune

After an incredibly prosperous 20th century (it avoided both world wars) with a mostly free economy, operated by hard-working Lutherans goaded by the Protestant work ethic, by the 1970s Sweden was one of the richest nations on earth. But its Protestant faith got watered down and went mainline. Rather than preaching the faith, it focused on works. And not even works of mercy performed by individuals.

Instead, leading Swedes decided that society could afford to offer every social benefit any Utopian reformer had ever dreamt of. Free college and grad school. Government healthcare for all. High mandated minimum wages. Elaborate “socially responsible” regulations of private business. And all of this would be funded by taxes, where the marginal rate rose as high as 90 percent on income.

All of this without prison camps, torture, or herding farmers like cattle onto state-owned collective farms. Democratic socialism, see? That’s all Bernie wants. So people tell us.

But it’s not what Sweden has, not for the past 30 years. As the Swedes in this video explain in patient detail, the massive statist policies Sweden tried proved a comprehensive failure. For instance, during its democratic socialist decades, Sweden did not produce a single new net private sector job. Not one. The pioneering innovative businesses such as Sweden is now famous for? They fled to other countries. The 90 percent tax rate? It produced very little revenue, since accountants quickly developed elaborate (if economically wasteful) techniques of tax evasion.

During its democratic socialist decades, Sweden did not produce a single new net private sector job. Not one.

On a lighter note, the iconic Swedish pop band Abba was affected by the country’s socialist honeymoon. It learned that its stage costumes wouldn’t be tax deductible, unless they were so outrageous they couldn’t be worn offstage. And that, believe it or not, is the reason why ABBA dressed onstage like idiots.

The reaction against democratic socialism was so strong and widespread that its leader was a Social Democrat minister. Sweden today has less regulation and lower business taxes than the United States. It imposes no gift or inheritance taxes either. It provides school vouchers for private schools. And it has redeveloped private health insurance, for those unhappy with mediocre state care. Oh yes, and for all its generous educational spending, its college grads end up even more indebted than American grads on average.

So Bernie Sanders’ key claim, that his programs proved a success in a rich country like Sweden, is wholly false. They were tried, they wasted enormous wealth, and they failed. And all of that happened decades ago.

Just imagine if Donald Trump were campaigning based on the failed policies of a long-dead right-wing regime, pretending that they’d succeeded and were still in place. You’d think that reporters would call him on it.

Maybe after this fun, informative documentary makes the rounds, that will happen to Bernie Sanders.