‘Night to Shine’ Highlights Why Life is Worth Living 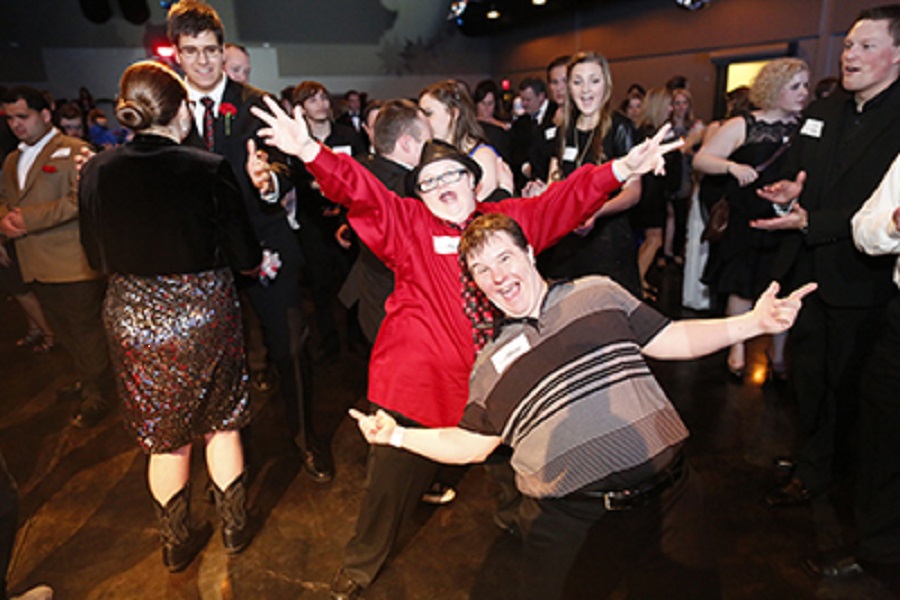 Across the United States and in 33 other countries, 721 churches hosted Night to Shine. That’s the name of a prom organized by the Tim Tebow Foundation for those with special needs.

Unsure of what to expect, I attended the event at my home church, Prestonwood Baptist. As a volunteer, I accompanied attendees as a buddy for the event. I was struck by how thrilled its attendees were. I was discouraged at first, as one buddy couldn’t speak or even respond to my efforts to communicate. However, as music played, he rocked back and forth to the music, clearly very happy.

The Heart of God on Display

My other buddy raved about his love for the music of Justin Bieber, delighted to converse with someone of similar tastes. He abandoned me later in the night, to accompany an opposite-sex partner on the dance floor. An understandable move. I had spent time with my buddy’s mother. She told me how God moved her to adopt children with special needs after her biological son became an adult.

The handicapped child gets left on the wrong side of a deadly red line. Why? Because his life lacks the same “potential” as other children’s.

Halfway through, a recorded message by Tim Tebow played. He clearly presented the Gospel. He pointed to the Jesus’s selfless love and friendship as the central reason for the night. Throughout the venue, joy pervaded the room. Attendees of a wide range of ages enjoyed a wide range of activities from games to singing and dancing. Volunteers staged throughout the venue assured that everyone attending had the care and company needed and wanted.

The Tyrannical “Quality of Life”

Witnessing the profound joy that the many attendees had at this event struck me with a powerful reminder. Life, no matter how challenging, is worth living and protecting. We hear “quality of life” often used as a talking point for abortion. In cases of disability especially. Pro-choice ethicists like Princeton’s Peter Singer contend that the value of human life depends on one’s capacity for enjoyment.

This argument goes beyond the ethical musings of Singer and others, manifesting itself in policy. For example, Iceland claims to have provided a solution to Down Syndrome: Abort all the kids who test positive for it.

Pete Buttigieg, a leading Democratic presidential hopeful, recently argued for unrestricted late term abortion. His assertion was “the dialogue has got so caught up on where you draw the line that we’ve gotten away from the fundamental question of who gets to draw the line” and that he trusts women to draw it.

Writing People Off as Total Losses

Such sophistry abandons one person: the handicapped child. He’s left on the wrong side of a deadly red line. Why? Because his life lacks the same “potential” as other children’s. As if we (godlike!) could know such things, could tally up in advance the joy any person might take in just being alive.

In the face of this reductionistic view of life, I’m reminded of the life of Joni Eareckson Tada. She became a paraplegic early in life, and walked through intense depression and suicidal thoughts. However, she came to find an overwhelming sense of joy when she later grasped one reality. That she is made in the image of God, meant for his purposes.

Through her surrender to those purposes, she has over years built up a ministry that has illuminated this reality to thousands more. Had she bought into the lie that her life was neither valuable, nor worth living, many would not be able to walk through their suffering, or know the joy of the Lord, where there is strength. (Nehemiah 8:10)

The Beauty of Life Points Us to God

A worldview that understands life as meaningless apart from maximizing pleasure leads to a grim logical conclusion. Any obstacle, especially if permanent, devalues life. This worldview pervades our culture, persisting among liberal elites and utilitarian ethicists. It draws a bleak picture, detached from reality. Our value and dignity as humans is not built upon what we can do. It also isn’t from maintaining a certain level of “happiness.” It comes from bearing the image of our Creator. (Genesis 1:27)

A dollar bill, whether worn, torn, or stained, is valuable given the image it bears, declaring it legal tender. We would call someone who destroyed worn money foolish. Likewise, no matter how messy, dark, or hopeless life may seem, our value holds. This is because of Whose image we bear. So let us take hold of that, and not allow the lies that persist in our culture to kill, steal and destroy. Rather, let us fight for life with the conviction that it is a gift, rich in beauty.

Better Than My Own Prom

This was an event that I didn’t plan on attending until that very day. But it took me by surprise, turning out more enjoyable than my own prom in high school. Though I eagerly awaited that, it was no different than any other social event, apart from formal attire. This event was far more special. The movement of God was clear.

I entered fairly ambivalent, out of little more than a sense of obligation. I left with my heart stirred. Volunteers poured out their hearts in service. Attendees had a deeply enjoyable night, despite some who feel their lives aren’t worth living. When my buddy Rocky cut the rug with his partner, or Tim swung to the music from his chair, this was clear to me: the hand of God was on this event.