More than 12,000 Christians have reportedly been killed in Nigeria in recent years. Written by Christian and Jewish co-authors, The Next Jihad reveals how to stop the genocide. 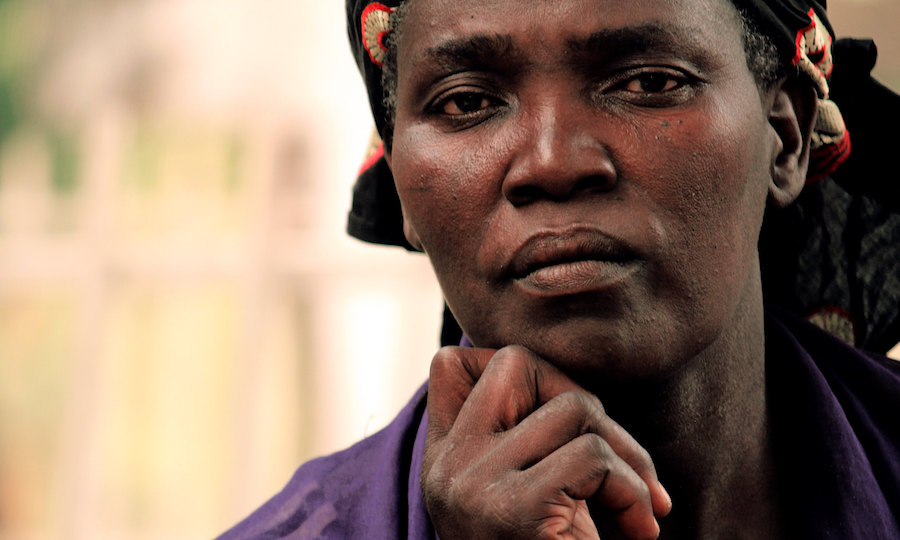 The Nigerian pastor had just started his Sunday sermon in his small village church, when his phone rang, from a number he didn’t recognize. He didn’t answer. Then it rang again. “I think I must answer this call,” he said.

A rough-sounding man said he held one of the pastor’s parishioners as hostage. (Advocates use the pseudonym “Grace” to protect her identity.) He demanded an exorbitant sum for the Christian woman. Then he hung up.

The shaken pastor immediately informed local authorities. He gave them the kidnappers’ and Grace’s numbers. He later learned she had hidden her cell phone and kept it on, for the signal to be tracked.

But the Nigerian police did nothing. The pastor, over a hundred miles from the captors, had to negotiate her release. He and his small congregation had no means to pay the massive ransom. He decided to sell virtually everything he owned: furniture, tools, nice clothes, a vehicle. His church followed suit, even selling their small building.

Seminary hadn’t prepared him to be a hostage negotiator. But he rented a car, met the captors at a designated location, and handed over the money. 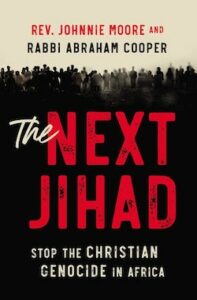 Grace was released unharmed. “She was saved through literally a miracle and that pastor’s heroism,” said Rabbi Abraham Cooper in a phone interview. “But several Christian men traveling with her were killed on the spot.”

United to Stop the Violence

In February, Grace and her pastor traveled to the Nigerian capital city of Abuja. They met with two men who like to say they are “freelance diplomats”: Cooper, an Orthodox Jew, and itinerant Christian minister Johnnie Moore.

Rabbi Cooper has spent over 50 years advocating for human rights and against genocide. He serves as director of global social action at the Simon Wiesenthal Center based in Los Angeles. It is one of the world’s largest nonprofit groups standing against hate and violence.

Moore, who runs PR firm The Kairos Company, is an appointed member of the U.S. Commission on International Religious Freedom (USCIRF). The bipartisan commission serves as a watchdog for religious freedom rights.

Cooper and Moore recount the dramatic story of Grace’s rescue last December in their new book, The Next Jihad: Stop the Christian Genocide in Africa.

“This woman Grace was traveling in a van, heading home to see family for Christmas week,” said Cooper. “Their route took them near the capital city. They even passed a government checkpoint. About one hundred yards later, these kidnappers took this Christian woman and several people in that van were killed.”

Open Doors, a leading advocate for persecuted believers, ranks Nigeria as the 12th most dangerous nation for Christians. That astounds many observers. After all, Nigeria is known as Africa’s largest democracy and has the most prosperous economy on the continent.

Islamist extremist groups connected to the Fulani people have attacked hundreds of Nigerian churches. Over the past five years, a Nigerian nonprofit group estimates, they have killed at least 12,000 Christians.

More than 17 million people identify as Fulani, the largest African tribe. It is predominantly Sunni Muslim. Moore is quick to speak up on their behalf. “When we’re talking about the Fulani attacking Christians, it’s a small segment of this vast ethnic group,” he said. He and Cooper use the term “Fulani militants” in the book.

He noted the Nigerian government’s inaction has emboldened Fulani terrorists. “The attacks on churches are spreading,” he added. “Violent groups are targeting Christians and trying to literally ‘cleanse’ parts of Nigeria.”

A new USCIRF report documents the recent surge in violence. “In recent years, violence and insecurity have escalated in many countries with prominent Fulani populations,” states the report. “[Yet] the role that religious ideology plays in Fulani fighters’ motivations is highly debated.”

The report notes that Fulani militants have been responsible for at least 47 attacks in Nigeria during the first half of 2020. Cooper and Moore insist they are at least partly driven by Islamic extremism.

Yet the two men remain hopeful that religious freedom — for Muslims, Christians, and all faith groups — will prevail. Historically, these diverse groups have lived side-by-side peacefully in west Africa.

Cooper initiated this latest effort to defend Christians in crisis. After several Nigerian Christians spoke with him at the 2019 State Department Ministerial to Advance Religious Freedom, he strategized with Moore.

“Johnnie and I are linked spiritually and as Americans,” he said. “Shouldn’t people of faith work together to defeat theologically fueled terrorism? Silence is the ally of evil. We have an obligation to try to make a difference.”

“Silence is the ally of evil” – Rabbi Abraham Cooper

Their message to policymakers has been loud and clear. “This situation is a five-alarm fire,” said Moore. “Nigeria has historically been a good friend to our nation. It’s time for the U.S. to put intense pressure on them, to take action against terrorism.”

Nigerian officials have the most options to institute justice, the authors note. They urge an independent investigation be set up involving governmental and diverse faith leaders. This inquiry would be empowered to report what has occurred and recommend legal prosecution.

Yet American believers also underestimate their power. Recommended actions include prayer, giving to front-line nonprofits, and sharing the stories of Nigerians.

Importantly, they advocate believers partner together. “Imagine if even just 25 American churches announced they were each adopting a church in Nigeria,” said Cooper. “[Do it] during this Christmas season. The Nigerian government might take notice — and they have the capability of dealing with this issue.

“Nigerians feel like they’ve been totally forgotten,” he added. “Speaking as a Jew, I think American Christians are the sleeping giant here who can help halt this violence.”