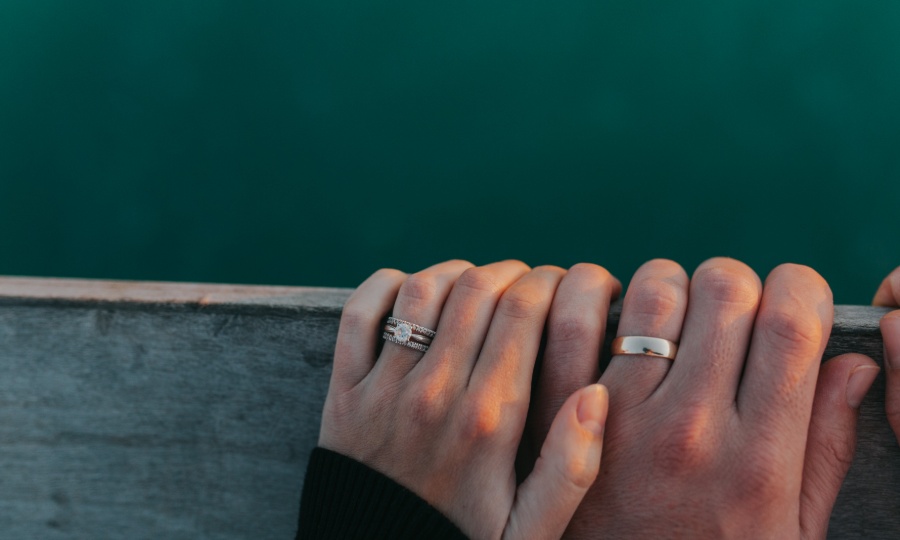 A new study from Barna Group out this week should raise alarm bells for a group of Americans who are now at high risk for so-called “Gray Divorce,” a phenomenon that recently made national headlines as Bill and Melinda Gates abruptly announced an end to their 27-year marriage.

This trend began with Baby Boomers, who have tragically surged in divorces at an older age and after decades of marriage.

Boomers have, as a generation, largely abandoned the decision-based model of marriage and entered what psychology has named the “expressive individualism” marriage, only willing to be committed to the marriage if it makes them happy.

Unfortunately, after years of drifting apart while raising kids and succeeding in careers, they often look at each other once the kids leave the house and don’t know what makes them happy anymore … including their spouse. Seeking happiness, they divorce, many times without considering the pain that will occur in the process.

And while it is often true that history repeats itself, we have a national opportunity to learn from the mistakes of older generations and repair marital damage before it’s too late.

The study is titled Marital Satisfaction and Counseling Research Findings. It was commissioned by Marriage Helper, of which I’m CEO, which works to give couples practical ways to save, fix, grow, or rebuild their marriage.

Only 17% of Xers who admit they’re not happy have considered pursuing any kind of help. So, while this generation is far less satisfied with their marriages, they are also tragically less likely to fix the problems in their relationship. This is a recipe for disaster as it puts these couples at high risk of becoming another divorce statistic.

Here’s a deeper insight: 65% of men said they were very satisfied with their marriage, but only 52% of women gave the same answer when asked the same question. For professionals who work with married couples this isn’t a shock. It also isn’t good news. Men tend to ignore relationship problems thinking they’ll just work themselves out, while women quietly grow more and more frustrated.

Our own research and first-hand experience lines up with decades of research on this marital dynamic. When a wife brings up a significant relationship issue, her husband tends to be quick to defend himself, or simply downplay the severity of the issue. In the end, the wife gets fed up, and often nothing changes until she seriously contemplates ending the marriage, oftentimes blindsiding her spouse completely.

It’s a ticking relationship time bomb cycle that repeats itself over millions of marriages every year, year after year.

A common refrain we hear from a husband is “I should’ve listened to her,” realizing too late how deep her need is for emotional intimacy with him.

The bottom line is marital issues are not like fine wine, they do not get better with age. They are more like a moldy basement, getting worse if they are not treated properly and quickly. Our experience with multiplied thousands of couples demonstrates that a marriage headed the wrong way will not get better on its own or improve as a couple ages. In fact, the number of older couples divorcing has rapidly increased. The divorce rate for people over 50 has more than doubled since 1990. This “Gray Divorce” phenomenon is leading to 1 in 4 divorces occurring in those age 50 and older, a generation that used to tout a low divorce rate.

To fix all of this, Father’s Day presents a perfect time to focus on making marriages better.

The stronger the marriage, the stronger the entire family. However, rather than taking the common — and dreaded by most men — Father’s Day approach of lecturing men about their failings, try something new.

Wives, make a list of three things you want from your husband that you emotionally need but aren’t getting. Then creatively figure what you and your husband together can do to develop that for the both of you.

For example, if you need time to simply talk and enjoy each other, set a schedule for walking together.

If you need more understanding and emotional connection, plan a story night. Telling your mate what they’re doing wrong typically leads to defensiveness. Instead, ask them to do a “date” with you, even if it’s on the front porch, where each tells one story from your childhood that affects how you think, act, feel, or believe now.

You go first, allowing yourself to relive the story in your mind and heart. As you do, your story will come alive to both of you. Then as you explore together how that past event affects you now, each gets deeper insight into themselves and each other.

Think of intimacy as “into me see.” By sharing eventful stories, you’ll see into each other’s heart, mind and soul. You achieve the intimacy you want slowly without either having to drag the other into conversations.

Gradually, as you learn to communicate more deeply, move into talking about your lives now; what you want, what you fear and other revelations.

Also, don’t be afraid to get help. Many couples wait six years after conflict starts before seeking help for their marriage. Too often people brush off marriage help for fear of being attacked or getting too deep into emotions. But there are many ways to work on your marriage that are effective, comfortable and even fun, for both husband and wife.

This Father’s Day, moms and dads can grow closer by taking this first step to strengthening their marriage. A step that will preserve their marriage, honor their spouse, and give their children a Godly heritage.